28-year-old Brooklyn-via-Morocco artist Meriem Bennani is running late. She's in the middle of a Snapchat drawing, an obsession of hers, which consists of the artist taking videos around her adopted city of New York and adding carefully constructed graphics -- most recently animals made out of food emojis. And while Bennani says these snaps aren't at the same level as her formal projects -- the latest of which is her large scale MoMA project, FLY -- like all of her art, the short videos are both cathartic and a way for her to create her own augmented universe.

"I just like playing with reality," she said. "Maybe it's a power thing. I start with a joke, and I feel like when you live in the city, you can create all these narratives because there are so many people around."

And while her social media projects often take inspiration from popular culture (i.e. herTwin Peaks-inspired interpretation of Rihanna's "Work"), much of her actual art is acutely personal, as she often inserts herself and her Muslim background into her videos. 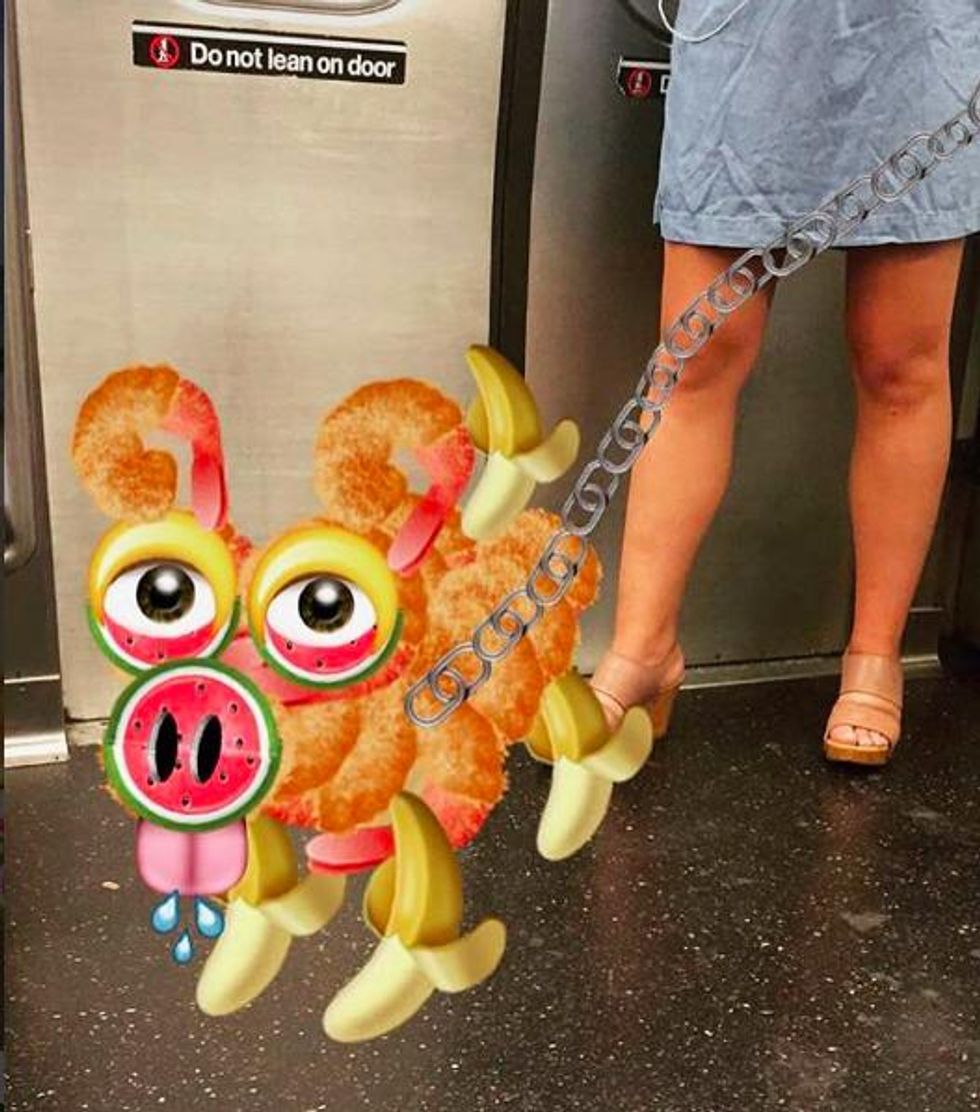 Bennani grew up in Rabat, Morocco, drawing cartoony pictures of skater and surfer girls, before moving to France and then New York to attend Cooper Union. She has never stuck to one particular medium--her work right now focuses on film and animation--but her inspiration stays consistent, coming mostly from trips she takes to her homeland.

As a result, she is particularly interested in exploring the relationships between women in Morocco through her female relatives. Take FLY, which is an immersive video experience and her first solo museum exhibition. Viewers enter a plush maroon room and are surrounded by different shaped screens projecting videos of Morocco, from a wedding ceremony to Bennani driving around with a relative, gossiping. An animated fruit fly guides the viewer through the experience, as dancer's bodies are contorted into unnatural shapes before the video shifts to a women singing, complemented with an ornate, if not gaudy, chandelier glistening on a neighboring screen. Evading "conventional narrative," FLY encourages viewers to come up with their own story amongst multiple, overwhelming streams of information, a visual metaphor for the contemporary way we observe the world on a daily basis. 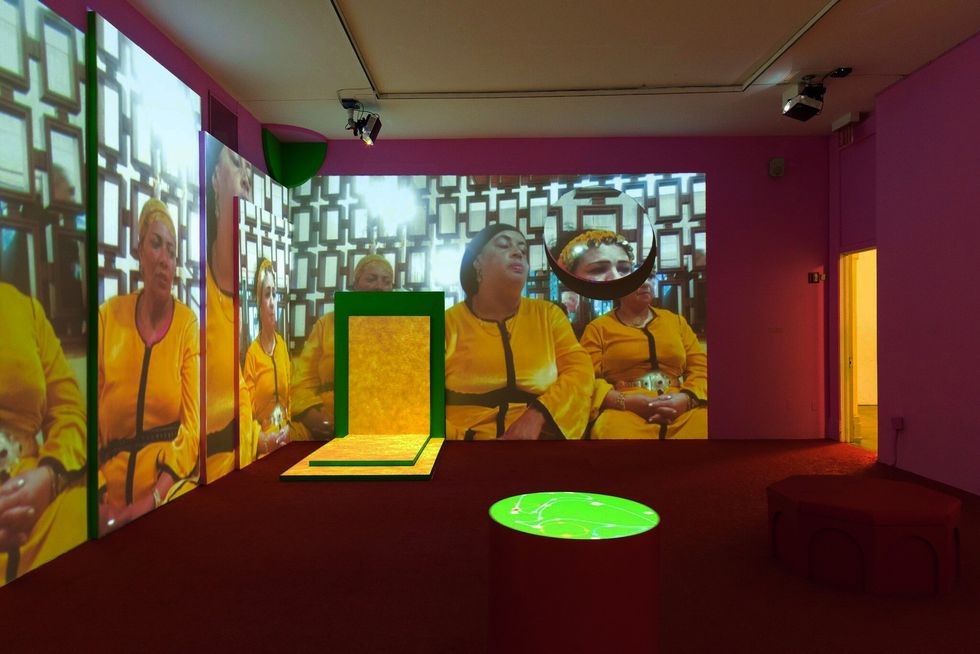 Bennani also garnered attention for similar works, like her Fardaous Funjab project, which continue to meld contemporary American pop culture with one often condescendingly derided in the West as "antiquated." That particular project started as a series of imagined "avant-garde" hijabs -- including one equipped with Bluetooth and one with a Metallica logo -- that Bennani recently expanded to be a reality TV show following Fardaous Funjab, an eccentric hijab designer played by Bennani's mother. According to Bennani, the planned series exists in an alternative world, a hybrid of the Middle East and North Africa. 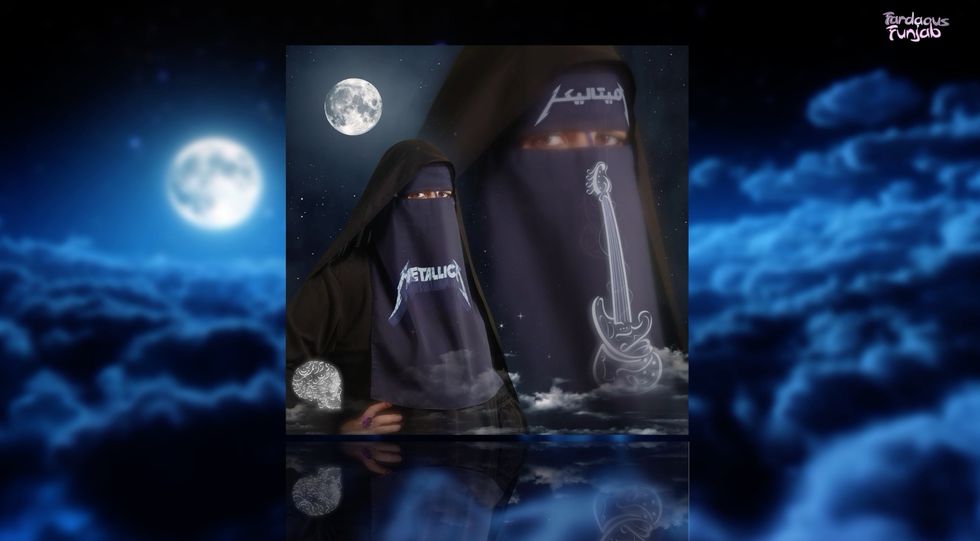 "It's this exercise of making an imaginary place and knowing it so well that it's then a real world that can generate its own art projects," she said.

For Bennani, this could range from a photo series of Funjab's latest collection to a video interviewing the people who work in the factory where funjabs are made. But she said even these more humorous projects can be seen as political, given the heightened attention given to Muslim women and their choice of dress. She said that Funjab is a tool through which she can explore more sensitive and timely topics without the fear of being wrong or "doing it wrong." 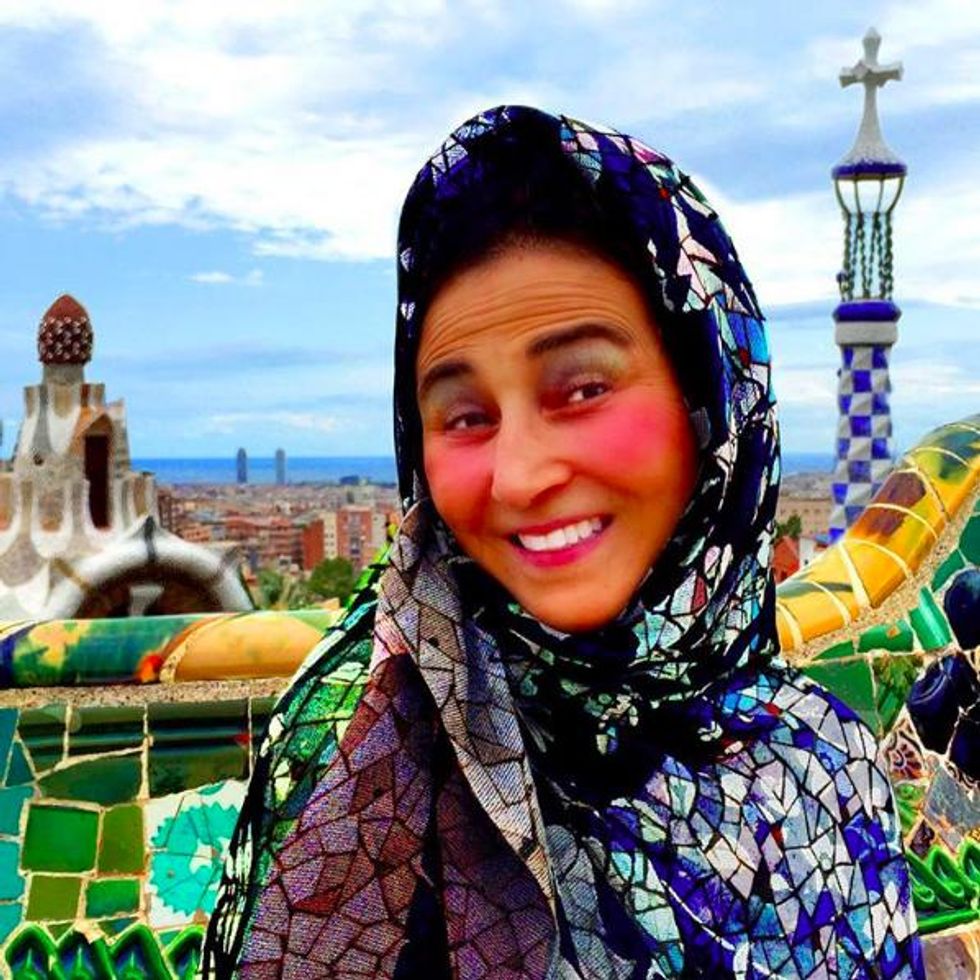 "Everything becomes political because she's this symbol of a self-made woman, kind of a surprising feminist within a system that is usually looked at as patriarchal," she said.

That's the crux of Bennani's art, which she describes as a "constant back and forth between documentation and magical realism." This is most clear on her social media accounts. Earlier this year, she shared a series of Instagram videos placing emoji cheese hats on unsuspecting New Yorkers. While in Rabat, she found and shared an orange building resembling a block of cheese, which she dubbed the cheese hat factory. 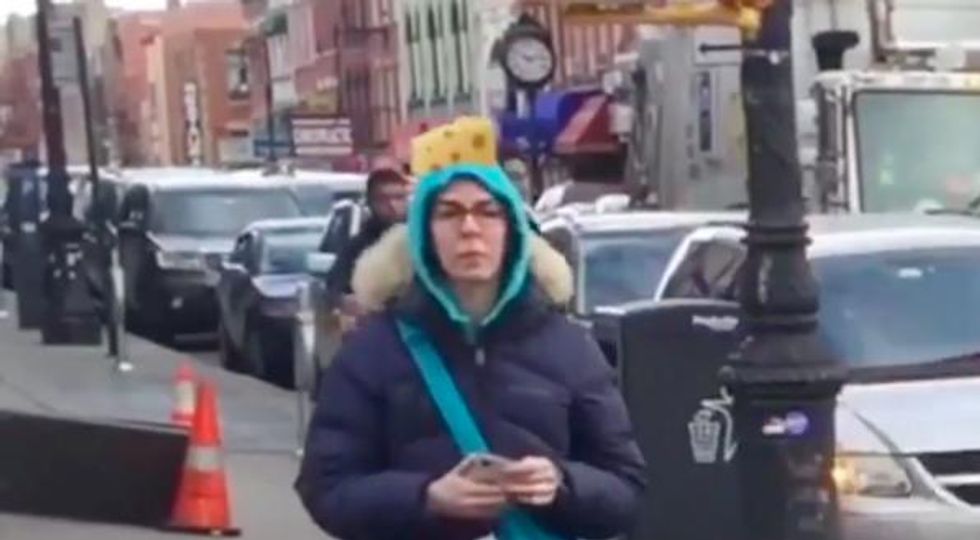 Still, with so much of her work coming from her time in her home country, she said she feels pressure to portray Morocco to an American audience in a way that is accurate, even if it does feature cheese emojis.

"It does feel sometimes like a burden," she said, "Like I have to live up to some expectations. Or I have this opportunity to have a voice in New York, where I live, about Morocco, and I feel like I talk for people, but I actually don't. I talk for myself."

Instead, she said the country comes through in "emotional" and "completely spontaneous" ways. After documenting her trips, she will come back to the United States and notice narratives in her hours of footage, building them into sequences that tell a story. She said the most successful moments of her art are when her animated "interventions" are so subtle, they leave the viewer wondering whether what happened was real or not. She views her work through an empirical lens as she humorously captures the contradictions and bizarreness of everyday life.

And while Bennani is inspired by the world around her, she is in no way limited to it. She takes what already exists and then builds an surreal, alternate narrative out of it. Part of her work functions on suspending your disbelief to engage in her constructed reality. But even in a fake world, she said she hopes she can provoke a real reaction.

"It's my primary goal when someone walks into the work to first have this very sensory experience and experience humor, experience emotions and have moments of visual contemplation the same way you could do in front of painting," she said. "Maybe this is very ambitious, but that is my ambition: That you could have this very wide range of experiences that are very close to life, but this amplified version of life."

Bennani will be organizing and hosting MOMA PS1's Night at the Museum on August 25 to mark the closing of "FLY."