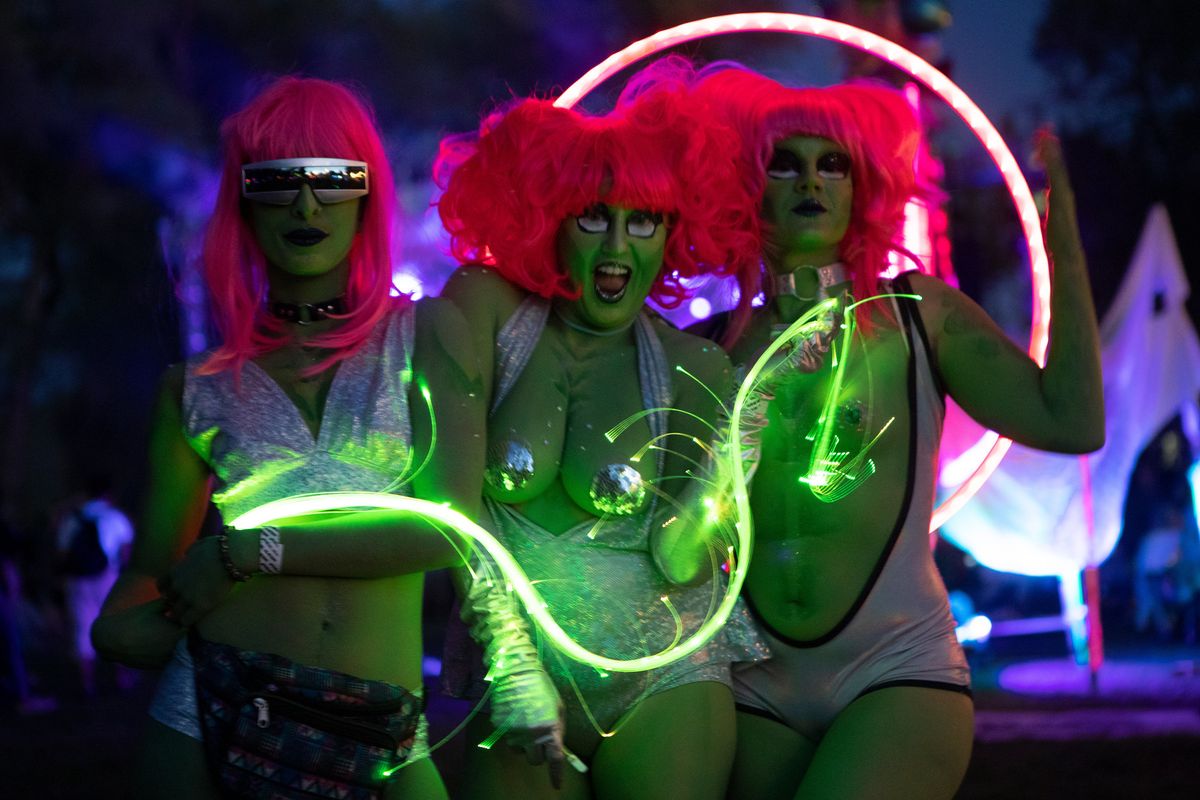 The Weirdest Fest in the West Is Meow Wolf's Taos Vortex

On paper, nothing should make sense about Taos Vortex.

The lineup dips into almost every possible genre and generation, from the old-school funk of George Clinton and the Parliament Funkadelic to the EDM-adjacent house of Claude VonStroke, the Afrofuturistic R&B of OSHUN to the satirical stylings of Reggie Watts and DJ John Tejada's collaborative project, Wajatta. The crowd is a mix of off-season burners, art freaks, families with small children, and raver bros all intermingling. (To the young girl running around in a feathery show girl headdress the whole weekend: you are my hero.) And it all takes place on a small city park in the remote ski resort town/art colony of Taos, New Mexico, two and half hours north of Albuquerque.

The festival is the brainchild of Santa Fe art collective, Meow Wolf, best-known for their immersive art space, the House of Eternal Return. Like Buckminster Fuller took a tab of LSD and read House of Leaves, the highly Instagrammable, psychedelic fun house is a collection of installations assembled by a small army of artists: neon forests, the deck of an intergalactic travel agency somehow housed inside a two-story family home, and more. Meow Wolf approached building their flagship music festival, Taos Vortex, with this same strange ethos.

Various installations and performances were scattered throughout the festival grounds, from an egg-themed tent to a giant praying mantis puppet lovingly referred to as "Barry Ro-mantis," which made walking from stage to stage a routinely disorienting experience. Taos Vortex provided the kind of atmosphere where a large purple muppet freestyle rapping out of the back of an ice cream truck felt completely normal.

So if Taos Vortex is considered a "niche" festival, you would be hard pressed to explain what exactly that niche was. It all pointedly defied definition in favor of bringing artists and musicians under one DayGlo-colored umbrella.

For those who couldn't make the pilgrimage to Taos Vortex themselves, relive the festival in all of its weirdo glory, below: