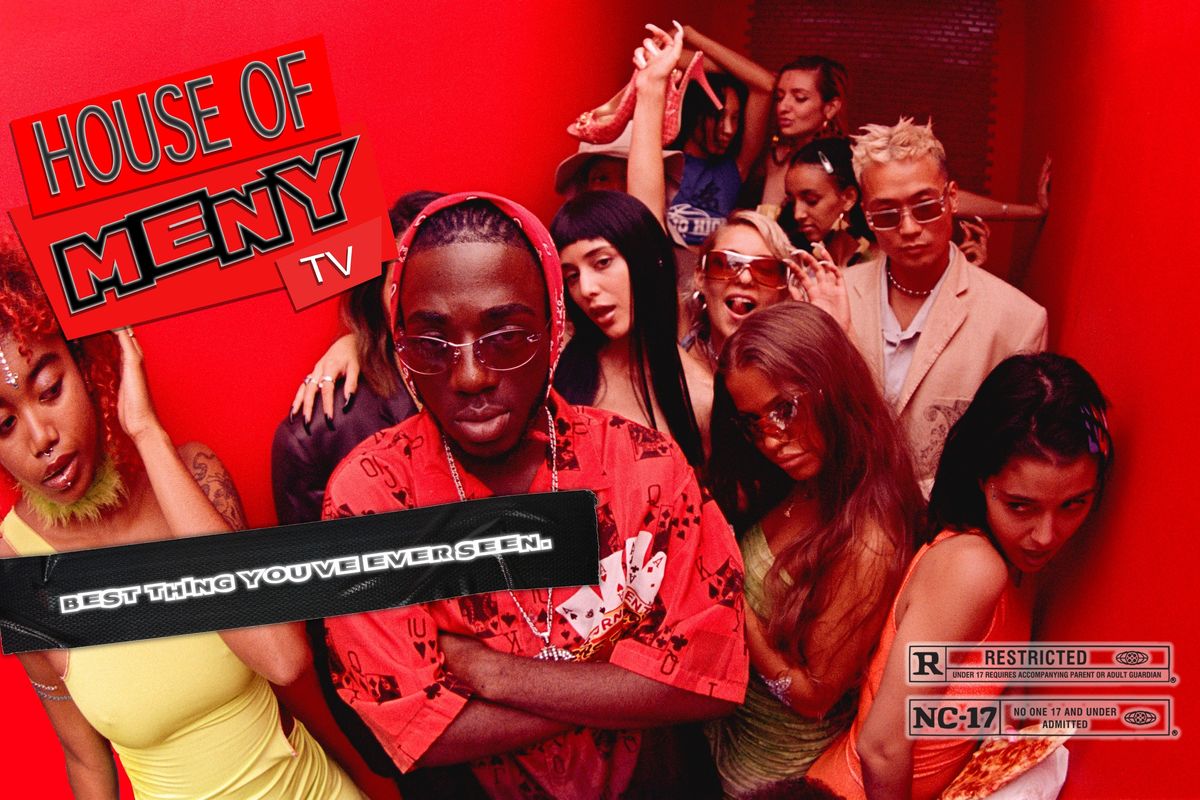 Menyelek's New Collection Throws Back to the Early 2000s

There's no denying that '90s and early 2000s fashion is making a comeback. Multiple brands have released lines that mimic the iconic looks from the years that gave us colorful crop tops, low-rise jeans, cargo pants, bandanas and tracksuits. But Menyelek is bringing back the 2000s in a major way, highlighting Black culture and its influence on style and pop culture at large.

Related | Petra Collins Brings Back the 2000s With New Line

Menyelek Rose, designer and founder of the brand, says that 2020 has given him plenty of time to reflect on his latest collection. "I wanted to go back to a better time in the US and for my culture," he told PAPER. "I truly believed that the early 2000s was one of the strongest times and most Influential times for Black culture and for Black Americans."

He continued, "The influence was so apparent and obvious, it was in the music and shown in TV. There was this careless vibe in the air. The culture itself was a mixing pot and at that time seemed [like there was] more time for praise, less time for judgement."

The collection consists of everything from tight dresses to baggy bottoms and, of course, bold, loud colors and patterns. Rose says he took inspiration particularly from reality TV series like Real World, Flavor of Love and Making the Band. He also looked at style icons who made a splash in the 2000s, like 50 cent, Beyoncé, Christina Aguilera and Britney Spears.

But the designer had one main intention behind every piece in this spring line, which he wanted to make clear. He said, "In the end, my goal was to show that Black culture is world culture and should be held to the highest thought."

See all the looks in the gallery, below.

Dua Saleh Is Joining The Cast Of Sex Education