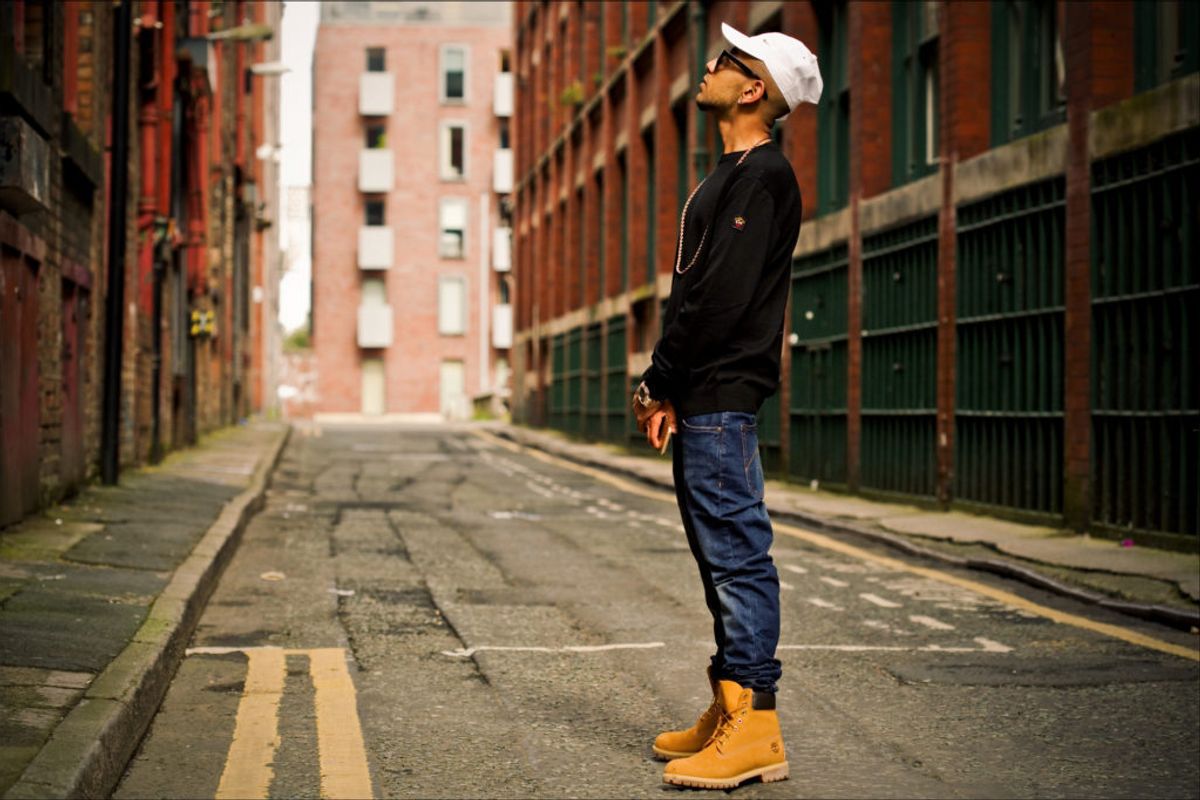 Adnan Khan Made The Hottest Beat In America — But Still Can't Get Into The U.S.

Desiigner's "Panda" was inescapable this summer -- a song that broke Billboard records, a non-American monopoly on the carts and conventional label procedures in the span of two months -- and a great deal of this success was thanks to British-Pakistani producer Adnan Khan. Better known on the Internet as Menace, Khan produced the beat for the sleeper hit that, in one fell swoop, went from YouTube to being sampled on Kanye's The Life of Pablo, winning a nomination at the BET Hip-Hop Awards this year for Best Track in the process. However, in the midst of all this career-making news, there was just one problem: Khan couldn't get past U.S. border control in time to attend the BET Awards because of his Muslim-sounding name.

Khan has been producing beats for a decade, since he was 12. He grew up in a household filled with his dad's Billy Ocean and Michael Jackson records. As a kid in Manchester, he nurtured a deep love for Big Pun, Nas, and Biggie. But it was the instrumentals of Scott Storch and Dr. Dre that filled his mp3 player. He began making his own beats and, as he got older, he started selling them online to people like The Outlawz's Young Noble.

"[Producing beats] was just a hobby then since I was still in school and working part-time," Khan said over the phone. "But when I saw that I was generating money from it it became serious. I treated it like a job."

When he sold his instrumental, "Maniac," to Desiigner over the internet for a flat $200, he was working as a cell phone repair technician. The beat took two hours to make start to end and had only racked up 10,000 views on his YouTube channel--his other songs garnered upwards of 200,000 views each. By his standards "Maniac" was a dud.

It wasn't until someone recognized his distinctive tag and tweeted at him about Desiigner's track did he realize his beat had been used. When he first looked at the video for "Panda" it only had around 30,000 views. But by the next day it had shot up to 100,000.

"I was just waiting for this to happen," Khan said. "Desiigner took the beat and made something out of it."

Two months after it was released on YouTube, "Panda" was sampled on "Pt. 2" of The Life of Pablo. The song went triple platinum and got Desiigner signed to Kanye's G.O.O.D. Music label. Khan was only notified three days before Pablo came out that his beat would be on it.

"Sometimes I feel like that wasn't even real. It was one of the last tracks put on the album," he said.

Right after Pablo was released, Khan's phone started blowing up with people requesting beats "just like 'Panda.'" The producer was soon in the center of an all-out bidding war. He came out of it with a publishing deal with Stellar Songs, putting him in the company of Charli XCX, Fetty Wap, and Sam Smith.

When his track got nominated a few weeks ago for a BET award, Khan rushed to put in the paperwork for his visa, only to have the process indefinitely elongated, despite the fact that he had valid reasons for entering the country and the lack of a criminal record. In the political climate where Donald Trump could call for a national ban on Muslims, Khan was considered a safety threat BY WHO? SPEC THAT IT'S US IMMIGRATION.

Muslim artists are not a completely foreign concept, though they're still rare in the pop landscape. DJ Khaled, who calls himself a " devout Muslim," and former boy-bander Zayn Malik, have both been very open about their religious identities. They remain a minority in their genres but are still powerful forces of influence. Khan too is beginning to see himself as a bit of a trailblazer in the music industry.

When he considers his own role as a Muslim producer, one who was locked out of the country despite making the smash hit beat of the year, Khan is both understanding of the fear that surrounds him and tired of it.

"With the visa, they wanted to know every little detail about who I was because my name brings up a lot of problems in America for [South] Asians," Khan said. "So they had to do a full check. To be honest I don't see it as a big issue anymore because I see there's a lot of problems."

"Then again, obviously, it's not fair. I could've come to America with a visitor visa but there's a high chance I'd get detained or probably get deported. I've been hearing of a lot of people getting deported. I didn't want to take that risk."

But Khan remains hopeful. Because while he's upset about missing the BET Hip-Hop Awards this week, but he says he'll definitely be back for the Grammys in February.