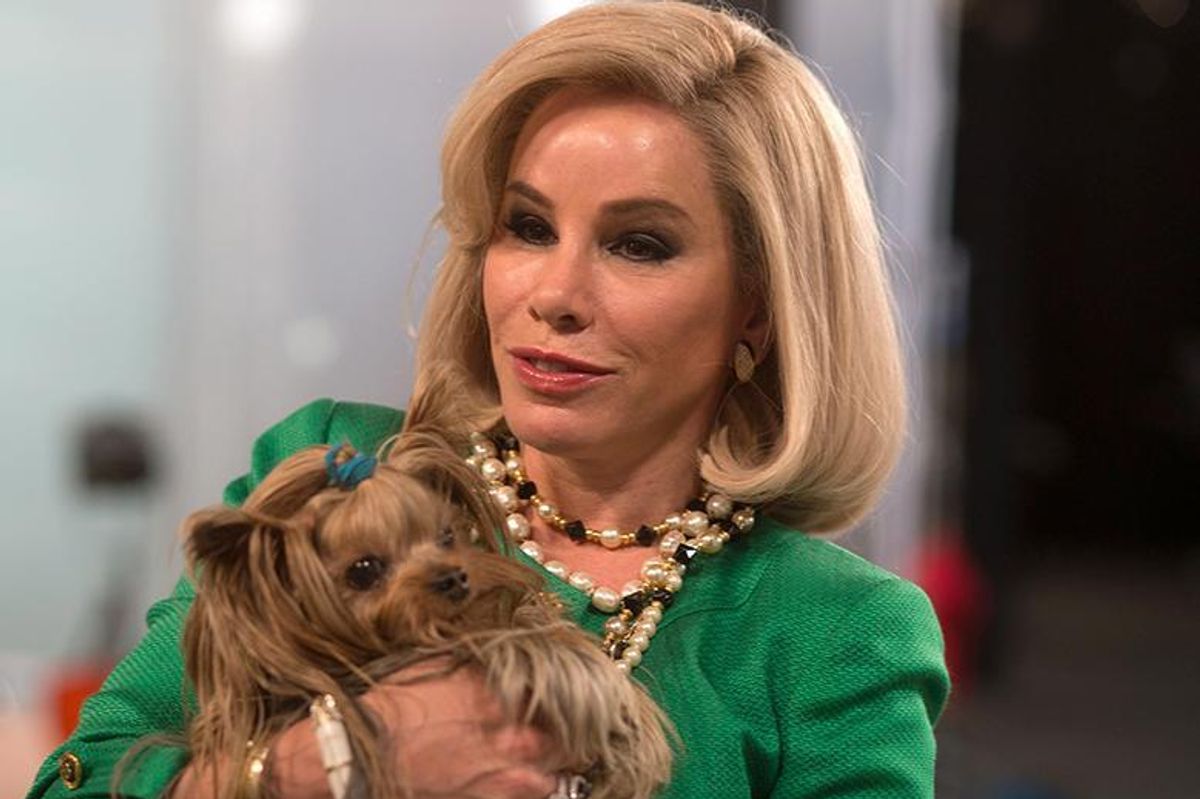 Melissa Rivers Plays Her Mother In 'Joy,' And the Resemblance Is Jaw-Slackening

David O. Russell called upon the most unlikely (but most fitting) candidate to play the late and great Joan Rivers in his new biopic Joy: her daughter, Melissa.

The movie tells the story of Joy Mangano (played by Jennifer Lawrence), the inventor of the Miracle Mop, and her rise to QVC fame.

Entertainment Tonight released an exclusive sneak peak at the film's interaction between Joan--a fellow QVC queen--and Ms. Mangano during a taping in the early 90s; Melissa's embodiment of her mother is chillingly accurate, down to the very movements.

The Fashion Police host was (understandably) hesitant about playing her own iconic mom, especially with her untimely passing in 2014 still being fairly fresh.

"I think I was more freaked out in the hair and makeup tests than I was once I got on set," she told PEOPLE. "It was bizarre. I stopped looking in the mirror."

After talking things out with Russell, she had a change of heart.

"I thought, 'Seriously, when am I ever going to get to work with Bradley Cooper, Jennifer Lawrence and David O. Russell? I was like, 'OK, I'm in.'"

Melissa is no stranger to this sort of meta-acting; in 1994, she and Joan portrayed themselves in a made-for-TV movie called Tears-and-Laughter: The Joan and Melissa Rivers Story, about their struggles following the suicide of Joan's husband/Melissa's father, Edgar Rosenberg.

Right now, I'm sure Joan is proud, but also laughing her ass off in heaven with a martini in hand.