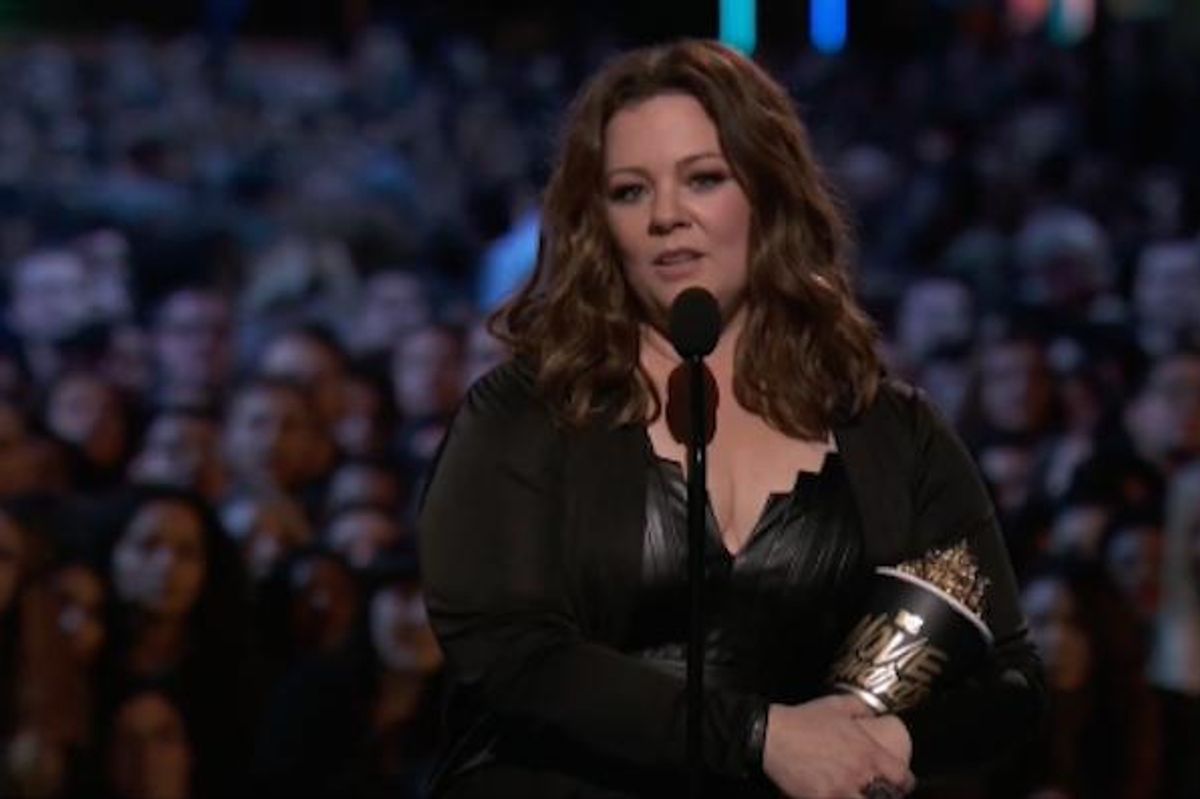 The actor, whose current movie The Boss is dominating the box office, made sure to include a roster of hilarious females who inspired her to do the damn thing, in a truly awesome speech:


I may be the first woman to win this award, but I am ... certainly, certainly not the first one to deserve it. I don't know — I think I'm a walking human patchwork of all the remarkable, funny women who I have loved and studied over the years, and I am only here because Carol Burnett, Jane Curtin, Phyllis Diller, Whoopi Goldberg, Teri Garr, Madeline Kahn, Lucille Ball, Gilda Radner, Julia Louis-Dreyfus, Diane Keaton, Tracy Ullman, Bette Midler, Lily Tomlin, and my mom ... who taught me not to fear being the butt of the joke, taught me not to worry about being likable or perfect, and to lovingly go for the kill."