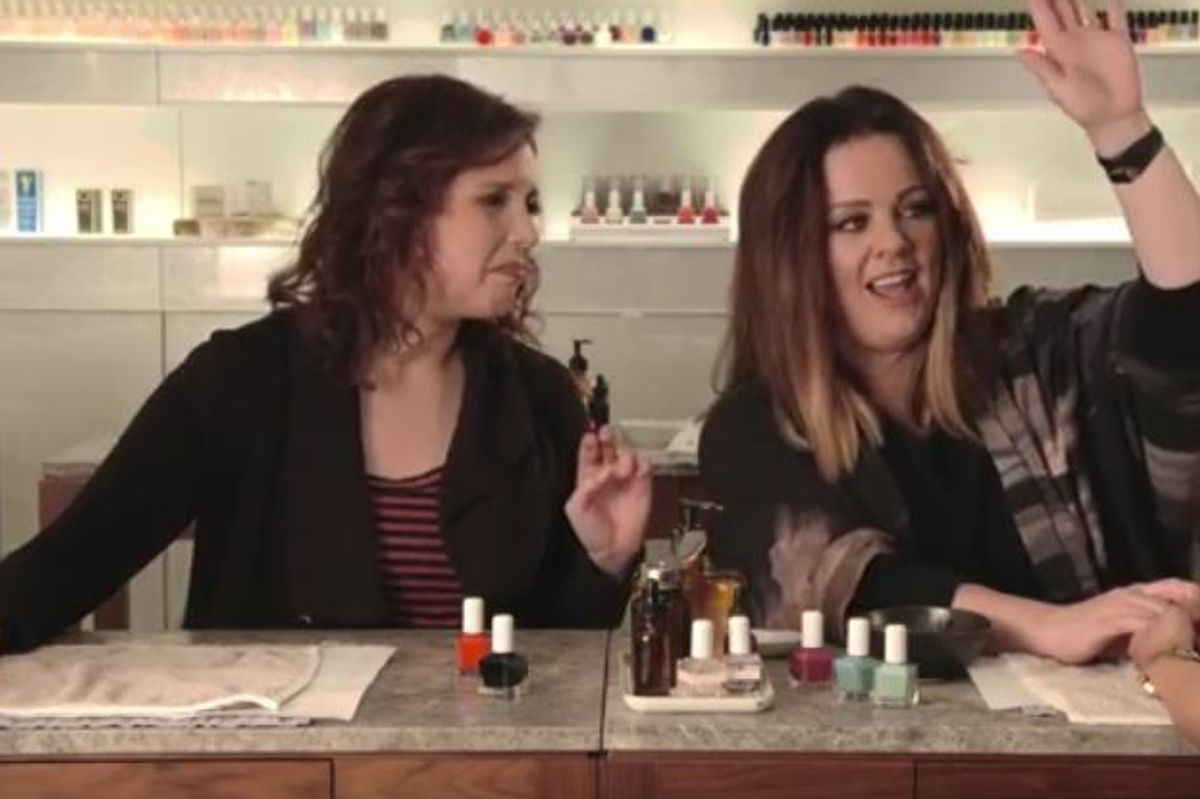 Academy Award-nominee eternal diamond Melissa McCarthy is hosting the upcoming episode of Saturday Night Live, with Kanye descending from his copper realm to b the musical guest.

In the official promo for the show, McCarthy and SNL queen Vanessa Bayer perform various mini-sketches while enjoying a manicure.

The sketches start off with some amusing pun moments, including Melissa confusing Vanessa's reference to "polish" as a racist joke about Polish people, and debating whether or not to exclaim "NAILED IT!" after her manicurist finishes.

There's also a cry-laugh moment after Bayer exclaims that her nail polish is called "Saturday Night!"

"What's yours say?" She asks Melissa.

Watch them rap battle below.