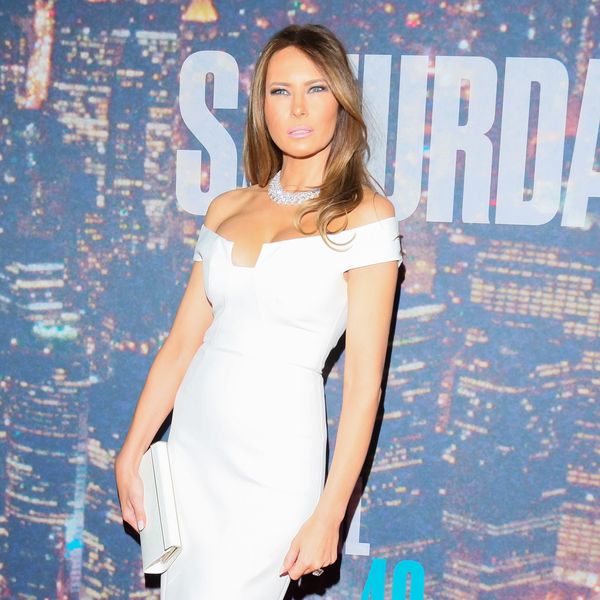 Melania Trump underwent surgery for a benign kidney condition today at Walter Reed National Military Medical Center, CNN reports. The 48-year-old first lady will likely stay in the hospital, which is located near Washington, DC, for the rest of the week. Trump is the first first lady to undergo a serious medical procedure while in The White House since Nancy Reagan had a mastectomy in 1987 after being diagnosed with breast cancer. Ten years prior to that, Rosalynn Carter had a benign tumor removed from her breast in 1977.

Communications director Stephanie Grisham wrote in a statement, "This morning, first lady Melania Trump underwent an embolization procedure to treat a benign kidney condition. The procedure was successful, and there were no complications...The first lady looks forward to a full recovery so she can continue her work on behalf of children everywhere."

The work that the statement refers to is Trump's "Be Best" campaign, which broadly aims to lessen the negative impacts of social media, improve children's happiness and well being, and tackle the nation's the opioid epidemic. Trump received backlash for a booklet she published as part of the campaign when people noticed it looked very similar to one published by the Federal Trade Commission in 2009.