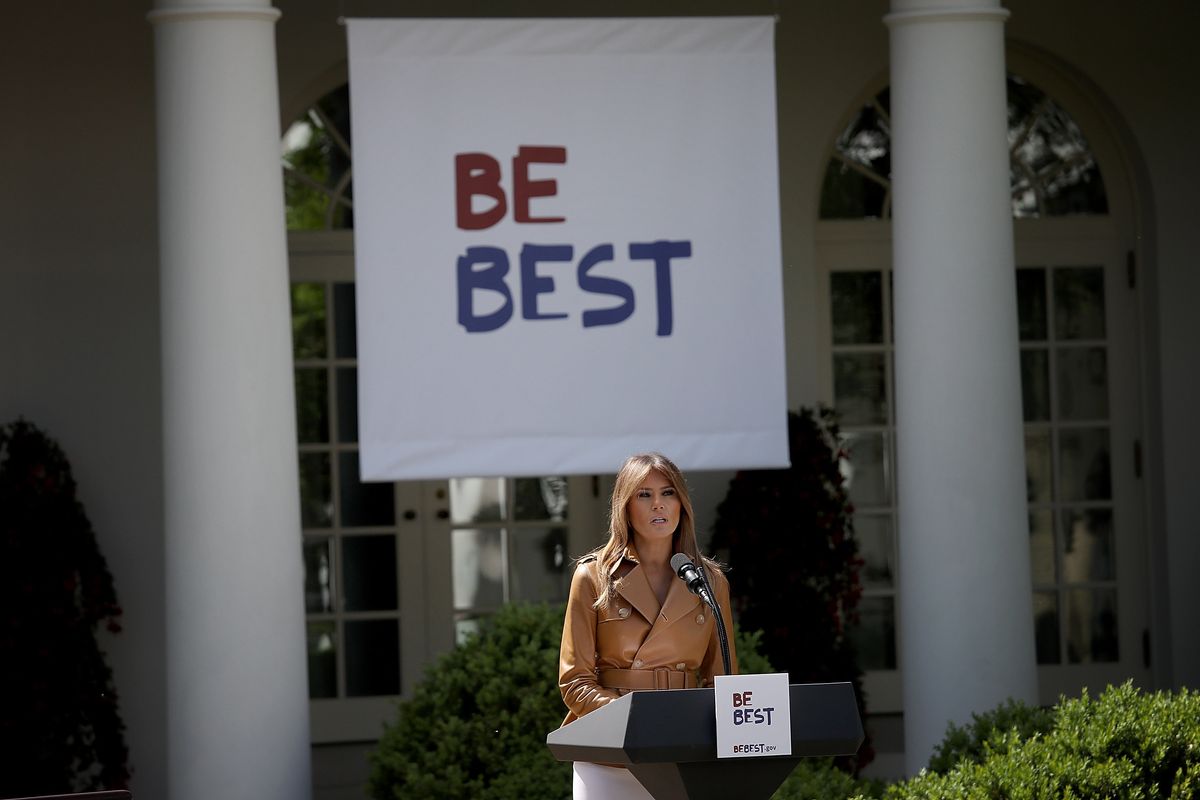 Melania Trump recently launched her Be Best campaign, which seeks to improve childrens' well-being, decrease social media use, and address the country's opioid crisis. It feels contradictory, then, that the Trump Administration has become notorious in recent months for tearing immigrant children away from their families at the U.S. border.

This spring, the U.S. government instituted a "zero tolerance policy" which now charges undocumented immigrants coming to the U.S. with federal crimes, and doesn't have a distinct plan for what to do with the children it takes away from them as they await trial. Between April 19 and May 31 of this year, almost 2,000 children were separated from their parents. It was recently reported that many of those children are being held in cages. Some cages hold as many as 20 children.

Now, Melania has vaguely spoken out about the issue, carefully avoiding any direct criticism of her husband's newly-imposed immigration policy, saying instead that both sides need to make an effort to reform the way immigrants are treated. She told CNN via her communications director, Stephanie Grisham, "Mrs. Trump hates to see children separated from their families and hopes both sides of the aisle can finally come together to achieve successful immigration reform. She believes we need to be a country that follows all laws, but also a country that governs with heart."

The Democrats are forcing the breakup of families at the Border with their horrible and cruel legislative agenda. A… https://t.co/cJqNXOMXpH
— Donald J. Trump (@Donald J. Trump)1529082494.0

President Trump has also tweeted about the fact that families are being torn apart at the border, blaming it entirely on Democrats. In a tweet he made on June 15th, wrote, "The Democrats are forcing the breakup of families at the Border with their horrible and cruel legislative agenda. Any Immigration Bill MUST HAVE full funding for the Wall, end Catch & Release, Visa Lottery and Chain, and go to Merit Based Immigration. Go for it! WIN!"