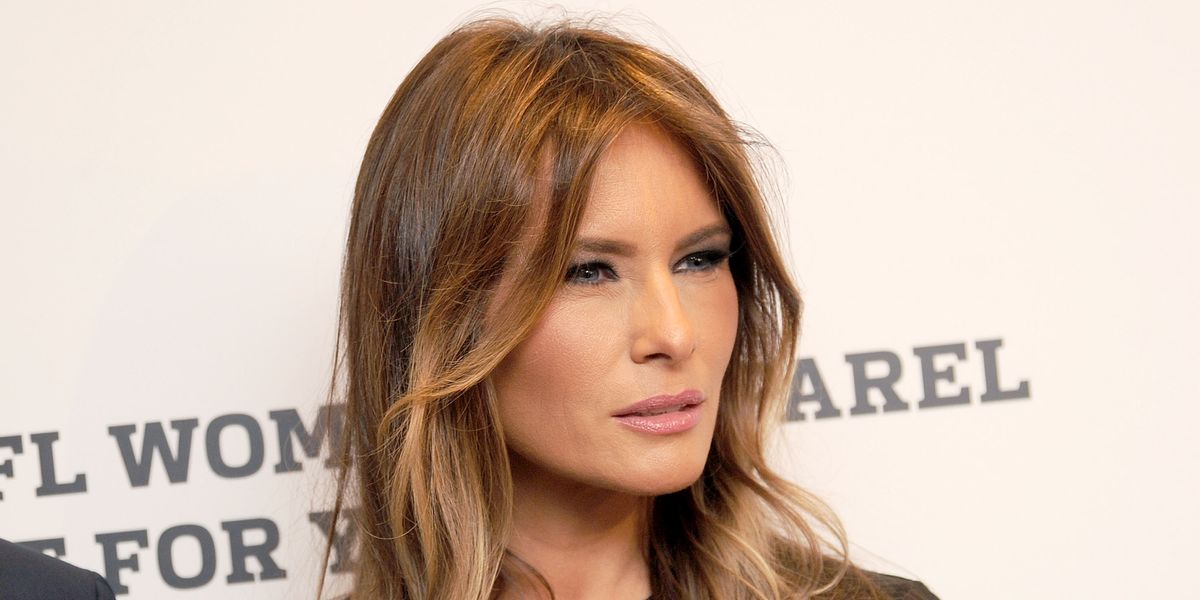 Melania Trump is back from living out her fashionable colonial fantasy/Indiana Jones cosplay in Kenya, Egypt, Ghana and Malawi, where she spent some solid time cuddling Black infants for photo ops and tussling with baby elephants.

And back with a bang! After silence during her international travels, the First Lady has finally weighed in on the Kavanaugh hearings, and addressed the #MeToo movement for the first time.

In an exclusive interview with ABC World News Tonight, Trump was asked directly if she supported the #MeToo movement. Her answer strangely sounded like yes, but when examined, was actually a hard pass.

"I support the women, and they need to be heard." She began. It was a promising start, but took a quick turn: "We need to support them, and also men, not just women."

Her thoughts on Kavanaugh, or "men in the news who've been accused of sexual assault?"

"We need to have a really hard evidence that, you know, if you're accused of something, show the evidence," Melania said. "I do stand with women, but we need to show the evidence. You cannot just say to somebody, you know, 'I was sexually assaulted' or 'You did that to me,' because sometimes the media goes too far and the way they portray some stories, it's not correct, it's not right."

Based on her concern with evidence, it's surprising that Trump didn't speak out on Dr. Christine Blasey Ford's behalf at any point over the last several weeks, given the overflowing, extremely substantial and corroborated evidence that her claims against Brett Kavanaugh, who now holds a lifetime appointment on the Supreme Court, had merit.

Also surprising she's still married considering all the evidence that the 13 different women who have come forward accusing President Trump of various forms of sexual misconduct and assault have presented. Weird!

In all seriousness, Melania's gender betrayal and lack of concern for victims, only ⅓ of whom even feel safe enough to speak about assaults for fear of retaliation, and for whom presenting the quantity and quality of evidence to prove their case in a courtroom is a Herculean task, is no surprise.

White, wealthy women who receive conditional rewards from patriarchy as long as they stay in line, like Melania and Susan Collins, rarely bite the hand that feeds them.