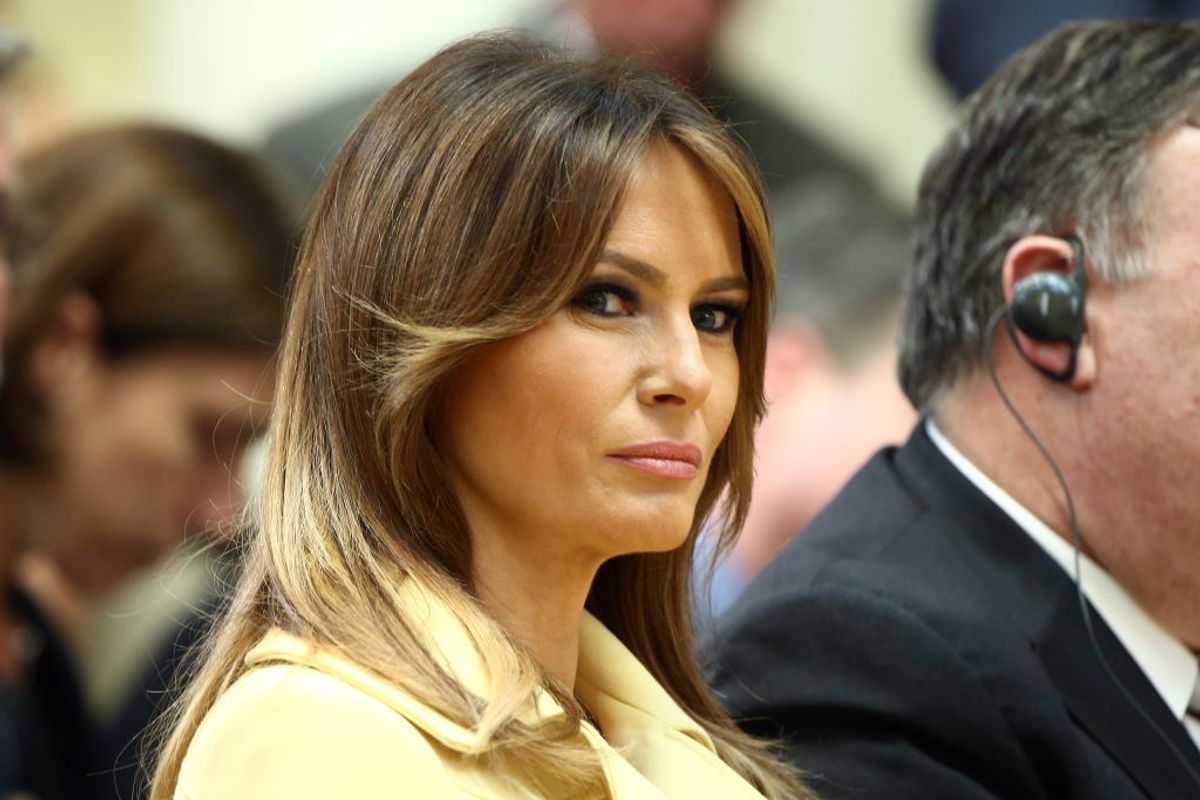 After Donald Trump went on one of his Twitter tirades, this time attacking star NBA player LeBron James after he had been interviewed by CNN's Don Lemon, Melania Trump's spokesperson has reportedly spoken up on the First Lady's behalf. According to reports, Stephanie Grisham said, "It looks like LeBron James is working to do good things on behalf of our next generation and just as she always has, the First Lady encourages everyone to have an open dialogue about issues facing children today."

“It looks like LeBron James is working to do good things on behalf of our next generation and just as she always has, the First Lady encourages everyone to have an open dialogue about issues facing children today”

This clearly isn't an entirely direct response to Donald Trump, as neither the First Lady nor Grisham make mention of POTUS or his latest controversial tweet. But FLOTUS definitely does not side with her husband on this issue, especially because of her #BeBest initiative, which aims to teach kids to be their best selves, focusing on three main pillars: "well-being, social media use, and opioid abuse." This puts the First Lady on Twitter's good side.

So lemme get this straight. LeBron went on CNN to talk about his new school. He also discussed his disdain for Trump. So Trump suggested LeBron was dumb. Now Trump's wife is praising LeBron. "She would be open to visiting the I Promise School in Akron."

Once again, when the President steps up with unnecessary criticism, the First Lady tries to break through with goodness and kindness. #BeBest

Melania breaks with Trump on LeBron criticism https://t.co/skvCaIDsV3 via @politico

Earlier this week @IvankaTrump breaks with flawed policies of @realDonaldTrump, and now @FLOTUS speaks out against her husbands immature comments regarding @KingJames.

There is nothing dumb about putting kids in school. How embarrassing. America deserves Better. pic.twitter.com/cECyA8kxAj

This isn't the first time Melania's had disagreements with her husband regarding political issues. They, too, don't see eye-to-eye when it comes to immigration policy. And recently, his daughter Ivanka Trump has also expressed her disagreement with regards to the family separation going on at the border. In an interview with Axios, she said:

"That was a low point for me as well. I feel very strongly about that, and I am very vehemently against family separation and the separation of parents and children. ... I think immigration is incredibly complex as a topic, illegal immigration is incredibly complicated. I am a daughter of an immigrant, my mother grew up in Communist Czech Republic, but we are a country of laws. ... we have to be very careful about incentivizing behavior that puts children at risk of being trafficked, at risk of entering this country with coyotes or making an incredibly dangerous journey alone. These are not easy issues, these are incredibly difficult issues and like the rest of the country, I experience them in a very emotional way."

And while these are powerful statements coming from the ladies of the Trump family, actual action still needs to be taken. If we're really, really lucky, Donald will take the hints from his wife and daughter. But maybe that's wishful thinking.