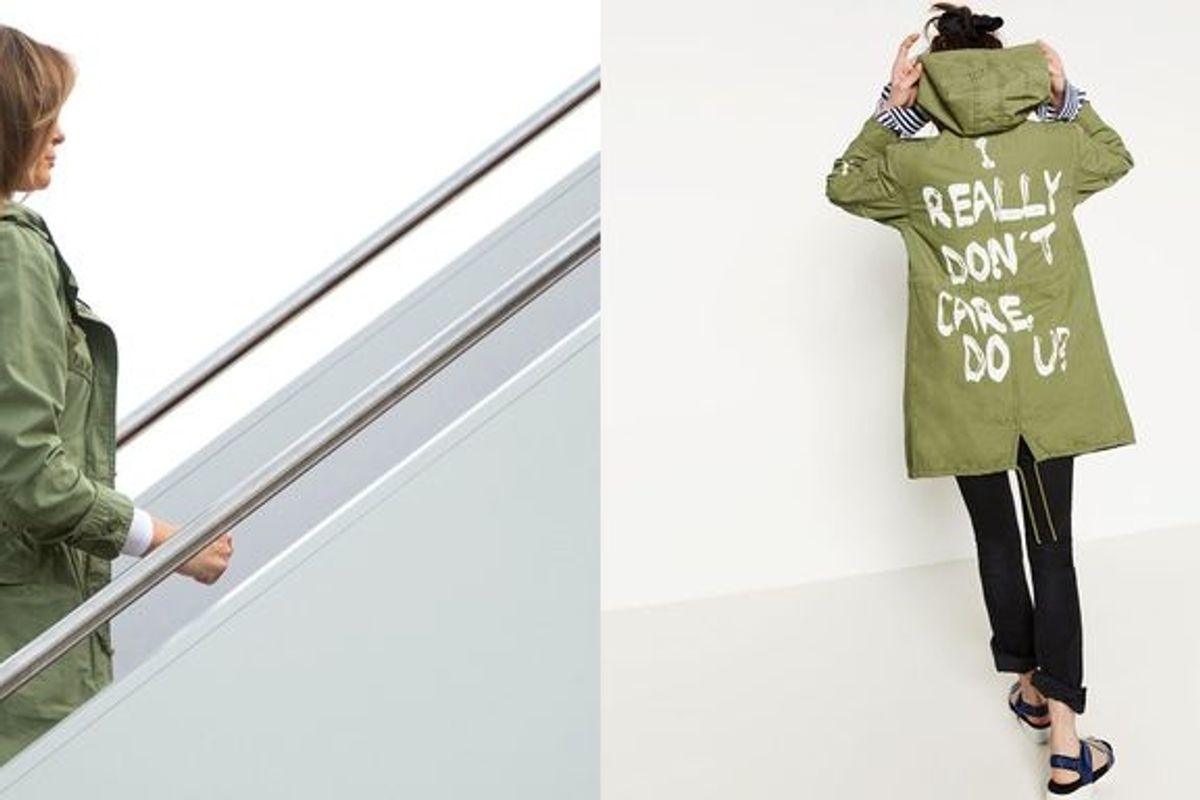 Lady Melania Trump, in one of her first notable appearances since vanishing for over a month from the public eye with a mystery illness, showed up to visit migrant children in shelters located in McAllen, Texas, a day after president 45 signed an executive order to stop separating families crossing the border. Over the past few weeks, the Trump Administration has encountered outrage over the "zero-tolerance" family separation policy set forth by Attorney General Jeff Sessions, a decision that has led to over 2,000 children being displaced.

The two shelters Mrs. Trump visited were the Upbring New Hope Children's Shelter, which currently houses over 50 Latin American children, and one operated by the Department of Homeland Security.

A statement from her office said that the First Lady's goals during the trip were "to thank law enforcement and social services providers for their hard work, lend support and hear more on how the administration can build upon the already existing efforts to reunite children with their families."

Melania also reportedly wanted to see the conditions herself, according to her communications director Stephanie Grisham, "executive order or not."

Not to focus on what the First Lady wore, as coverage sometimes veers away from potential contributions women in power can make and into sexist discussions about her fashion choices, but while traveling, Melania wore a forest-green military jacket by Zara with the words "I don't really care, do u?" inscribed on the back. She changed before deplaning and visiting the shelters, but the image still drew fury. The internet is ablaze with comments ranging from "is she kidding" to "there isn't a drop of human blood in her veins":

Is she f'ing kidding? Can this family be any more unfathomably tone-deaf & insensitive? This is what @FLOTUS wears… https://t.co/ivbsxabo5K
— Andy Ostroy (@Andy Ostroy)1529608669.0

Grisham also told Newsweek that she wasn't aware of the First Lady's look; it was "just a jacket" and there was "no hidden message." The president, however, claimed otherwise:

Of course everything the First Lady or (any female public figure) does isn't about "the clothes," and we should be focused on what appears to be her efforts to help. But for Melania, who is totally silent in the public eye, some of her boldest (and only) statements are made through her fashion choices. Intentionally (no, it's not "just a jacket" when you consider context) wearing a military jacket with a message as nonchalant as that to one of the most fraught political and cultural moments in American history feels like a blatant PR play and a distraction, to be sure. This will be talked about as yet another example of how, even in the face of tragedy, the Trump Administration seems to find ways to avoid accountability.

Accusing the First Lady of tone-deafness gets her off the hook. It implies that she "didn't know" she could cause a stir; that being photographed in an incendiary jacket while she's allegedly going to help the immigration crisis at the border would get any attention. She knew, as everyone knows, that, of course it would.

While it remains to be seen what the president's executive order will actually accomplish, you can support RAICES, Refugee and Immigrant Center for Education and Legal Services, an organization that has so far amassed over $15 million on Facebook to help pair detained children with free and low-cost lawyers.

You can also support the initiative of Parker Molloy, a journalist and editor, called "I Really Do Care," which sends donations to 14 organizations helping immigrants in this crisis all at once. Some of them include the ACLU, Asylum Seeker Advocacy Project, and Kids In Need of Defense (KIND), which is dedicated to protecting unaccompanied children who enter the US immigration system alone to ensure that no child appears in court without an attorney. Donate here.

Perhaps most importantly: November is coming.