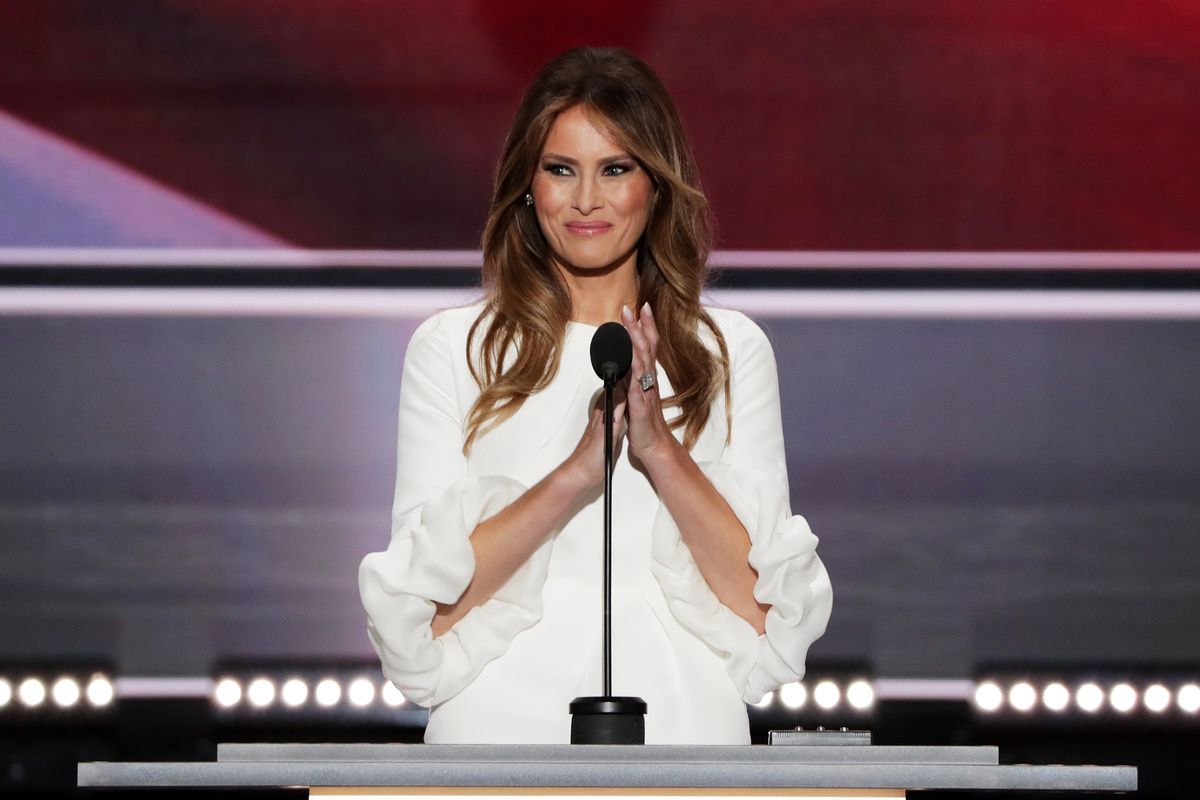 Melania is Free (to Travel to Canada)

The Internet has long since collectively decided Melania Trump, former model and wife of an elderly man currently inhabiting the White House, is being held against her will in a loveless marriage from which she desperately wants to escape. Well, good news, Melania is getting to go on a trip — alone.

The famous hand-swatter will reportedly lead the United States delegation at the annual Invictus Games in Toronto in late September where she will mingle with other dignitaries (including Meghan Markles' boo, Prince Harry, who founded the event in 2014) and live her best life, solo.

Former FLOTUS Michelle Obama traveled to Orlando last year to attend the games, which sees wounded servicemen and women from 17 countries compete in various sports. This year the United States are sending 90 athletes to partake.

"I was heartened by the great success of the inaugural Invictus Games that took place in London in 2015, and the second games in Orlando, Florida last year," Melania said in a statement.

"In just two short years, the Invictus Games have allowed thousands of injured and wounded servicemen and women from many different countries to participate in adaptive sports competitions – something that should be lauded and supported worldwide. I am honored by the opportunity to represent our country at this year's games," she continued.

While Melania is only crossing the border, Twitter should still consider this venture a victory for the #FreeMelania campaign. Who knows how Melania might continue to branch out.