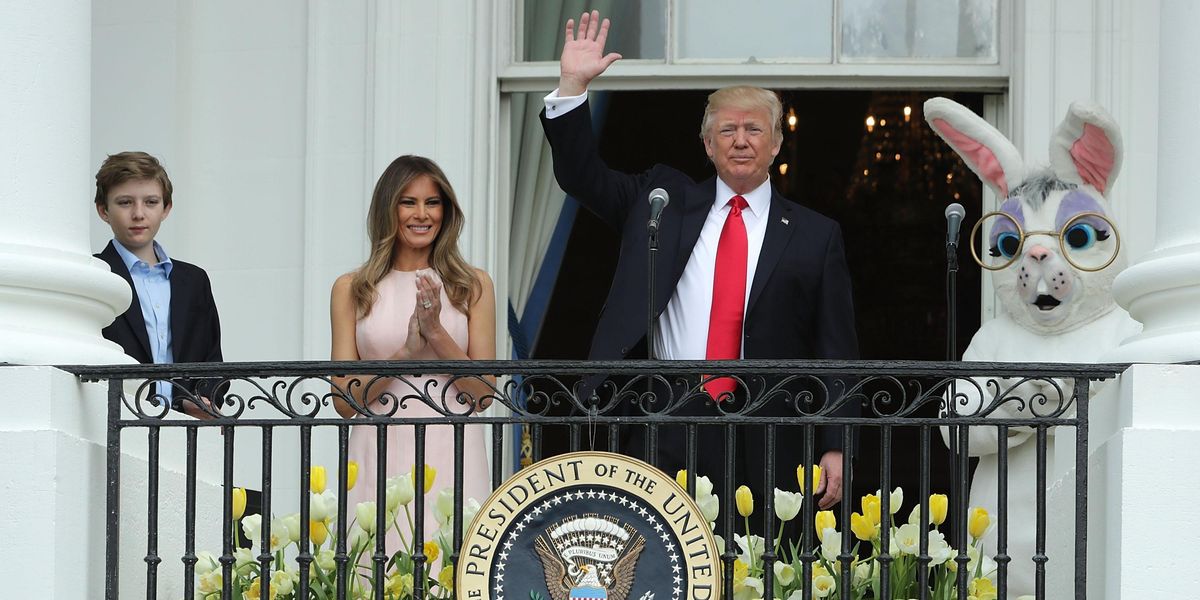 Melania Had To School Donald On Being An American

Oh, to be the First Lady. In between all of the photo ops, ceremonial dinners, receiving of foreign dignitaries, White House decorating, and cyber-bullying fighting, the most thankless job of them all may be the constantly reminding your husband to publicly follow basic American customs.

A clip from the White House Easter Egg Roll today shows Melania gently nudging Donald during the National Anthem, to remind him to put his hand over his heart.

The subtle nudge from Melania reminding Trump to put his hand over his heart for the National Anthem pic.twitter.com/iswL9YMVWv
— Lis Power (@LisPower1) April 17, 2017

Amazingly, this is one of the least uncomfortable clips we've seen of the two.