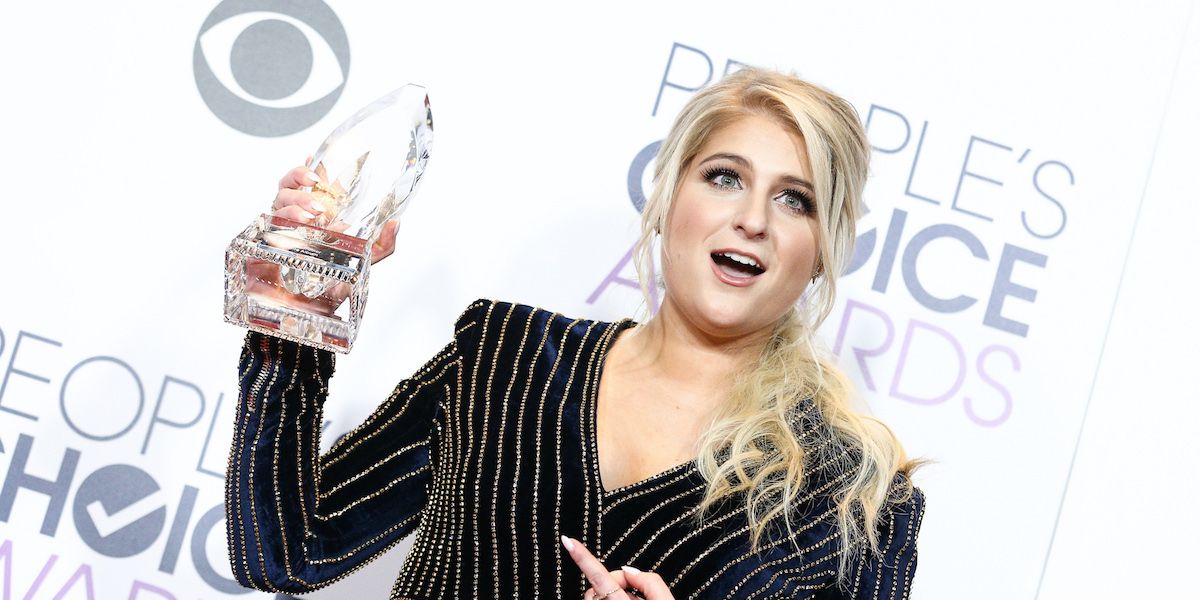 Meghan Trainor Is Concerned About Gun Control, But Chooses Not to Vote

UPDATE: Meghan Traintor would like you to know she IS going to vote, and their previous comments were taken "out of context."

I wanted to learn more about both parties and it's one of the biggest elections of all time. It's such a big deal and I figured it out, and I am ready. I'm ready to vote.

There you have it, guys!

The election can officially start.

Human Old Navy commercial Meghan Trainor gave an interview with Billboard, and if your hair isn't completely pulled out in several small hair clumps strewn on the floor around you by the end of reading it, then you probably have a life.

When pressed about who she is voting for in this upcoming presidential election--arguably the most important one in decades--Meghan, rather glibly, announced that she has "no desire to vote."

I should be way more aware, and if it was [Clinton] or Trump, I'd definitely vote for her. But I've never voted and I don't have any desire to.

It IS Clinton or Trump -- just FYI, Meghan.


I'm going to give Trainor the benefit of the doubt, and assume this interview was conducted before the party nominees were announced, but DAMN.

Worse, she follows this woefully ill-informed statement by adding "I think it's ridiculous that random crazy people can buy guns."

Yes! It is crazy!

That's why you VOTE! For gun reform! Reform that candidates--like Hillary, who you said you *would* vote for--will put into action!

That's why you vote, Meg!

And tell your nearly 8 million combined followers on social media--many impressionable 18 and 19-year-olds--to do the same!

But still, in this current fog of gun-laden carnage that has engulfed our broken nation, hearing a celebrity with so much influence (yes, Meghan Trainor has influence, and I just typed that sentence) so unabashed about her willful ignorance is pretty horrifying.

Which is all to say that if Trump wins in November, it's Meghan Trainor's fault.