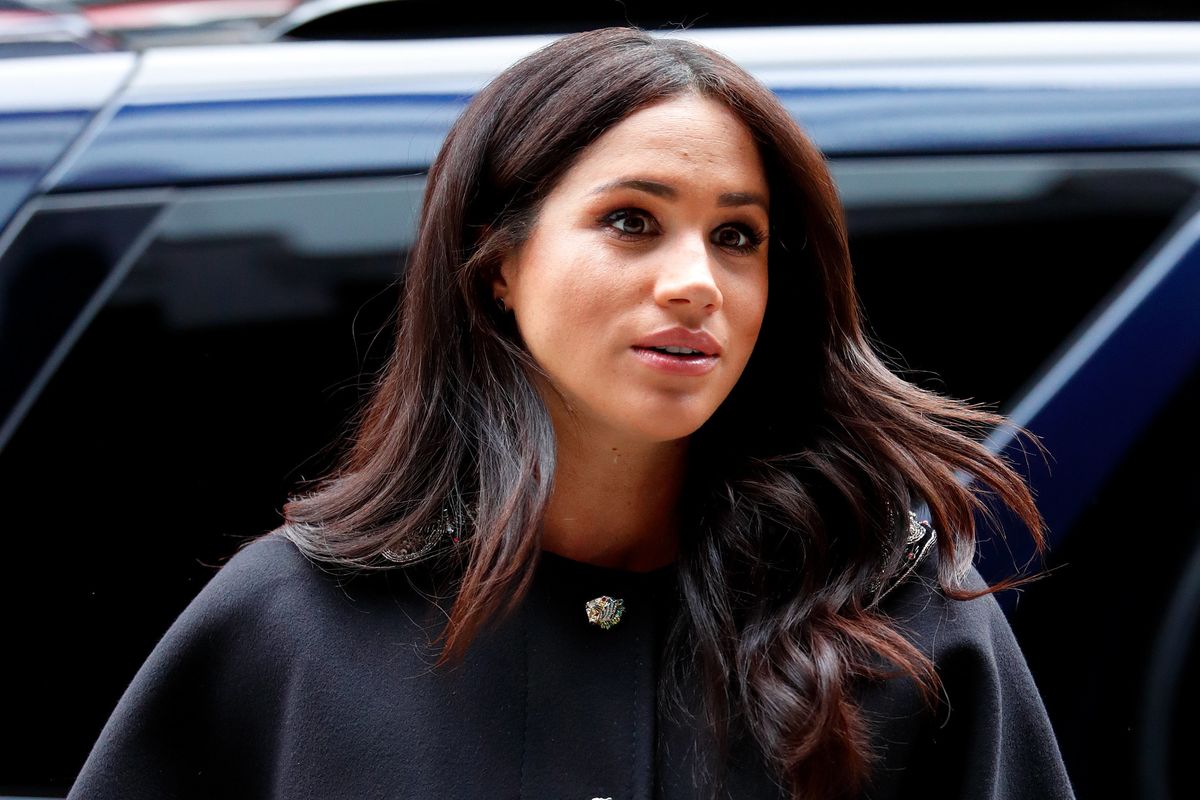 Donald Trump is set to visit Buckingham palace next week, during which I fully expect at least one member of the royal family to recreate the scene in Love Actually when Hugh Grant publicly humiliates Billy Bob Thornton's character (Trump's sleazy president avatar) on live TV.

However, that will not be not Meghan Markle's job. Nope, she, a savvy diplomat, sensible Black American and member of several of the groups Trump continues to threaten most, will politely opt out of making small talk over tea with her former president about the latest in US policy, according to ET's sources.

Meghan hasn't made any official statement about why she's sitting out the meeting. However, before Meghan had to stop expressing any political opinions and delete all her social media, she was openly critical of the president on a number of occasions. In 2016, she called Trump "divisive" and "misogynistic" on The Nightly Show With Larry Wilmore, joking that she'd sit tight in Canada where she was filming Suits if he was elected (she managed to lock down a sweet apartment in England instead).

Personally, I would die to see Megan lose her temper at Trump on behalf of America. However, Meghan has definitely made the right choice for everyone involved except for me — saving herself the indignity of Trump creepily complimenting her work on Suits, and her country's PR team from potential damage control of the horrifyingly awkward photos.