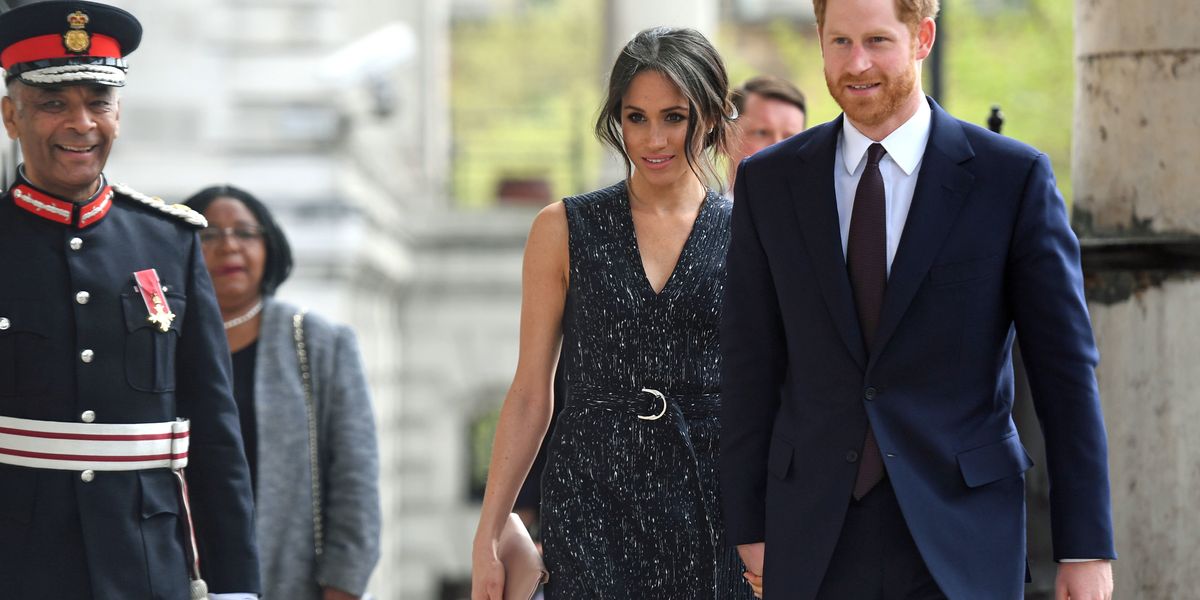 Anytime a new stylish young lady starts dating a member of the royal family, fashion fanatics begin to obsess over her style. That's certainly been the case with Meghan Markle, who marries Prince Harry of Wales this weekend at Windsor.

Ms. Markle is in many ways a new, modern royal bride who is perfect for our times. Just compare MM to Harry's beloved late mother. Lady Diana Spencer came from the highest level of English aristocrats, and her family's history intertwined with the royal family's. Lady Diana had to pass a virginity test — yes, a virginity test in 1981. Talk about finding a golden needle in a royal haystack.

MM is a divorcee of mixed race who is a self-described feminist. In other words, she's a woman of her times. Still that's something radical for the royal family.

MM is unique from a royal fashion perspective, as well. While the rest of the women of the British Royal Family are known for traditional fashion choices, Ms. Markle, with her fondness for sleeveless dresses, nude pumps and crossbody bags has more in common with street style stars than HRHs. — and we think that's a great thing.

Still, we don't think MM has no royal role models. In many ways, she seems to be sartorially a soul sister of Queen Letizia of Spain. Both women are beautiful, stylish and very fashion.

Queen Letizia in a Stella McCartney asymmetrical cape dress at the King of Holland's 50th birthday celebration in April 2017.

The Queen of Spain's signature look includes sexy, beachy hair and a sleeveless look on top, showing off her muscled-but-slim arms, with very high-heeled pumps on the bottom. Both women like the brand Hugo Boss — it's one of Letizia's go-to labels. MM wore a sleeveless Hugo Boss wrap dress with Manolo Blahnik pumps at the 25h anniversary ceremony for the death of Stephen Lawrence.

My favorite look of MM's has been the Stella McCartney cape dress she wore to the Queen's 92nd birthday concert. She paired the chic navy blue dress with Manolo Blahnik pumps and a Naeem Khan zodiac clutch. It brought to mind Letizia's most celebrated look: the red asymmetrical Stella McCartney cape gown that she wore to the 50th birthday party for the King of the Netherlands last year. While the dress had a cape on one side, it was sleeveless on the other. She paired it with custom-made red Magrit platforms and a clutch bag. The queen's jewelry was very movie star and modern — two heirloom diamond bracelets that once belonged to Queen Victoria Eugenia (the current King's great-grandmother who was a granddaughter of Queen Victoria) and a new pair of diamond and ruby chandelier earrings.

In fact perhaps Letizia's approach to jewelry could inform how MM will be adorned on her wedding day. After all, both women are former serious career women who, after short first marriages, have married royal men. They have both had successful careers in the public eye making them savvy about public relations and experienced with dressing and behaving on red carpets on camera. In some way being a queen or princess is a full-time "role," and who is better equipped than a former actress or TV newscaster to deal with the realities of royal life in our digital age?