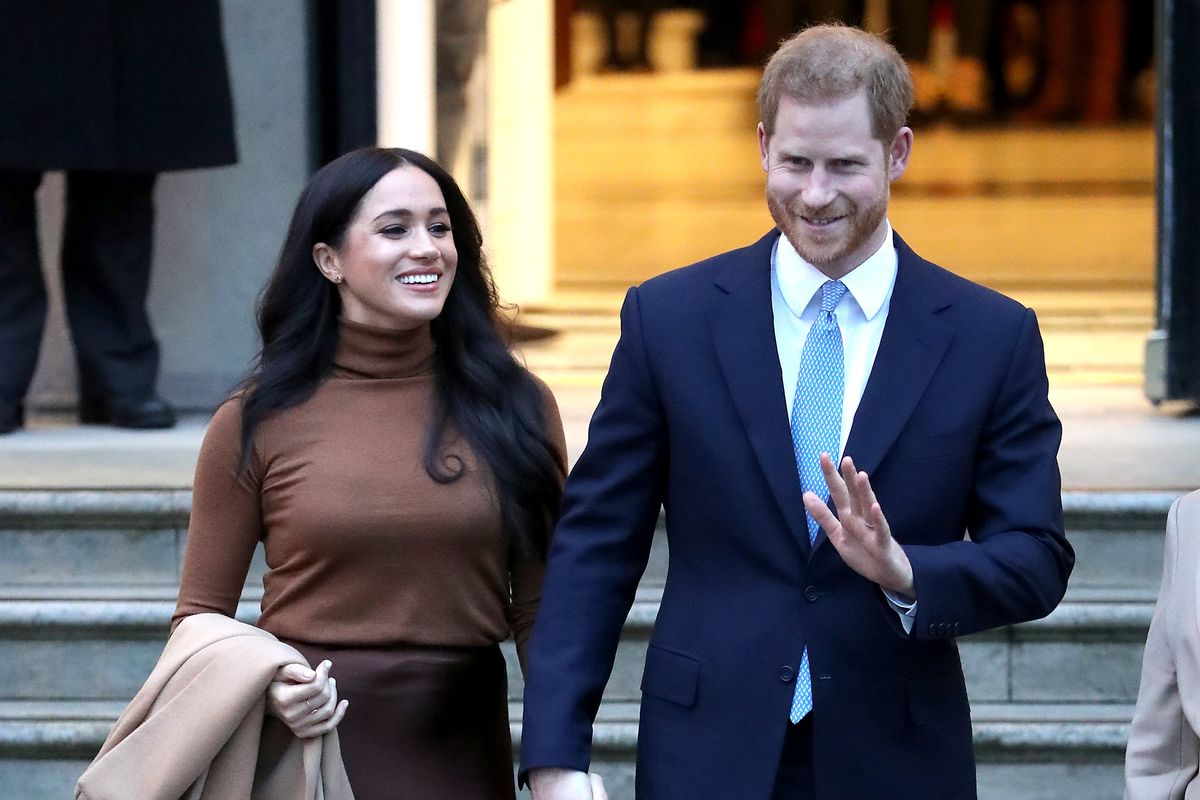 Meghan and Harry Are Dipping

Meghan Markle and Prince Harry are out. No more racist tabloids, creepy uncles or dodging tea with Donald Trump — the couple announced in a historic move today that they plan to step back as "senior members of the royal family" and become financially independent.

Meghan and Harry's official Sussex Royal Instagram account broke the news with a photo of the two looking delighted about their newfound freedom. The post is extremely diplomatic, of course, reiterating multiple times that Meghan and Harry will continue to "fully support Her Majesty The Queen" and "to honour our duty to The Queen, the Commonwealth, and our patronages."

"After many months of reflection and internal discussions," they write, "we have chosen to make a transition this year in starting to carve out a progressive new role within this institution."

It's unclear how total the split will be: the former Duke and Duchess haven't confirmed if they'll give up their titles. But counter to tradition, Meghan, Harry and Archie will now live between the UK and North America. Previously, they lived in Frogmore Cottage near Kensington Palace. Rumors began to spread about the family moving full-time to Canada after they spent the holidays on Vancouver Island.

"This geographic balance will enable us to raise our son with an appreciation for the royal tradition into which he was born, while also providing our family with the space to focus on the next chapter, including the launch of our new charitable entity," the couple said. "It is with your encouragement, particularly over the last few years, that we feel prepared to make this adjustment.

Indeed, Megan and Harry are hearing plenty of encouragement for "Mexit."

I am so proud of Meghan Markle and Harry. If they can free themselves from toxic tradition - so can we. #Untamed
— Glennon Doyle (@Glennon Doyle)1578511113.0

Royal Twitter is currently ablaze with speculation about what the announcement means, and what lead to it. Most are attributing it to the endless media harassment, continuing racism against Markle and other recent family drama. The internet's unofficial royalty correspondent Nicole Cliffe called the news her "moon landing" and cracked: "I think she was like 'your uncle Andrew is a predator, it never stops raining, I hate touring shoe factories, I have my own money, I am barraged by racist hate, I want my children to have a better life than this.'"

Based on nothing but my passion for Markle and my talent for convincing myself, my hunch is that suing a tabloid is… https://t.co/RxPBpw8fhx
— Caity Weaver (@Caity Weaver)1570035285.0

Congratulations Meghan, Harry and baby Archie, who'll now have a shot of growing up reasonably well-adjusted.

Update: The BBC is now reporting that Buckingham Palace did not pre-approve Meghan and Harry's announcement. This story is updating.