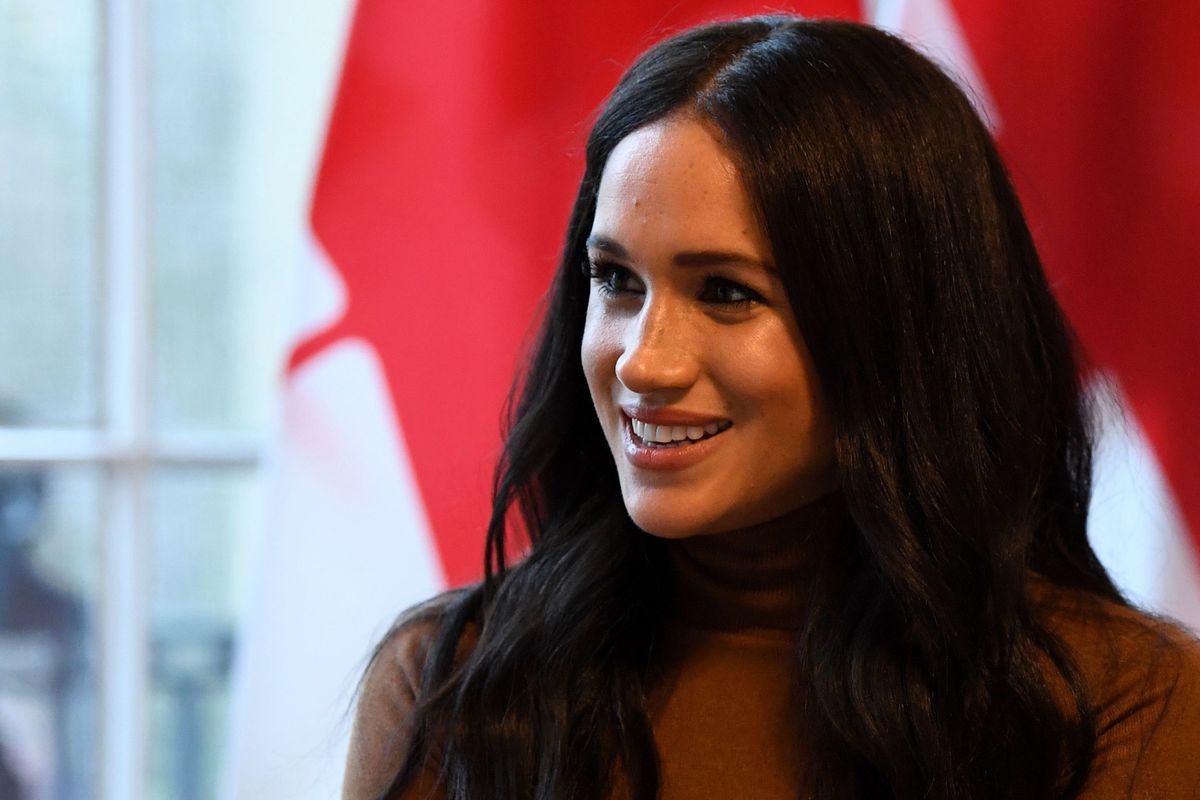 Ever since she began dating Prince Harry, Meghan Markle has been the subject of UK tabloid articles, and has been under some harsh scrutiny from both the paparazzi and the public. Last year, she opened up about how challenging it was to have so much pressure on her — especially while she was pregnant, and then later when she had just had a newborn.

Most recently, the Duchess of Sussex and her husband went on as guests on a podcast called Teenager Therapy, hosted by California teens Gael, Kayla, and Thomas. And to mark World Mental Health Day, they spoke about destigmatizing mental health, shared their personal experiences with online abuse, and gave tips on how to take time for some self-care.

These days, a lot of people spend their time online due to the pandemic — for classes, work, and socializing. But Meghan warned that there is such a thing as too much time online. She said, "Yes, it's a great way to connect, but it also ends up being a place where there's a lot of disconnection, you know, I can speak personally to."

Recalling the past year — before ultimately deciding to dip from the British Royal Family — she shared with the kids, "I'm told that in 2019, I was the most trolled person in the entire world, male or female." She added, "For eight months of that, I wasn't even visible. I was on maternity leave or with a baby, but what was able to be manufactured and churned out, it's almost unsurvivable."

Prince Harry, who himself has made headlines in tabloids since the day he was born, said, "It's very easy to be sucked in and consumed by negativity, but we all have the choice to be able to cut that out of our lives."

The Sussexes each gave advice on how they coped with any mental stress. Harry said that he liked to meditate, while Meghan journaled to help her reflect on her experiences.

Though they didn't discuss it in the podcast, the couple has also been taking steps to get justice for breaches of privacy by press. Last week, they won a lawsuit against photo-news agency X17 for taking unauthorized drone photos of their son Archie.