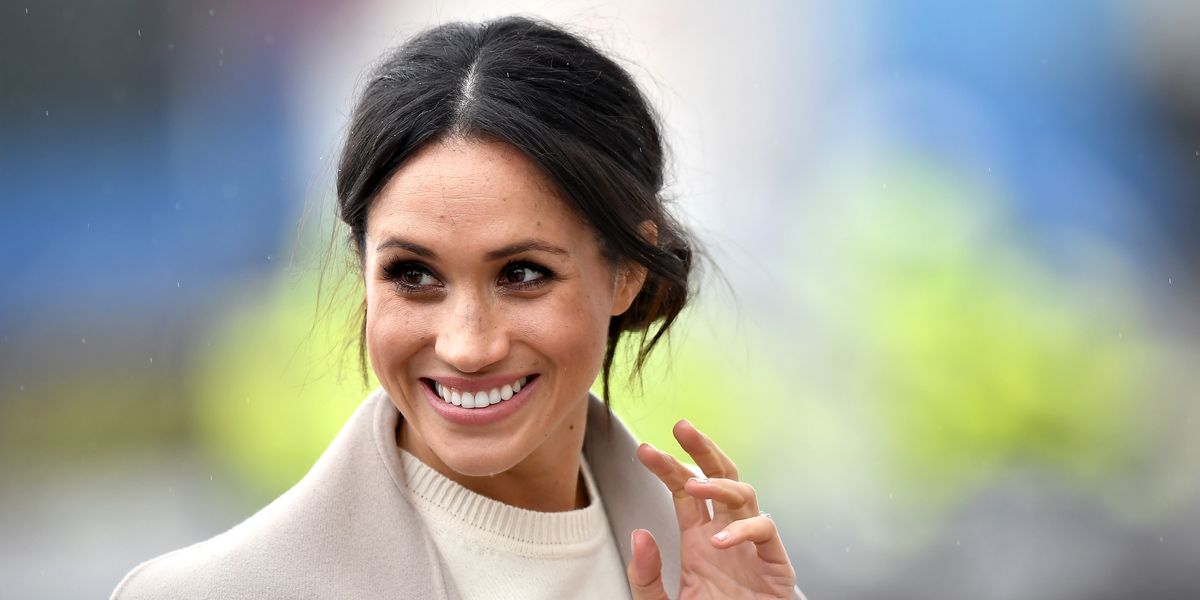 Meghan Markle has serious thoughts about running for president, per a new report.

According to Vanity Fair, a close friend of the Duchess said that there's a possibility she would consider a presidential campaign in 2024 — speculation that corroborates former claims by Markle's biographer, Omid Scobie, who previously said that she "has her eyes set on the US presidency."

"One of the reasons she was so keen not to give up her American citizenship was so she had the option to go into politics," the insider said. "I think if Meghan and Harry ever gave up their titles she would seriously consider running for president."

And though some royal commenters — like Meghan: A Hollywood Princess author Andrew Morton — told the publication that Markle "has no chance of ever running for president," it's worth noting that she's already started wading into the discussion surrounding voter engagement.

After all, she recently sparked debate by appearing to break long-standing royal tradition — which notoriously encourages members of the royal family to remain politically neutral — after participating in a video for Michelle Obama's "When We All Vote" campaign and reportedly cold-calling Americans alongside Gloria Steinem. Earlier this week, she also drew the ire of Trump himself when she seemingly hinted that she was against the president's re-election in a new video for Time's 100 Most Influential People portfolio.

"Every four years we are told the same thing, that this is the most important election of our time. But this one is," Meghan said, before adding, "As we approach this November, it's vital that we reject hate speech, misinformation and negativity."

See Markle's most recent video, below.

“It’s time to not only reflect, but act.” This #NationalVoterRegistrationDay, join #Time100 alumni Harry and Meghan, the Duke and Duchess of Sussex, in taking action for the future. pic.twitter.com/JerXHxiZK3