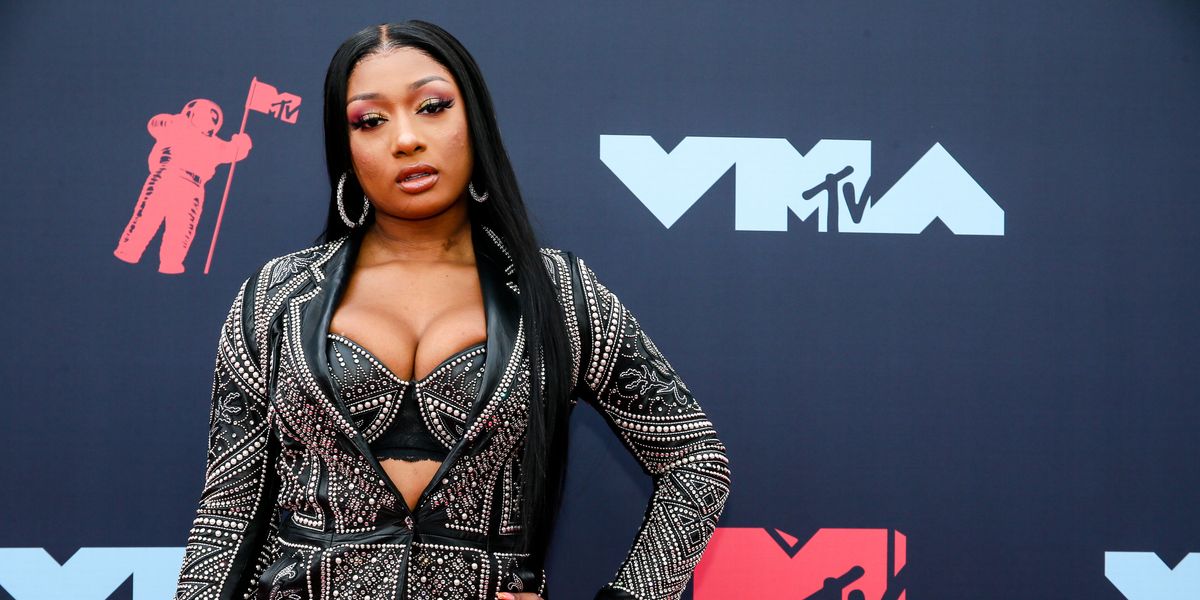 Megan Thee Stallion is currently trying to shut down speculation surrounding a potential romance between her and Tristan Thompson.

Recently, gossipmongers have been insisting that Khloé Kardashian's ex invited Megan to a Cleveland Cavaliers game against the New York Knicks — a rumor that has, for some strange reason, led people to believe that the two are dating.

Needless to say, Megan's been trying to clarify that there's no truth to this huge logical leap. The most prominent example of this?

In recent response to a sportswriter's announcement about Tristan sitting a game out, a fan joked that Megan "must've wore that boy out." However, Megan didn't take too kindly to the tweet's implications, writing, "What In the fuck are you talking about. I wish y'all would stop making shit up."

Megan then went on to make it clear that she doesn't even know Tristan. In fact, she even went so far as to clarify that the rumor is "a whole LIE," as she "was at knicks game with my manager and my friend Ej."

What In the fuck are you talking about. I wish y’all would stop making shit up I don’t even know that nigga https://t.co/4wRYNXojIw

Lol they literally made up a whole LIE I was at knicks game with my manager and my friend Ej https://t.co/CWK9wakt0s

That said, in the midst of all the gossip, Megan has continued to push back on the speculation, asking why "y'all want me to be a 'hoe' so bad."

"Lol I've only dated ONE person y'all know about all that other shit is RUMORS/LIES ... I ain't addressing shit else bye," Megan said, before putting the kibosh on the rumor once and for all. "If I ain't claiming him he ain't mine ...SIMPLE."

Check out her tweets, below.

Why y’all want me to be a “hoe” so bad ? Lol I’ve only dated ONE person y’all know about 🤷🏽‍♀️ all that other shit is RUMORS/LIES ... I ain’t addressing shit else bye 😂

If I ain’t claiming him he ain’t mine ...SIMPLE