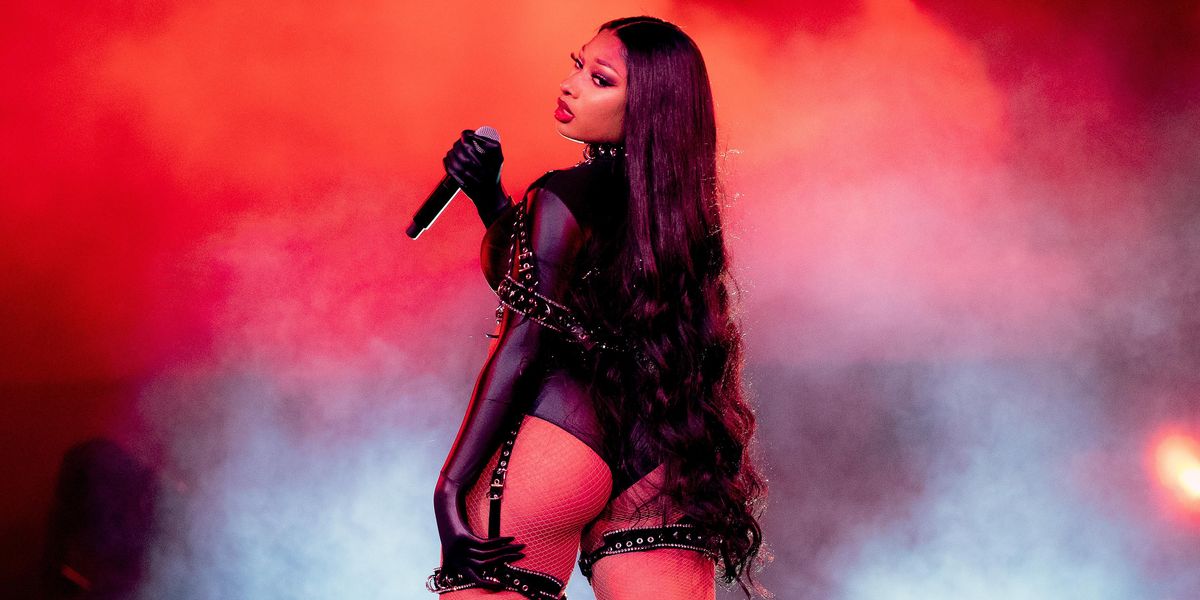 Megan Thee Stallion is back — well, sort of. She's gearing up to release new music, but not under her signature Hot Girl Meg; she's transforming into alter-ego Tina Snow.

For the most part, Megan's been quiet for the last few months — announcing back in late April that she needed to recharge. That changed on June 6 when she released a futuristic video teaser announcing the rebirth of Tina Snow.

The brief clip showcased Megan in a laboratory monitoring a comatose version of herself in blond hair, wearing white. This sleeping version of her is in reference to Tina Snow, the personality that debuted with her 2018 project of the same name. Back then, Megan revealed that Tina Snow was inspired by her favorite rapper, Pimp C, who had an alternate rap name as Tony Snow. Speaking to Vibe, she also detailed how her music changes when she embodies this alter-ego. "Tina is the more pimp-ish side of me," she said. "Tina is the raw version of Megan, she just doesn't give a damn." Megan's Tina Snow project gave us "Big Ole Freak," so we know exactly what this personality is capable of.

On June 7, Megan revealed that she's releasing some new music as Tina Snow: something called "THOT SHIT" that's set to arrive on June 11. It hasn't been clarified whether it's a project or just a song, but we believe it's the latter. Whatever it is, it arrives just in time for the official start of summer on June 21.

That same day, she gave fans an update on what she' been up to in this offline period, explaining that she's been busy writing, working, and "getting my mind right."