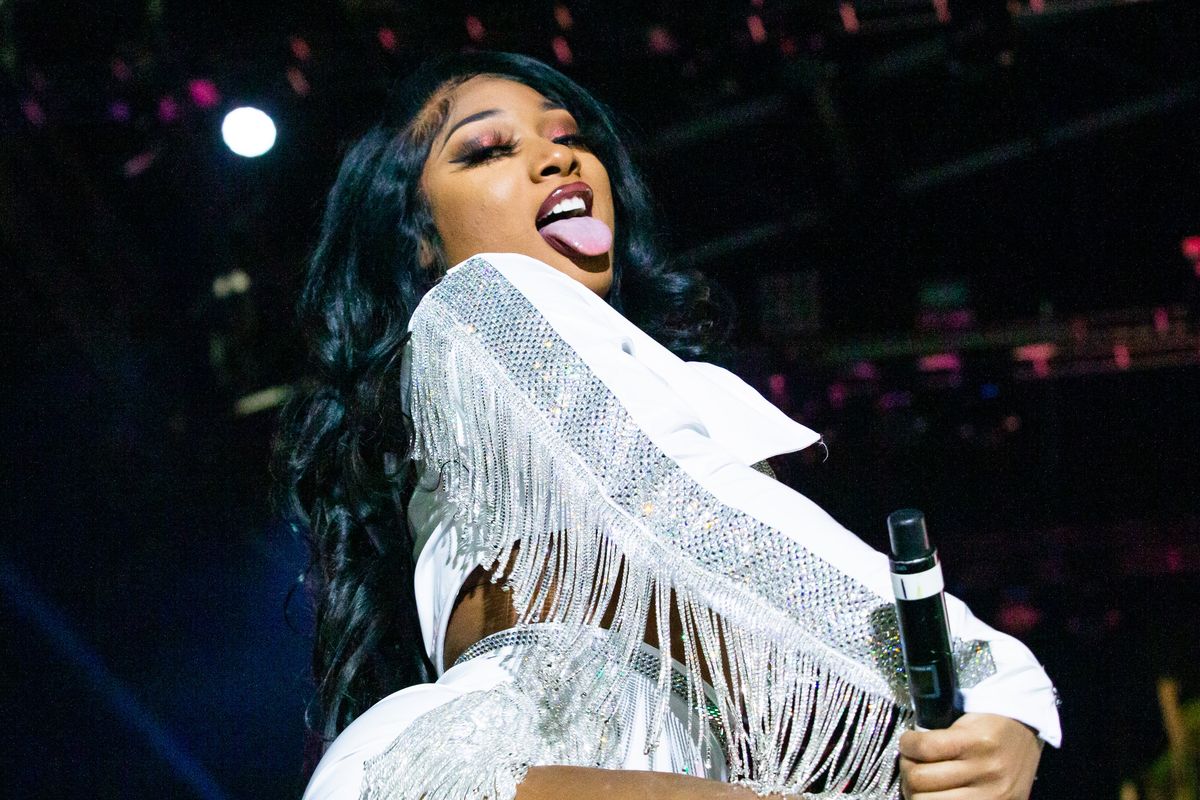 Megan Thee Stallion made her Saturday Night Live debut this weekend, and she sure made good use of her airtime. The rapper performed her hit song "Savage" as the season premiere's musical guest, and she sent a very important message shouting out to Breonna Taylor and all the Black women whose lives have been taken unjustly.

At one point of the performance, there was a pause and the sound of gunshots were heard in the studio. The screen behind her went black, and a part of Malcolm X's iconic 1962 speech played. The words then also appeared in Meg's background: "The most disrespected, unprotected, neglected person in America is the Black woman. Who taught you to hate the texture of your hair, the color of your skin, the shape of your nose? Who taught you to hate from the top of your head to the soles of your feet?"

Another, more recent, audio clip was later played. It was from activist Tamika Mallory's speech, which she made at a news conference in September as a response to Kentucky Attorney General Daniel Cameron's announcement that the grand jury decided not to charge any of the police officers involved in Breonna Taylor's death for manslaughter.

The striking line Megan used in her performance was when Mallory said, "Daniel Cameron is no different than the sellout negroes that sold our people into slavery."

Watch the full performance on SNL below.