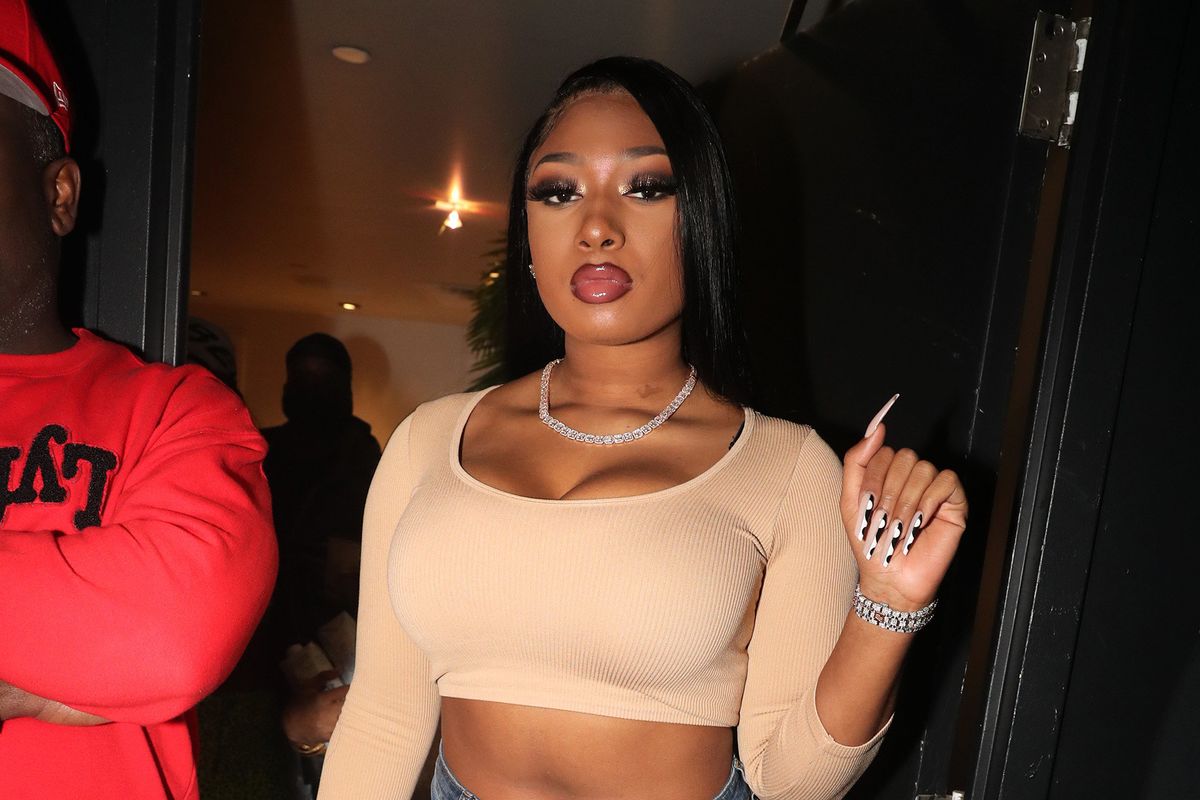 Protect Megan Thee Stallion at all costs. The rapper went live this afternoon to share more details of a recent incident where she was shot in the foot during the arrest of Tory Lanez in Los Angeles, fighting back tears as she relived the traumatic experience and thanked her Hotties for their support.

Megan and Lanez were confronted by the LAPD when leaving a pool party with a friend on July 12. Lanez was arrested for carrying a concealed weapon, and it was initially reported that Meg injured herself stepping on glass. The artist revealed she'd been shot on social media the next day.

On her Instagram Live this afternoon, she said she'd received bullets in both feet, only very luckily avoiding major injury. "Thank God that the bullets didn't touch bones or break tendons," she said. "Where the bullets hit at, they missed everything, but the motherfuckers was in there."

Meg alluded to the fact that many fans have been joking about and meme-ing her injuries over the past week, making light of what was clearly a terrifying situation for the artist. "It was just the worst experience of my life and it's not funny, it's nothing to joke about and nothing for y'all to go and be making fake stories about," she said. "I didn't put my hands on nobody I didn't deserve to get shot."

She might have been talking specifically about a recent interview in which fellow Savage x Fenty model Draya Michele made light of the shooting, comparing Meg and Lanez to "some kind of Bobby and Whitney love... I'm here for it, I want you to like me so much that you shoot me in the foot too." Many are speculating that Draya will lose her deal with Rihanna's lingerie brand as a result of those thoughtless comments.

But let's not focus on that noise. On the Live, Meg reassured us that she's going to be okay: "I just want y'all to know a bitch is alive and well and strong as fuck and ready to get back to my regular programming."

We love you, Meg! Take care.