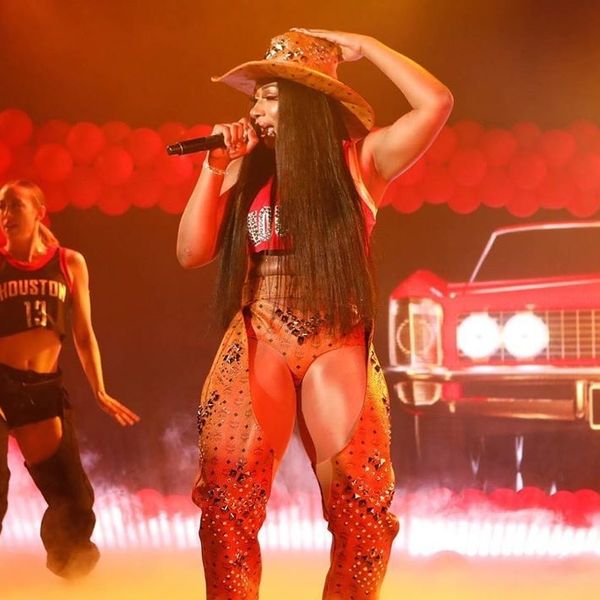 Megan Thee Stallion Turned Up the Heat For 'Kimmel' Debut

Megan Thee Stallion is fast proving that she's a force to be reckoned with. The fully-formed rap star from Houston released her debut mixtape Fever earlier this year and it has already earned widespread acclaim from fans, critics, and fellow artists alike.

Last night on Kimmel, Megan took her charisma from Instagram to her national television debut to perform a medley of Fever single "Realer" and her breakout viral hit, last year's "Big Ole Freak" from Tina Snow. Megan was in top form: totally in her element delivering her barbed flows with relaxed, but hard-hitting precision. It's frankly hard to believe this is her first time performing on TV.

She wore a cropped Houston Rockets t-shirt and a cowboy hat, and was flanked on either side by backup dancers. The crowd went nuts as Megan and her dancers moved through body rolls, dips and twerk routines. If you're not following yet (you must), "Hot Girl shit" is what Megan is all about, and she represented that part of her brand to the max.

It must be noted how thrilling it is to watch a phenomenon come into her power right before your eyes. Megan has always held a power within, and she's now generously sharing it with the world.