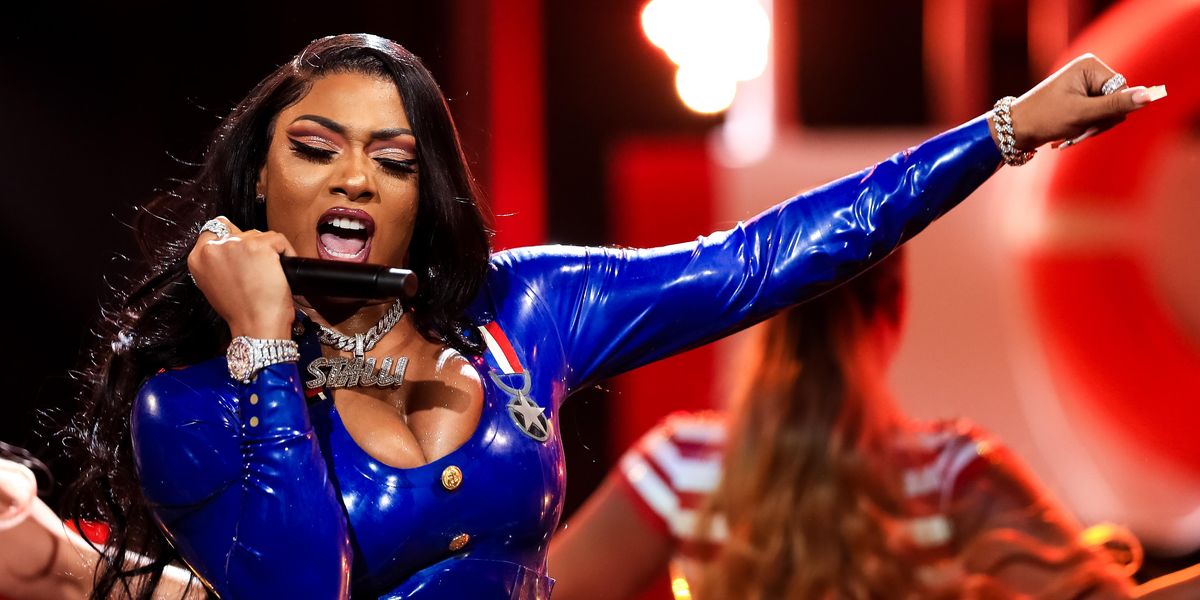 In a new interview with the Evening Standard, the rapper explained that she isn't a "normal" woman and that tends to upset "emotionally ignorant" men.

"I'm starting to see how much more ignorant men are than I thought," Megan said, adding that "when you're a woman who's not a threat, men don't really bother you." However, as someone who doesn't fit into the antiquated "damsel in distress type of role," she's noticed that she "gets under a lot of men's skin," but it's not like she minds. In fact, Megan said she knows she's "doing something right" if she's offending them, and we couldn't agree more.

"[They're] like, 'How dare she talk about her vagina? She loves herself and she don't need me and she's going to take my money,'" she said. "I just feel like I make a lot of them uncomfortable and I feel like that's my job."

"That's why you hate it, that's why you go through all these emotions and you're lashing out on me," Megan continued, before saying her boyfriend, Pardison "Pardi" Fontaine is an example of a man who isn't threatened by her.

"So I'm not even mad at these [other] men," she went on to add. "They're emotionally ignorant. Once they come to grips with who they are, maybe they'll grow up."