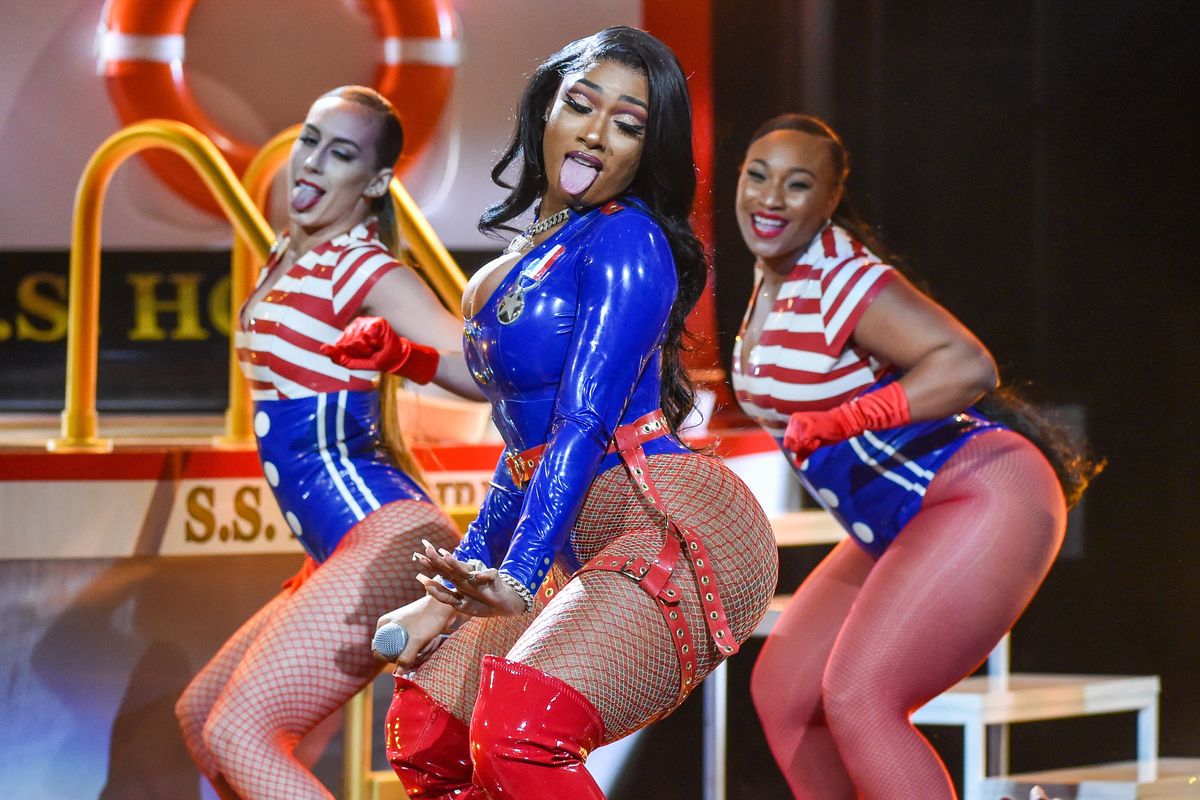 Megan Thee Stallion recently surprised fans by announcing her intentions of writing a horror movie. We're not sure if this is what she had in mind, but Hottieween, a new, supernatural mystery series created by and starring the rapper and directed by Teyana Taylor, is a pretty great first foray into the spooky genre.

Spoilers ahead: The first episode of Hottieween introduces all the key players and motifs in any mystery vehicle: The crime scene, the detective, and the suspects. In the opening minutes, a woman walks alone in an alleyway and encounters a group of men dressed in black. Shrouded in an archaic hood, a figure, who is ostensibly the leader, perches on a fire escape and dramatically observes all.

Janine (played by Jay Cole) hits Megan up, and we see a very obvious set of fangs on the victim's ankle, giving (a large) hint that the suspects aren't exactly human.

After getting off the phone with Janine, Megan is hit on in the club by Archimedes (played by rapper Dave East). In true fuckboi attitude, he offers clues in a thinly veiled attempt to capture Megan's attention. Mysteriously, they end up in a hotel room together seconds after what looks like... Megan curving him? Megan! You can do better than a guy named Archimedes!

In any case, that's not the main point. Near the end of the episode, Archimedes reveals he's a vampire, and promptly chomps Megan's neck, leaving us on a cliffhanger.

Will the next episode feature Megan Thee Vampire? Stay tuned.