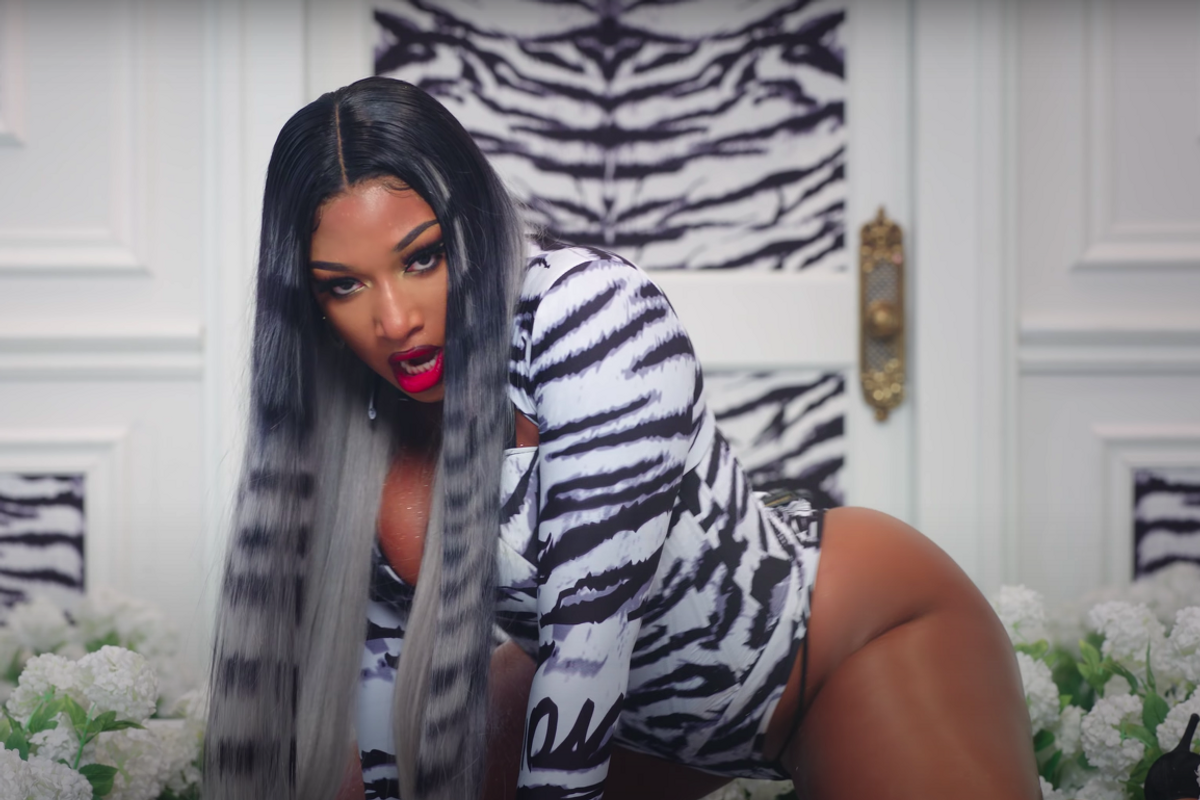 Megan Thee Stallion spoke out today on social media about her gunshot wounds and addressed the people accusing her of lying about being shot. In a since-deleted Instagram post, the rapper acknowledged that she doesn't often address internet drama, but felt it was necessary to set the record straight.

"I got hit at the back of my feet because when I got shot I was WALKING AWAY FACING THE BACK," Megan said. "why would I lie abt getting shot? Why are y'all so upset that I don't wanna be in the bed sad ? Why y'all upset that I can walk ?"

The shooting happened as Megan and Tory Lanez were confronted by the LAPD when leaving a pool party on July 12. Lanez was arrested for carrying a concealed weapon, and though it was initially reported that Megan injured herself stepping on glass, she came forward on social media the next day to reveal that she'd been shot.

This isn't the first time Megan has had to address fans making light of her traumatic situation. In an Instagram live, Megan said it was one of the worst experiences of her life and it's not something to joke about or make up stories about.

Part of the speculation of Megan's truthfulness came from Draya Michele, a fellow Savage x Fenty model, who compared Meg and Lanez to "some kind of Bobby and Whitney love... I'm here for it, I want you to like me so much that you shoot me in the foot too."

In today's Instagram post, Megan added, "Lol what I have learned abt majority of the people on social media is y'all like to hear bad news before good news, a lie spreads quicker than the truth, and y'all really be believing the shit YALL make up."

The "WAP" rapper continued on to say she got her stitches out two weeks ago and was ready to celebrate her collaboration with Cardi B going No. 1, but she had to keep dealing with the false accusations from people online.

As she said in the Instagram post, she isn't going to let the skeptics get to her. "Sorry I'm not (as) sad and miserable as a lot of y'all lol but ima keep being Megan Thee Mf STALLION," Megan said.