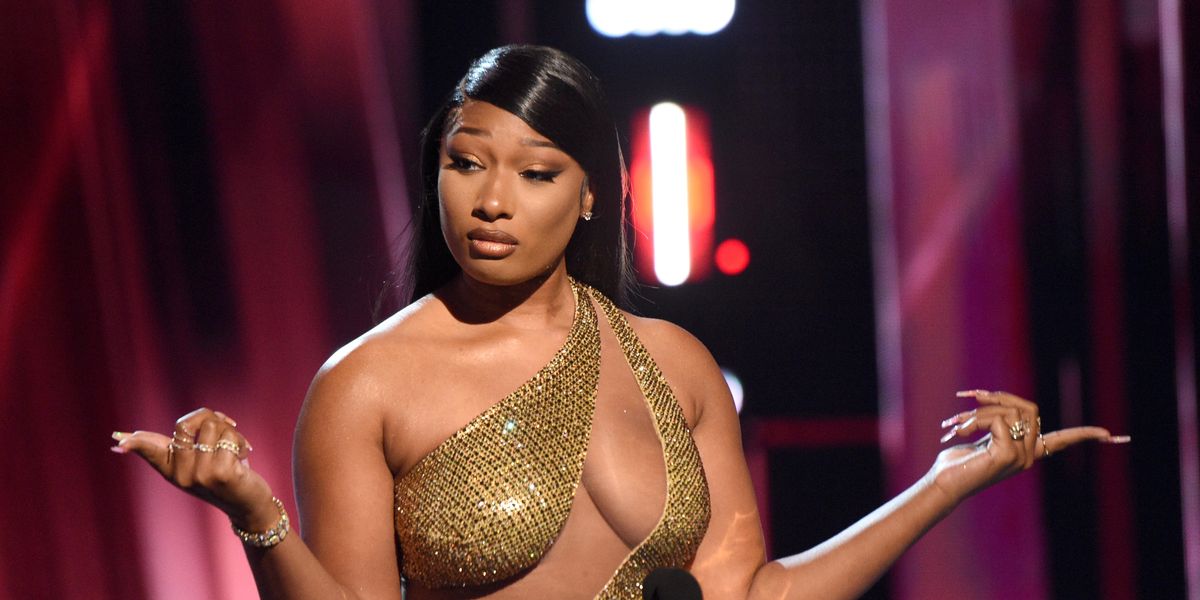 Over the weekend, Megan Thee Stallion and DaBaby got into it on Twitter. After releasing his collaboration with Tory Lanez, the rapper retweeted a joke about Lanez shooting Meg. It read, "I guess @DaBabyDaBaby and @torylanez cool now bc the both shot somebody and don't have to do no jail time."

DaBaby was quick to deny retweeting the joke, saying that it must have been some "Illuminati shit Twitter got goin on." He continued, "Then once ppl start tagging me & I saw it and tried to delete it and undo the retweet Twitter didn't let me."

And while Meg didn't directly address the issue, she seemed to refer to the situation in a subtweet. "Support me in private and publicly do something different…these industry men are very strange," she wrote. "This situation ain't no damn 'beef' and I really wish people would stop down playing it like it's some internet shit for likes and retweets."

support me in private and publicly do something different…these industry men are very strange. This situation ain’t… https://t.co/mHJVGCRDVb
— TINA SNOW (@TINA SNOW)1624144804.0

DaBaby didn't apologize but instead retweered Meg. "You done let these folks get the best of you thug. ion got no bad energy for ya," he tweeted. "Stand on what you stand on without feeling like I'm against ya. Stay focused my g." And to that, Meg replied, "My stance hasn't changed at all YOURS has. We already spoke abt this in private and you specifically said 'that ain't even no good business move why would I promote that shit' but now this ain't your 'beef' ? That ain't real. But you stay on ya 'business' my g"

Soon, the "Hot Girl Summer" rapper's boyfriend Pardison Fontaine got involved to come to her defense.

Meg has since ignored DaBaby's latest tweets, and is busy celebrating the success of her latest single, "Thot Shit."