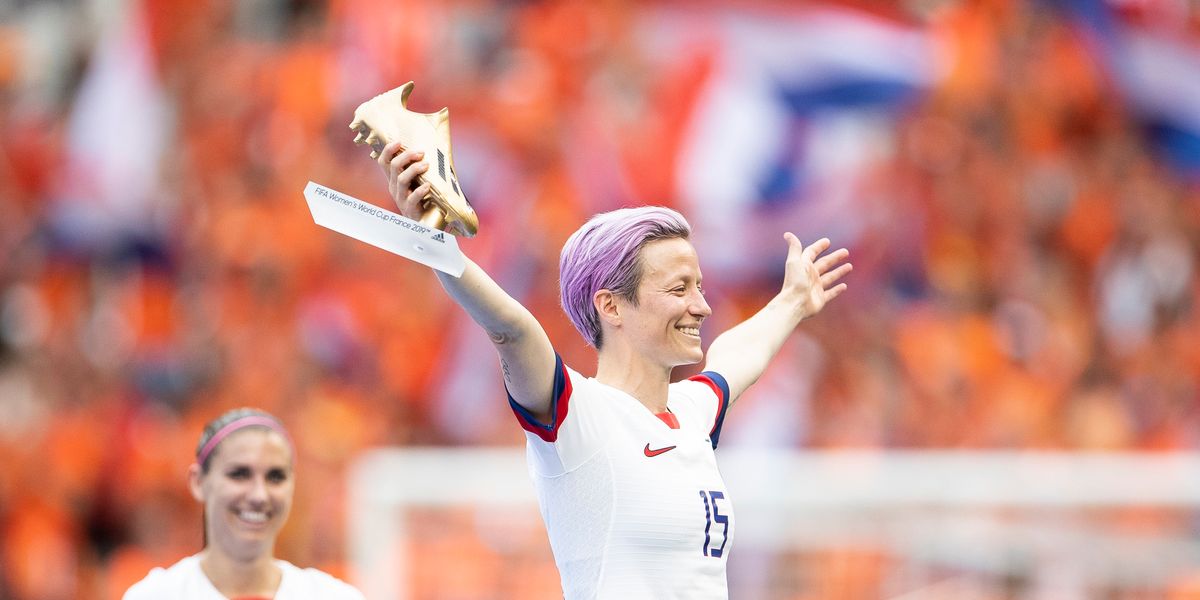 Lavender-haired soccer and cultural powerhouse Megan Rapinoe recently led her team to victory in the Women's World Cup, you may have heard. The news has been hard to avoid, given the joyous photographic cascade of the team's mugging and hugging that has flooded the internet, briefly purifying it.

Rapinoe, the team's co-captain, scored one of the two goals that cinched the US win over the Netherlands, 2:0 on Sunday. That goal also secured Rapinoe record as the tournament's overall top scorer, a title she snagged with the bombastic playing style that also made her the main character in the theatrics of the World Cup. She's become celebrated for her off-the-field audacity, as she leads the team's lawsuit against FIFA's sexist pay scale and refusing to lend her platform to the Trump administration by completing the World Cup winner's traditional White House visit.

Given her record of speaking truth to power, it was fitting, then, that Rapinoe chose the words of a fellow rule-breaker, Nipsey Hussle, to capture her state of mind.

"Ain't really trip on the credit, I just paid all of my dues/ I just respected the game, now my name all in the news/ Trippin' on all of my moves, quote me on this, got a lot more to prove" she wrote, alongside a photo of her beaming with her massive trophy.

The quote is lifted from Hussle's "Hussle & Motivate," off his 2018 Victory Lap, the LA rapper and activist's last release before he was shot and killed in March this year. She also tagged the post with Nipsey's handle and what's become his friends' and fans' battlecry: "#tmc," short for "the marathon continues."

The post acknowledges that Rapinoe's been out here, delivering queer excellence on the field for a long time (she made her debut for the national women's team in 2006), though the mainstream media's only recently become fascinated with her. Mainly, though, she seems to echo Hussle's message, that hard work is how you make an impact, and headlines are a byproduct, not the goal of perfecting your craft and fighting for what you believe in.

As far as having "a lot more to prove," Rapinoe seems to hint that, although reporters can't stop asking the 34-year-old about retirement, she might just be planning to prove the world wrong and play another World Cup. According to ESPN, it'd be a surprise to the sports world if Rapinoe and the team's other older veterans did not lead the US in the 2020 Olympics. Rapinoe's marathon continues.