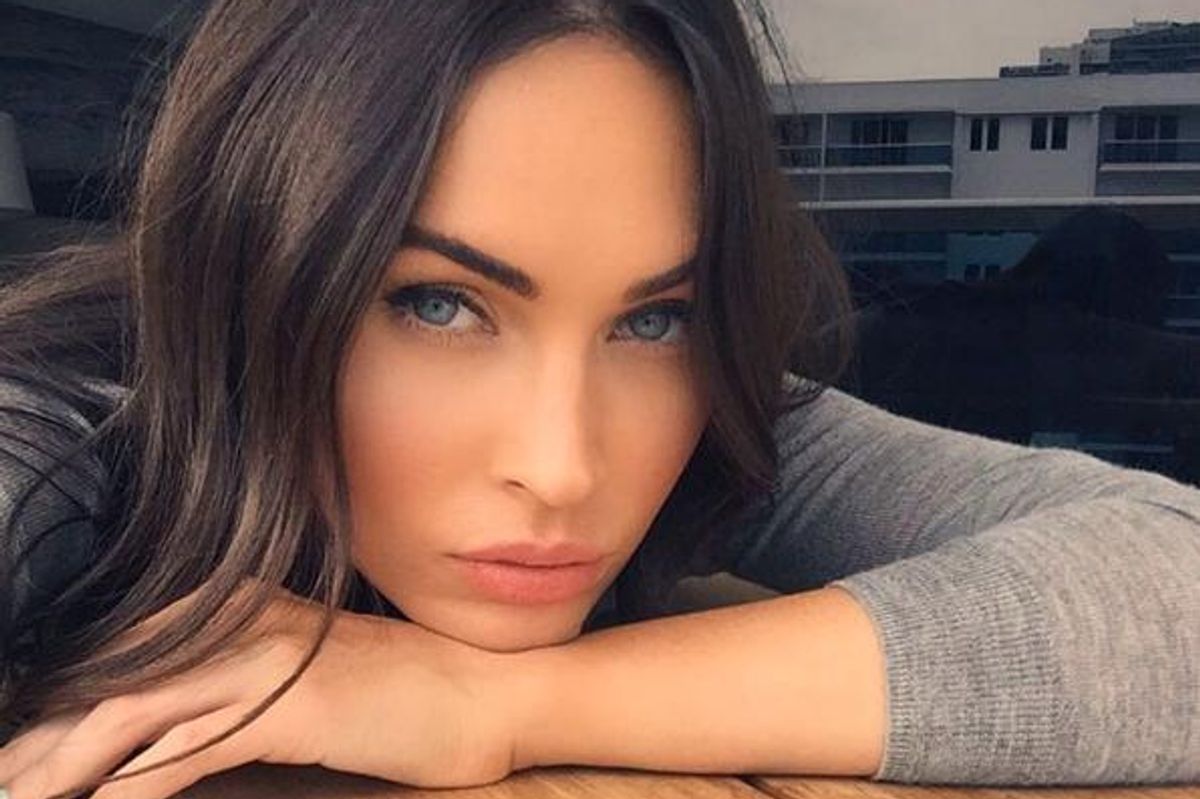 Astrology, Pyramids, Leprechauns: A Guide To The Cosmic Mysteries That Consume Megan Fox

We have known for a long time that Megan Fox is far more than a beautiful, supernaturally glowing, symmetrical, mink-like face. Sure, Megan may be the perennial hot chick in Michael Bay's uncanny valley CGI fart-fests, but as she reveals time and time again in interviews, being a movie star just pays the bills. In her latest interview with the LA Times to promote Teenage Mutant Ninja Turtles: Why Do These Turtles Look Like This? , she said flat out, "I don't think acting is my passion."

"I have other skill sets and gifts that are much, much stronger that I am obligated to exercise and use. I'm really more intellectually minded. I've always been into alternative history, antiquities, archaeology. I've always been really consumed by these deep mysteries that exist on our planet that can't be explained today by science. They eat away at me."

Megan's true passions lie far beyond this earthly coil in the esoteric realms of astrological insight, bigfoot trutherdom, and psychic communion with her fetus, and even if science can't explain them, Megan will bravely try. We've compiled her deepest questions and most electrifying cosmic insights below, so they can eat at you too.

*an ancient didgeridoo begins to play*

On how she knew she would be an actress/ string theory:

"Sometimes I just know things. I accidentally tap into stuff sometimes. I used to do it as a kid, and I do it as an adult. I crossed over and saw a future string."

On the truth of the Egyptian pyramids:

"They presume they may have been some type of energy plant at some point. The sarcophagus that is in the Great Pyramid was put there by the government for tourism."

On taking psychic direction from her unborn child:

"You don't hear an audible voice, but I feel like you receive messages from the child if you're open to it. For instance, this baby wanted me to live somewhere else, so we're moving to a whole different place in Los Angeles because I feel like that's where this baby wants to be raised."
I also feel like this baby is telling me it's kind of like a Wernher von Braun or an Elon Musk, like a super genius."

"Bigfoot's real, and I have confidence in myself that if I were ever to be taken out on an expedition … I would be the one to find Bigfoot."

On what the Bible means:

"I've read the Book of Revelation a million times. It does not make sense, obviously. It needs to be decoded. What is the dragon? What is the prostitute? What are these things? What is this imagery? What was John seeing? And I was just thinking, What is the Antichrist? When war breaks out in the Holy Land, like it is right now, if that is a sign of the immediate end times, then where are the other signs? Is it possible that it's the Internet or fame itself or celebrity?"

On leprechauns, fairies, bigfoot (again) and wanting to believe:

"I like believing. I believe in all of these Irish myths, like leprechauns. Not the pot of gold, not the Lucky Charms leprechauns. But maybe was there something in the traditional sense? I believe that this stuff came from somewhere other than people's imaginations…. We should all believe in leprechauns. I'm a believer…. You and I are humans, this is not all of it. This cannot be, because we are so disappointing…. Films don't hold the answers I'm looking for…. Would you not be so much more interested in finding out that bigfoot existed than in watching a really good movie? … I believe in aliens…. I am childlike in my spirit, and I want to believe in fairy tales… Loch Ness monster — there's something to it…. There's the Bell Witch… What distracts me from my reality is bigfoot. They are my celebrities."

On naming her son 'Bodhi', handling snakes, her moon, astrology, and the "polarity of everything" :