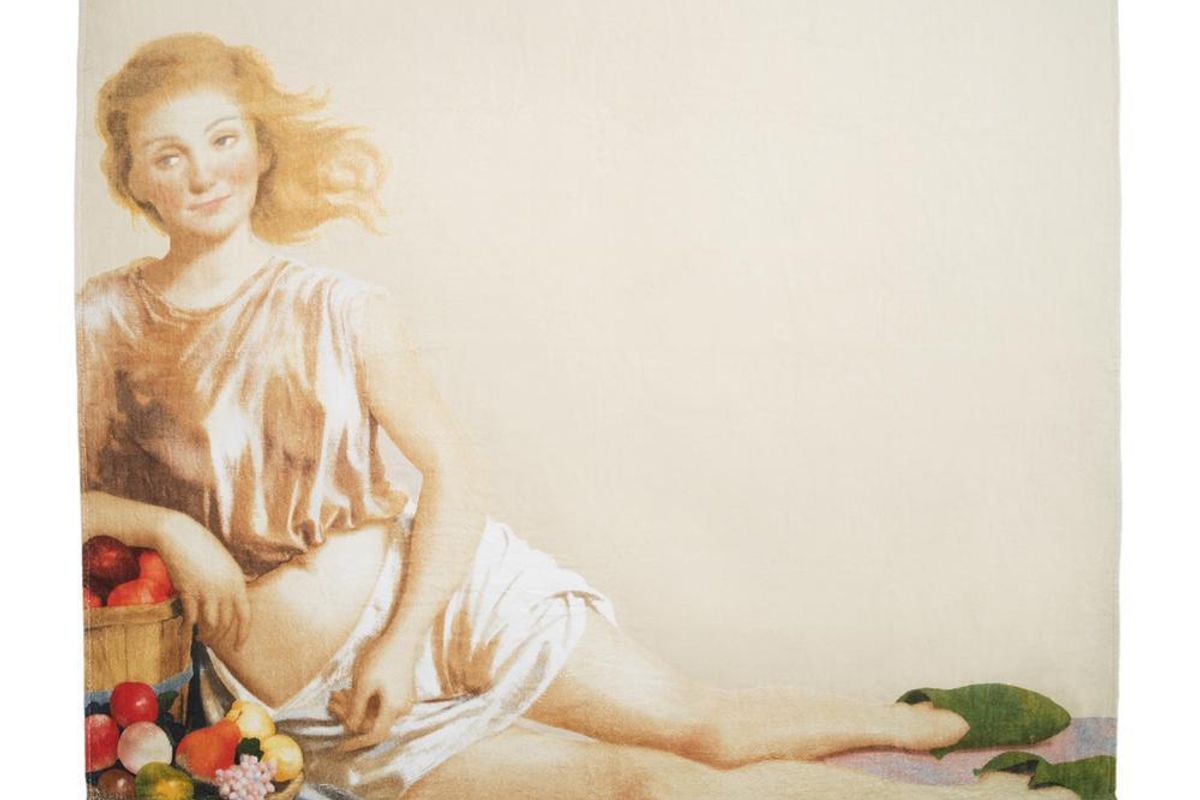 The Cisneros Fontanals Art Foundation (1018 North Miami Avenue, Miami) opens "Toda percepción es una interpretación: You Are Part of It," an exhibition of works from their collection, on Wednesday, November 30, 9 a.m. to 6 p.m., and on view through March 12, 2017. Over 51 works by 41 artists are included; plus there's a re-creation of a site-specific work called "Wrinkle Environment" by Liliana Porter and a participatory performance by Carlos Martiel on December 1, 11 a.m. Admission to CIFO is free.

Norma Kamali and Diamonds Unleashed CEO Kara Ross host a wearable art exhibition called "Wear Your Heart On Your Sleeve" that's on view from November 27 through December 4 in the lobby of the Mandarin Oriental Miami (500 Brickell Key Drive, Miami). Twenty artists have contributed one-of-a-kind dresses including Julia Rich, Georgia Grey, Carly Jean Andrews and Stuart Hemple; and all will be auctioned with funds donated to non-profits that support women's empowerment. The VIP opening is December 1, 8 p.m.

The Delano South Beach (1685 Collins Avenue, South Beach) has a big week lined up for AB/MB. There's a pop-up show in the lobby featuring photos by award-winning UK photographer Terry O'Neill who has shot celebrities since the 60s including Judy Garland, the Beatles, Faye Dunaway, Elton John and Frank Sinatra. And, starting Wednesday, November 30, the hotel's basement lounge will host a 3-night music program called "Cool Down," curated by MoMA PS1. The hotel is also launching the Art Production Fund's new series of artist-designed towels by John Currin and Laurie Simmons with a VIP party on November 29, 6 to 10 p.m. and available for purchase in their gift shop. And finally, they've got the annual MoMA PS1 pool party with Hood by Air, hosted by artist Jacolby Satterwhite.

Louis Vuitton's "Objets Nomades" collection returns with two new pieces for 2016: Tokujin Yoshioka's "Blossom Stool" and the Campana Brothers' "Fur Cocoon." Both will be on display at Design Miami from November 30 to December 4 and at Louis Vuitton (140 NE 39th Street, Miami) in Miami's Design District through January 2017.

NYC's 1OAK and Up&Down are hosting pop-up clubs during the week. 1OAK will partner with Rockwell (743 Washington Avenue, South Beach) for 3 nights starting December 1, and Up&Down is in the Cabana Club Beach tent behind the Nautilius Hotel for 5 nights starting Tuesday, November 29. Both will be open late, and you can expect surprise performances, VIPs and celebrities. The Nautilus is also the sight of several private events all week including a dinner for Marlborough Gallery, a party for Perrier ARTXTRA and Interview Magazine, a dinner for the AB/MB 2016 film program and a Billboard Magazine party.