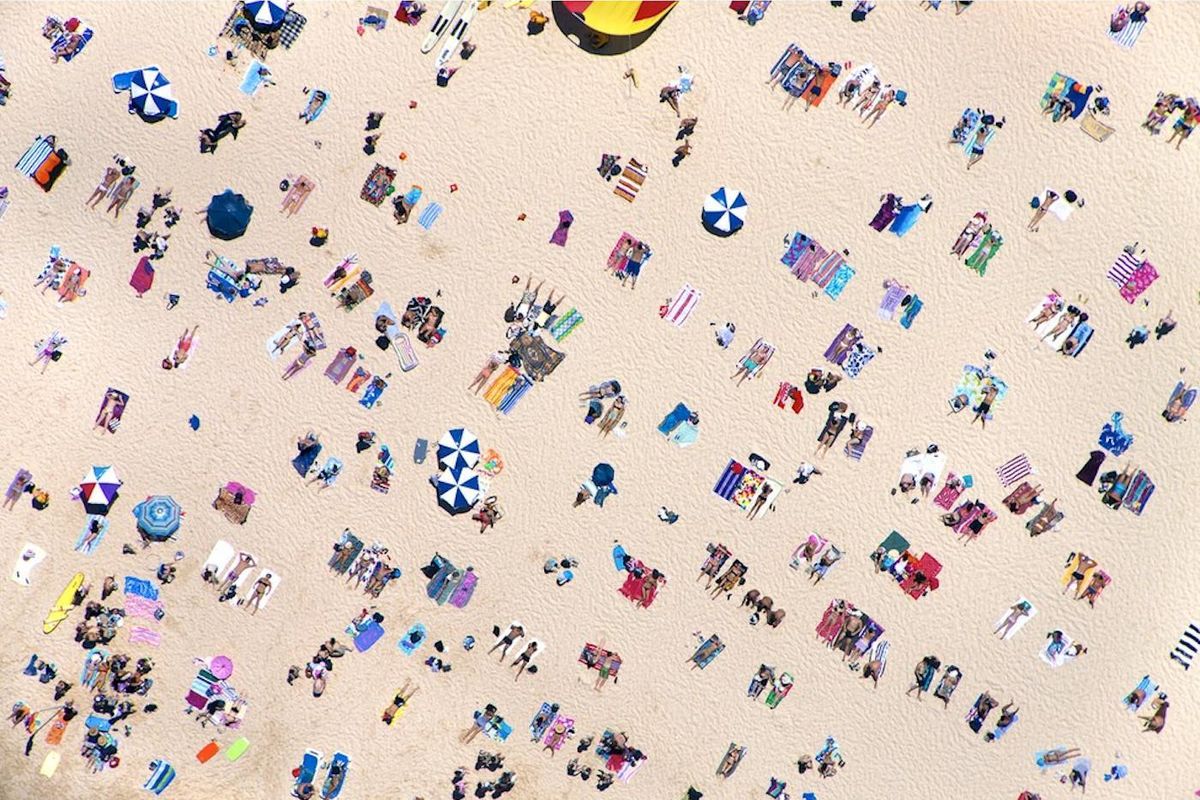 One of our fave AB/MB sectors, PUBLIC, just announced this year's list of 26 artists who'll be doing site-specific installations and performances all week in Collins Park. Several caught our eye: a jemstone-encrusted "Healing Pavilion" enhanced with "metaphysical properties" by Sam Falls; a group of tall chairs from the original production Robert Wilson's "Einstein on the Beach;" a giant set of red lips by Sterling Ruby; and a monumental deer lawn ornament by Tony Tasset. Opening night is Wednesday, December 2nd, 7 to 9 p.m., and it features a female tai chi master, male bodybuilders, men on skateboards, a dandy hobo and an evening performance by Yan Xing.

SCOPE returns to South Beach from December 2 to 6 (VIPs get in on the 1st) with 120 exhibitors from 22 countries, plus several special sections including Juxtapoz Presents, the Breeder Program for new galleries and FEATURE, showcasing photography. For a fourth year, the fair collabs with VH1 on a music series featuring up-and-coming artists. There's also an invite-only party with recording artists Mack Wilds and Lil' Dicky on Friday night at Nikki Beach, sponsored by SCOPE, VH1 and BMI.

As usual, there are lots of cool things happening at The Standard Miami (40 Island Avenue, South Beach) during the week including: The Standard X The Posters launch of their collab poster by Miami-based artist Jim Drain to celebrate the hotel's 10th anniversary (available in the hotel's gift shop), a VIP-only cocktail party hosted by Andre Saraiva, a book signing with Cheryl Dunn for her "Festivals Are Good," a "chopped art" party with the Bruce High Quality Foundation and, of course, there's the annual Lazy Sunday BBQ hosted this year by Creative Time on December 6th.

The EDITION also hosts pop-up exhibitions by several NYC galleries in their fab bungalows: Half Gallery and HarperCollins Publishers will feature new works by Daniel Heidkamp, sculpture by Tom Sachs and book signings with Justin Adian and Sue Williams; and Salon 94 will have a book signing with Sylvie Fleury. Also look for several works by virtual reality artist Jeremy Couillard presented by Louis B. James Gallery.

Francis Trombly, Over and Under, 2015

PULSE Miami Beach (4601 Collins Avenue, Indian Beach Park) just announced their 2015 series of special projects including: a neon installation by Texas artists Alicia Eggert and Mike Fleming, a sculpture called "Trees" by Gordon Holden, a faux apartment building by Chris Jones, "Over and Under" by Francis Trombly and a small architectural piece inspired by Corbusier by New York artist Jim Osman. The fair's PLAY section for video and new media will be curated by Stacy Engman.

Bortolami Gallery is opening a year-long exhibition called "Miami" by the French conceptual artist Daniel Buren on December 1st in the M Building (194 NW 30th Street, Miami). The show marks the 50th anniversary of his works with fabric and the 8.7 cm stripe. By periodically installing new works, Buren will also alter the exhibition during the year.

Previewing their upcoming South Beach studio, SoulCycle will pop-up poolside at the 1 Hotel (2341 Collins Avenue, South Beach) starting on Tuesday, December 1st. They plan to open permanently in the hotel in January 2016.

Absolut Elyx, Sean Kelly Gallery, Paddle8 and Water For People celebrate WATER, "the most important drink in the world," with a private charity auction and party at the Delano Hotel (1685 Collins Avenue, South Beach) on Thursday, December 3rd, 7 to 10 p.m. Look for a live performance by the Swedish singer.

Ricardo Barroso and Eva Longoria celebrate the launch of "Ricardo Barroso Interiors" at Casa Tua (1700 James Avenue, South Beach) on December 3rd. The book includes 240 color photographs of his past and present work, with an accompanying text by Barroso and Fionn Petch and a foreword by Longoria. Invite only.

Corona brings their " Electric Beach" to the Clevelander Hotel (1020 Ocean Drive, South Beach) on December 5th, 3 to 8 p.m., with a live performance by Chilean artist DASIC, and tons of music from Craze, Astronomar, Ape Drums and TJ Mizell.

Brown Jordan and Sunbrella are getting together to showcase photographs by Gray Malin at a sneak-peek preview of Brown Jordan's new store in the Design District. The invite-only opening is on Thursday, and the store should be open at the beginning of the new year. Some of the photos from the show will be on view there permanently and others are from Malin's personal collection.

The Surf Lodge pops-up all week at The Hall South Beach Hotel (1500 Collins Avenue, South Beach) with a series of invite-only artist dinners, events and performances.