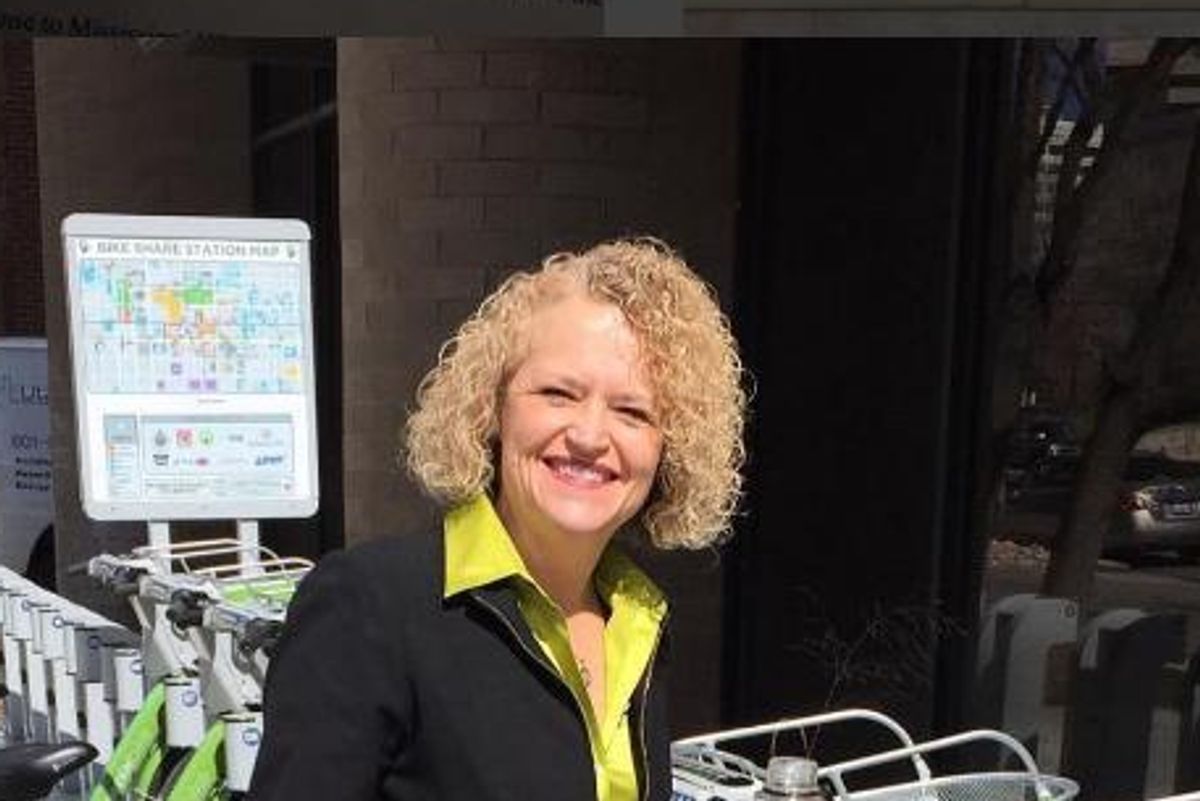 Jackie Biskupski, the Woman Who Is Blazing Trails in Utah Politics

Though originally from Minnesota, in the past 25-plus years she's lived in the Beehive State, Jackie Biskupski has made Salt Lake City her hometown. Biskupski moved to the state after falling head over heels during a ski trip. She was spurred to get into politics after a local high school dissolved their Gay-Straight Alliance. Spark lit, in 1998, Biskupski was voted into the Utah House of Representatives, becoming the state's first openly-gay elected official. But her penchant for making "firsts" hasn't stopped there.

Last year, Biskupski ran for, and was elected, the first out mayor of Salt Lake City, taking office this past January. She continues to fight for and protect the rights of Salt Lake's women, minorities, and LGBT community. "I've wanted to be mayor for a long time," she told People magazine after her election. "We've come to the point in my community where we value people on their merits, instead of some category that they've been placed in."