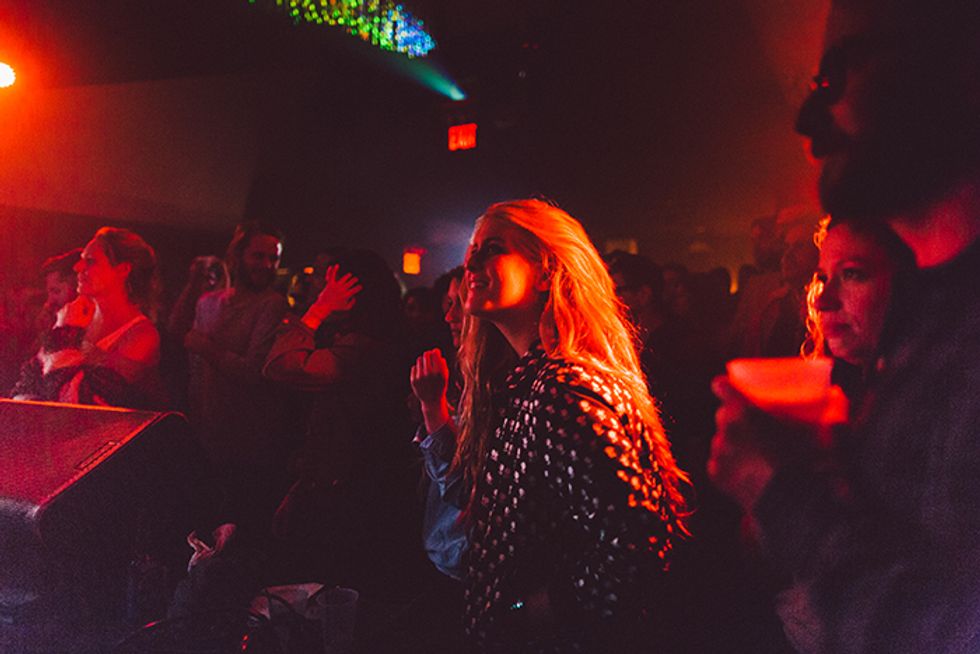 Spring has sprung, and we're ready to hit the town. We've teamed up with Coach for a night out with our favorite creative women in the city. Read on and get to know artist-on-the-rise, Austyn Weiner.

Miami-born and New York-based mixed media artist Austyn Weiner got her introduction to the world of high fashion in a consummately hip way. Coolness collided five years ago when Weiner shot (now ubiquitous) model Cara Delevingne backstage at a show, leading to the visuals for what would become Weiner's first major series, "Le Modèle. " The stunning, large-scale portraits of Delevingne are deconstructed and reconstructed with a vibrant color palette, with her haunting eyes holding your gaze.

Friend and model Gigi Hadid got a similar treatment in "Cover, Girl," a second series inspired by Hadid's Venus-like presence. "I feel these women are a part of something bigger. Something past the hot bodies, Instagram likes, and pretty pouts. Something maybe we can't even recognize in this moment," Weiner says on working with the two.

Presently, Weiner is creating new work that's much more expressive and personal, using appropriated images and a stripped-down aesthetic. "My older works were more about recording what was around me and spitting that information back out, whereas my new works are more about the idea of a woman in her entirety and the rewriting of the past," she explains.

A fall show is in the works, and in the meanwhile she'll be chilling out to the sounds of Neil Young, Bob Dylan, and Tyler the Creator. As all artists know, it's good to mix it up.