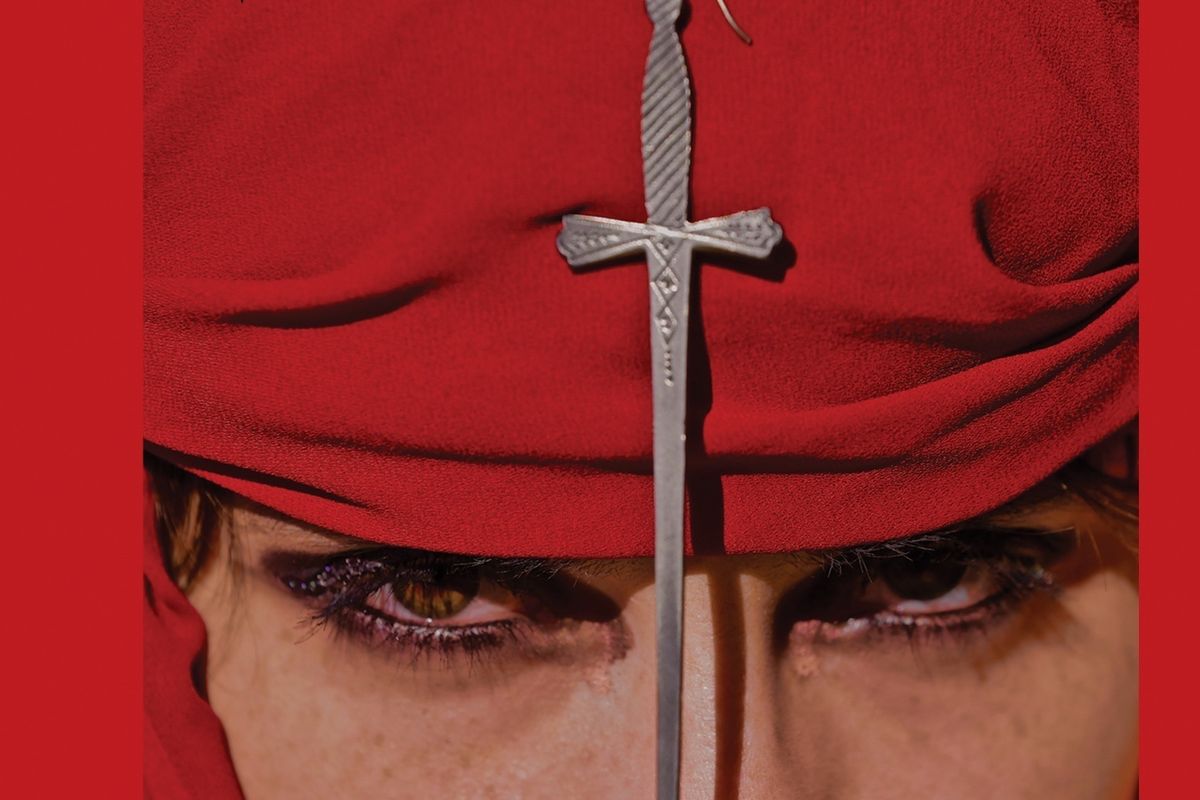 Teresa Suárez, aka Teri Gender Bender, the frontwoman of Mexican garage-punk trio Le Butcherettes, is an extremist when it comes to getting her point across. Once, she even got on stage covered in raw meet and blood to decry the objectification of women. It's these visceral performances combined with Suárez's knack for dissecting the intricately dark corners of the human psyche that have made her one of punk's most captivating rabble-rousers. But it's a hard-fought victory that people are finally starting to listen to SuÃ¡rez and her band's music and message; they had to claw their way out of Guadalajara's nihilistic music underground and make a name for themselves Stateside before getting recognition from their home scene. Now at the forefront of punk on a global scale, the band is preparing to release their third album, A Raw Youth (Ipecac Recordings), tomorrow. It's a record that weaves haunting stories of society's ills -- everything from sex slavery and monolithic power structures to the manipulation of the media -- and features collaborations with the likes of Iggy Pop and John Frusciante. Ahead of the release, we had the chance to speak to Suárez about the interconnectedness of beauty and tragedy, what it was like collaborating with Iggy Pop, and how even punk provocateurs can learn a thing or two from tightly-crafted pop confections.


There's an undercurrent of tension throughout the new album as you explore themes of oppression. Can you talk about some of the specific ideas your music is hoping to address?

In Latino culture it's ingrained that the bigger the pyramid the harder the civilization crumbles. All of those pyramids were made with slave labor and human sacrifice. Living in Guadalajara meant daily tension, daily struggles. But life is also not so black and white. I think the music in this album is much more accessible because I'm in a place in life right now where I'm trying not to see things so one-dimensional.

What does it say about the music industry in Mexico that Le Butcherettes had to leave to attract attention?

I feel like I've been traumatized by it, but at the same time it made me who I am. It formed my character and style of music, and the conviction that I carry. It's all because of that struggle, so I can't completely go against it and hate it.

You've gotten a lot of attention for the feral energy that you exude on stage. What happens to you when you perform?

Being on stage is like therapy. There's such a spiritual high in being able to exchange energy with people you've never met.

You spent a month in Japan after the Cry Is For The Flies tour. Was there anything about that experience that you were able to bring to the new album?

It doesn't matter where you're from; tragedy is something that we all face. There's a beautiful forest that surrounds Mount Fuji, and people go there to hang themselves. Those elements of sadness and beauty, and their connection to the self were inspiring.

In your last album you explored feelings of guilt. In this album you have more of an explicit worldview. It's still a personal album, but more globally connected. What do you see as being wrong with the world today that you wanted to express?

To this day some people can't go to school without fearing for their lives. In the West we take it for granted. The more educated people are the more they will know what is best for them. The new album is an ode to people that have tried to make a change, that have dedicated their whole lives to a purpose, to something they believe in. That to me is so moving.

He brought complete conviction and honesty to it. He's so unaware of how awesome he is. When we finished the session he offered to show us the real Miami [where we were recording]. While he was driving us around the different barrios, I realized I had dreamt all of this before. Before there was even the possibility of playing shows with him I remember having a dream in Guadalajara that we were in a car with Iggy Pop and that he took his shirt off. When the actual real life Iggy Pop was showing us around in his car he ended up taking his shirt off. I was like, "holy crap!"

You also teamed up with The Mars Volta's Omar Rodriguez Lopez for the third time as producer. How has that dynamic evolved?

He's taught me to have a bigger perspective on music. I've learned that making a pop song is much harder than making a prog-pop-punk orchestral song. It's so hard to make a perfect line that draws in people's short attention spans. Also how essential it is to go back and study the music, because if we just try to be original out of the blue, we're forgetting our roots. We can't make the music of the future without going back to the past.