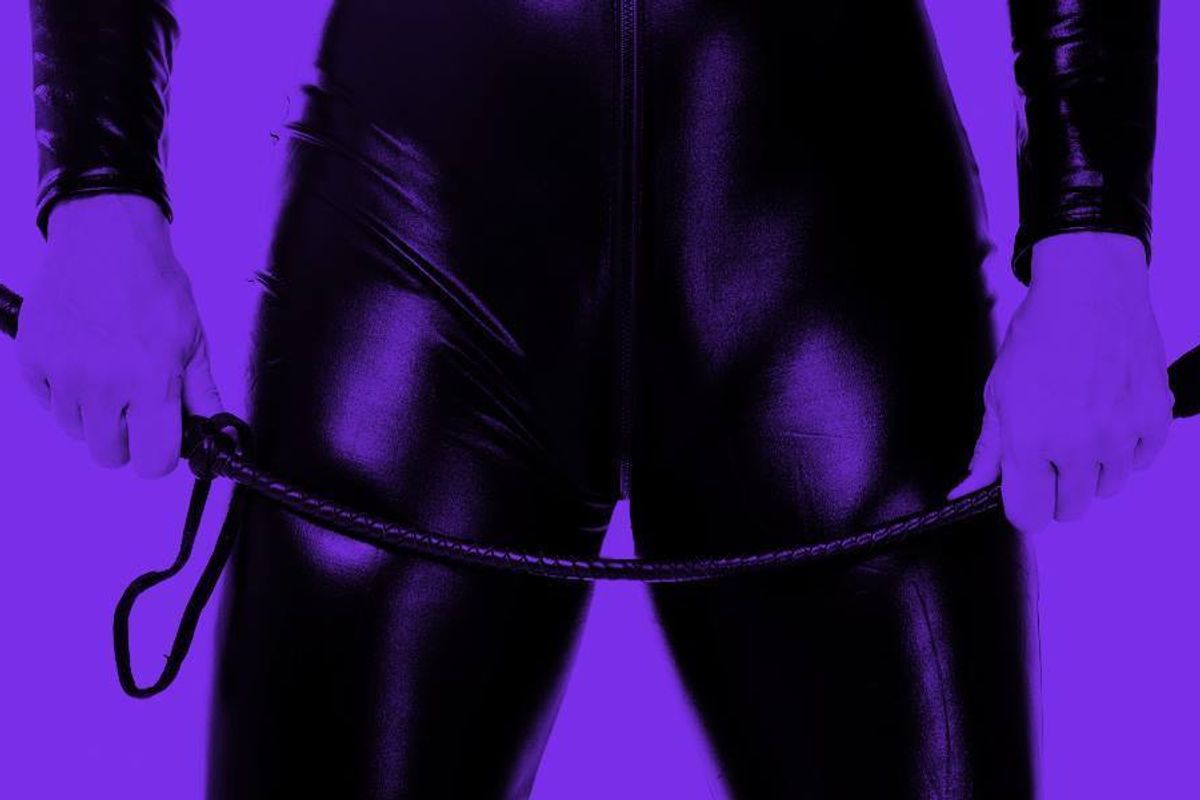 Introducing KNKI, The First App Made For The Kink Community

Attention bondage and other varieties of latex-lovers -- ever wish you had a discrete way of discerning who else has a closet full of gags, whips and PVC? Look no further than KNKI, the first social network app connecting those who are interested in kinkier endeavors. Providing a safe way of finding like-minded parties nearby (via a great GPS feature alongside a thorough set of customizable filter options), all that's required of you is a photo, a little description and some specifications of what exactly you're looking for.

We spoke to KNKI developer and mastermind Carl Sander about connecting an oft-maligned community -- touching on everything from fighting mainstream stigmatization to posting fetishwear selfies sans punishment (that doesn't involve a paddle). Read our Q&A with Sander below, and download...if you dare.

How did you come up with the idea? How did you realize that there was this gap in the market that needed to be filled?

A few years ago we had some conversations with Kink.com about building a community platform with them. There were a few players in the space, but in our opinion there wasn't a mobile platform that really offered the rich experience users have come to expect. At the same time, traditional social networks started ramping up their censoring of the kink community, and traditional dating apps were proving hostile for those who weren't vanilla.

Kink.com has been very supportive of our app. They see it as a way they, as a company, can interact with the community and we are working closely with them to build features and outreach that members want.

Frankly, it's very expensive, time consuming and difficult to develop a social networking app that is scalable and feature rich. KNKI has more features and tools than Instagram and Match.com combined. We let people connect in ways that go beyond just hooking up or dating. We really want people to build community, and interact beyond swiping.

We have built several other apps in the LGBT dating space and so we have the expertise and know-how with Android and iOS development gained over many years. These can be huge barriers for entry, and if you're someone who doesn't know the space, there's a risk of coming to mark it with something that wasn't authentic, or didn't add to the conversation.

What do you think about other social networking apps and their stance on censorship? As far as I know, this seems to be the most useful venue for open discussion and education re: sex and fetishes.

There's this idea that mainstream sites have to be broad in order to be successful. So whether that's a social network, or a dating app, people who don't fit, or are discussing things that advertisers might find objectionable, are pushed to the margins.

Sadly, we still live in a world where there is more judgment and censorship than healthy exploration or discussion of sex and sexuality. That's why KNKI made so much sense from the start. As a gay man, I know how validating it is to see so many other people out there who share your sexuality and aren't ashamed to talk about it. If you look at the studies, people who are willing and open to discuss and explore their sexuality are often highly evolved, enlightened individuals. I wanted to create an environment where an engaged, excited community could evolve, without worrying that Facebook was going to block you because you posted a selfie in latex.

Are you afraid that this may just make access to these communities harder? Is it less likely that curious people will stumble upon something if it's contained in an entirely separate app?

Well, I think that's why conversations like this are important. We have to build community, but also continually interact with a larger culture. In my experience people who are interested in kink, [and the same is true for] LGBT people, are active in searching out community. Unfortunately, most of the social sites that did exist were older, clunkier and not well-suited to mobile. Mobile tends to be a more private platform, as well as a more intimate one. It made sense for us to build a community that was tailored to it, and that incorporated the community functions of social media.

What kind of partnerships do you guys already have in the works, if any? What's coming up for KNKI?

We launched with the support of Kink.com, which had its own issues with censorship on social media. They were probably the best partner we could have asked for, since they are very invested in finding ways to interact with a larger audience. They do adult entertainment, but they are also really into education, community building, and politics. Since launch, we have been approached by many other organizations in the kink community, who I think are experiencing the same issues on social, and who want to be involved in building the community. And many private people have asked to be ambassadors for the app. There are so many rich, intelligent and amazing people in the kink world. We want the app to reflect the panoply of voices, because it's such an inventive DIY community -- and I am thrilled to see that people want to help build the community from the inside out.