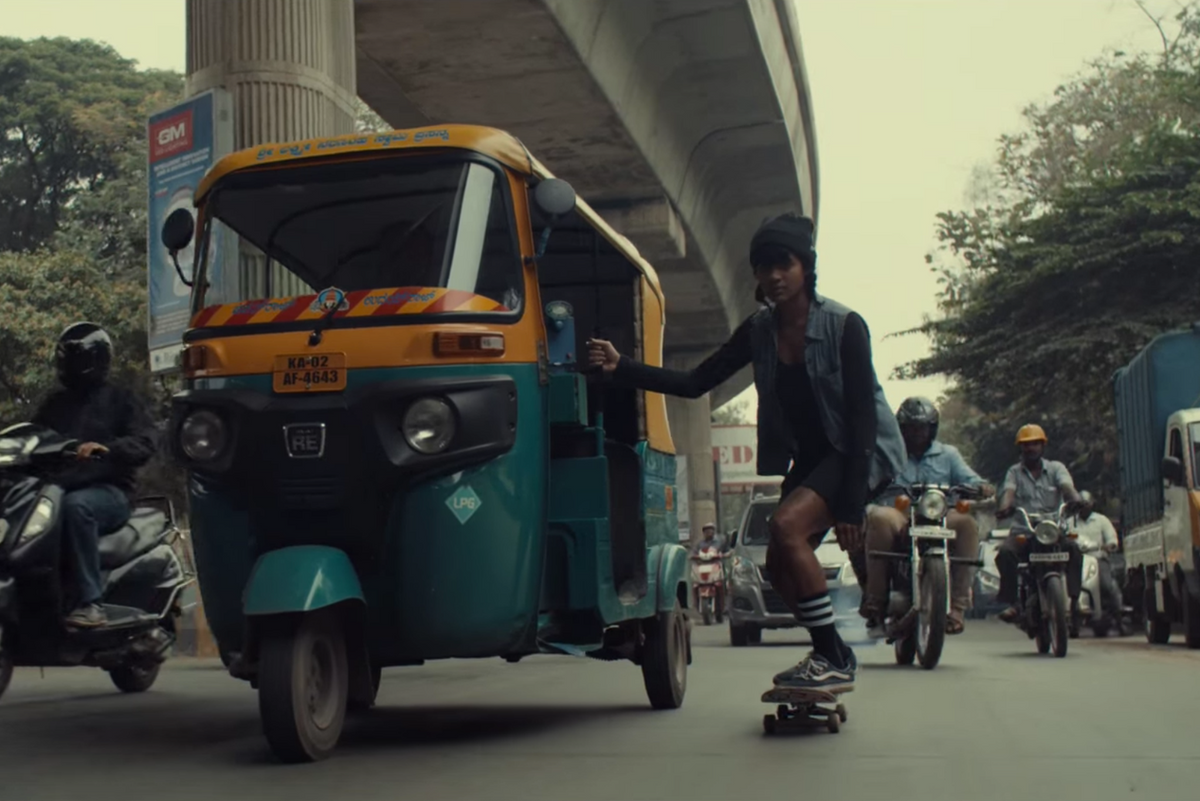 UK band Wild Beasts have released an epic new music video for "Alpha Female," the first single off their forthcoming album, Boy King that explores the girl skaters of India. In an interview with Dazed, the video's director Sasha Rainbow explained that she wanted to pay tribute to the empowering impact skating has for girls outside the western world:

"In places like Afghanistan, Cambodia, and India, skating has not been solidified as a male sport and therefore has had a massive cultural impact, teaching values about self-empowerment through skateboarding. Because of the current political climate in the west and attitudes of intolerance and sexism across the world, I wanted to create a video that celebrates everyone who takes the risk to be themselves."

Rainbow went to Bangalore to shoot the video, following India's first professional female skater Atita Verghese as well as the badass ladies of the Girl Skate India and the Holystoked Skate Crew collectives. She was so inspired by her time spent with these women that she's shooting a full length documentary about them. "The girls I worked with are an inspiration," Rainbow says. "I want to commemorate this incredible moment in India and show how massive cultural change can start with just one person."

Watch them in action below...