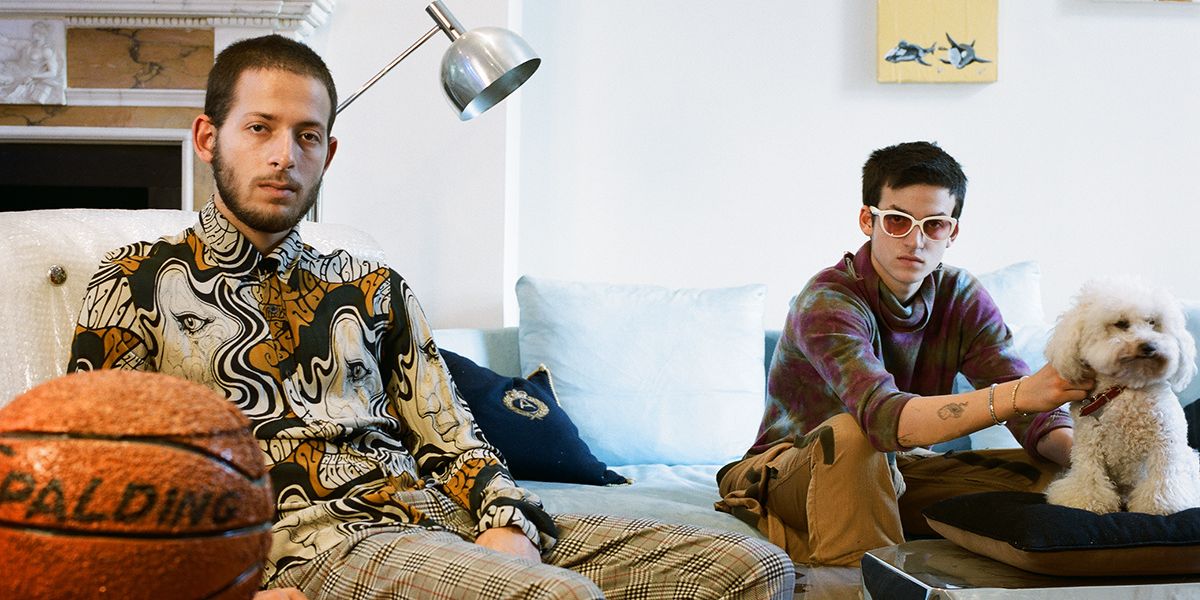 Walking into Adrian and Kai Schachter's New York City studio feels like diving into the sea of ruins, creation, colors and tale.While there, you might find Adrian lacquering some cupcakes and brownies and sticking them on a giant, mushroom-shaped sculpture (he's finishing an assignment that's meant to symbolize toxic culture through preservative-laden bodega food). His brother Kai, meanwhile, is spraypainting some angelic sculptures he found in Chinatown while their "aspiring conceptual artist" dog, Marcel Duchamp Schachter, lounges nearby.

Encouraged by their parents, artist/curator/writer/art dealer Kenny Schachter and artist Ilona Schachter, Adrian and Kai started making art before they knew how to put on pants. The two brothers have completely opposite personalities and their work, which has been described as 'yin and yang,' reflects their differing tastes and temperaments. Kai's style is dreamy and expressive, with scrolls of contemplative handwriting meandering along the canvas while Adrian is more diagrammatic, basing his subjects around the conceptual. With their roommate Caio Twombly's (son of artist Cy Twombly) thought-provoking curation, Adrian and Kai have shown their work in Art Basel, Soho House and galleries throughout London, New York and soon LA. Having grown up in artistically anchored families, the trio seeks to appeal not only to the deeply rooted art world but also to the underground youth culture of which they're a part.

Attending the Schachter brothers' shows is to immerse yourself in a whole package of unexpected surprises. Their May 2017 show “Slipped Disc" was held in a temporarily abandoned hospital. Adrian's paintings, which were based on childhood memories and dreams, sold out on their opening night.

During the past year, Kai and Adrian have begun a collaboration with Adidas NYC, starting with an impromptu photoshoot where they were recorded and photographed in their personal studio painting on the iconic Adidas Superstar shoe in celebration of Design Week. The two have also begun a long term artistic discussion and across-the-pond-residency with Raff Law's London-based collective Something To Hate On. The group displays artwork in an immersive and creative environment, complemented by music and performance art. In today's hyper-connected world, Adrian and Kai are particularly strong links to the art world's creative new generation.