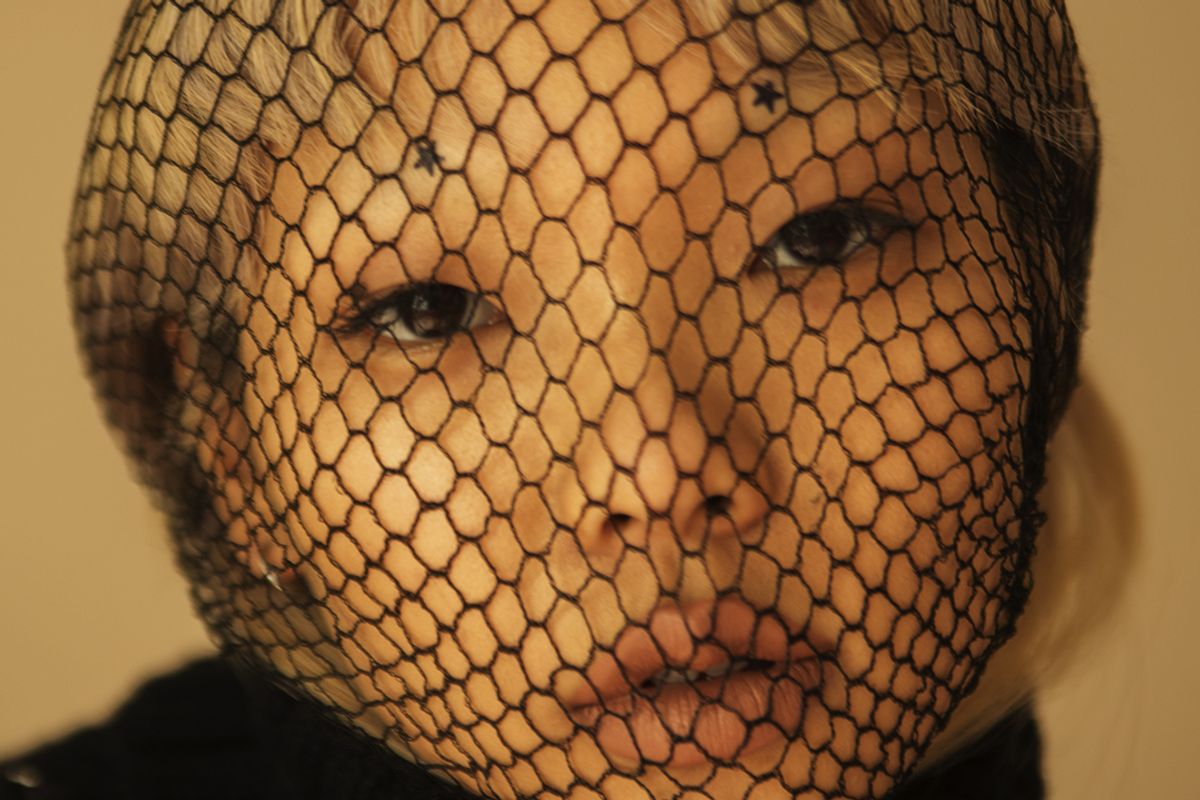 Meet Princess Gollum, The Instagram It Girl of Your Nightmares

Every once in a while, there's a rising Instagram star who helps remind us that the Internet can still actually be an incubator for amazing leftfield looks. One we're obsessed with has been Josephine Pearl Lee's, better known online as @princessgollum. Known for her early aughts metalcore meets industrial goth aesthetic, slightly unsettling photographs and innovative (typically eyebrow-less) make up, her feed has remained one of our consistent favorites -- and we're obviously not the only ones, as her incredible web presence has led to cameos in Obey campaigns, JNCO ads and the Gypsy Sport CFDA show, despite being a full foot shorter than the industry standard. Peep some exclusive Arvida Bystrom-shot photos alongside our Q&A with the Internet It Girl below about everything from her barrier-transcending badness to embracing the haters to having Hot Cheetos for eyebrows -- because you know that's where Pat McGrath's heading next season. 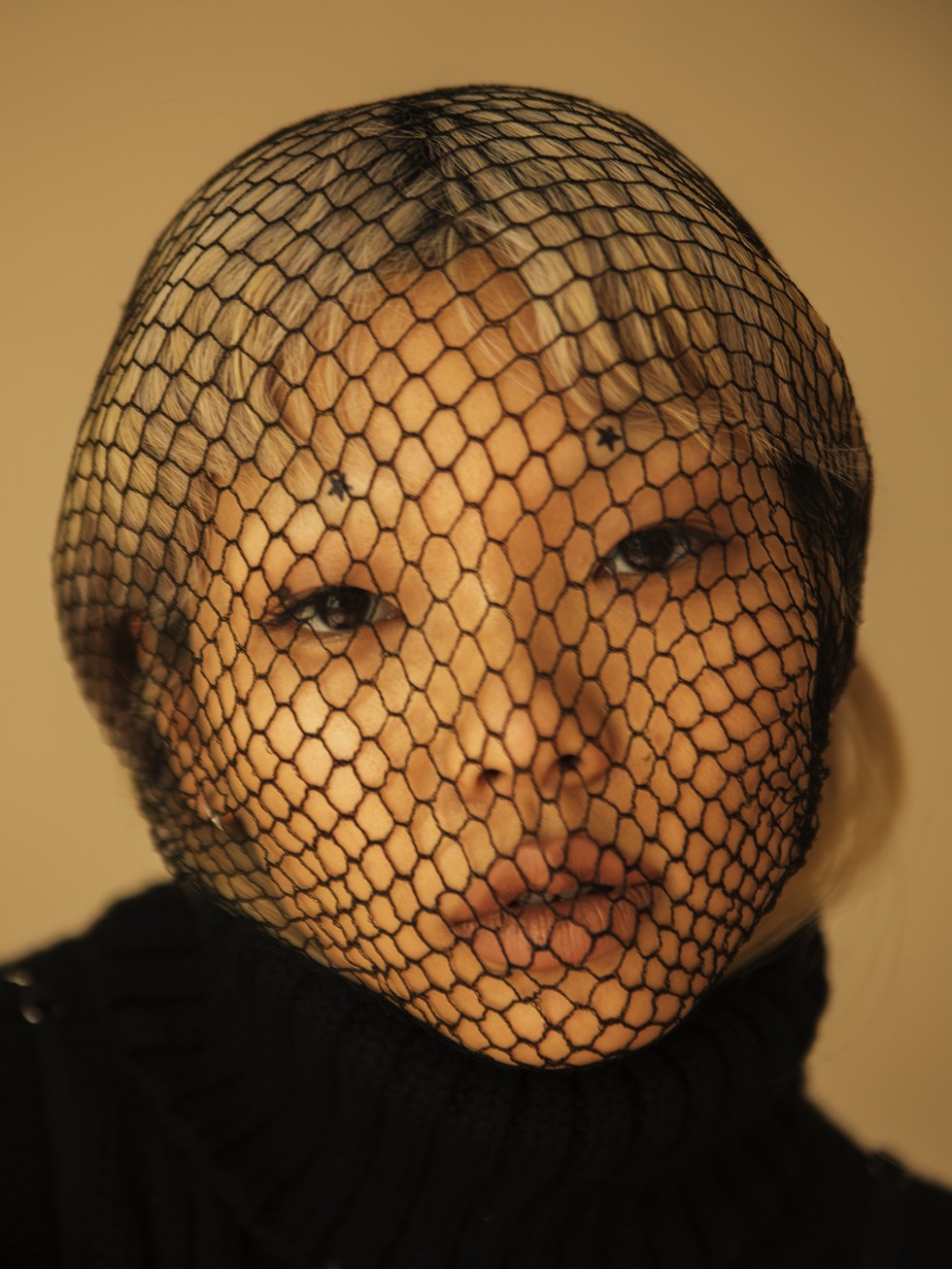 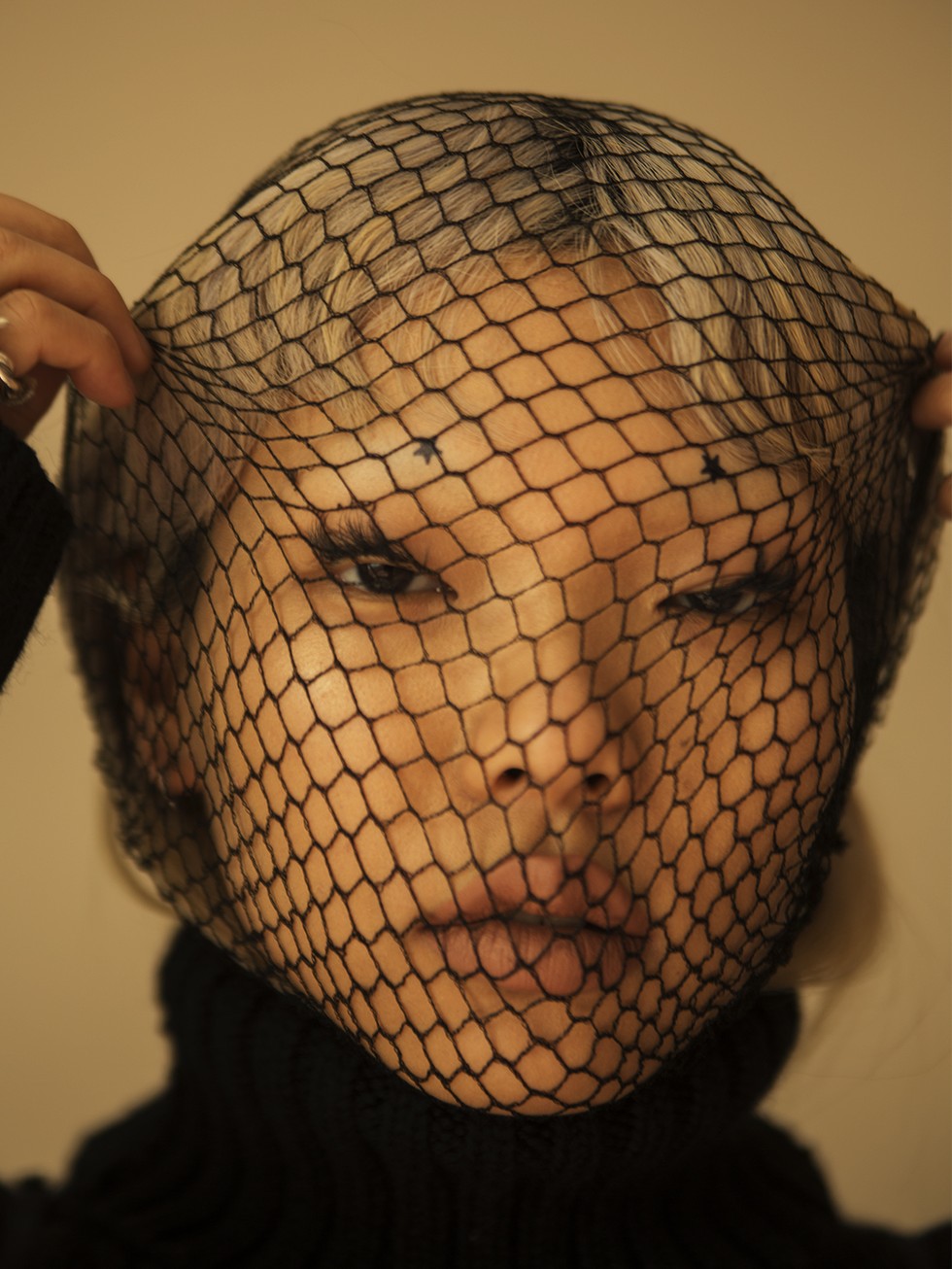 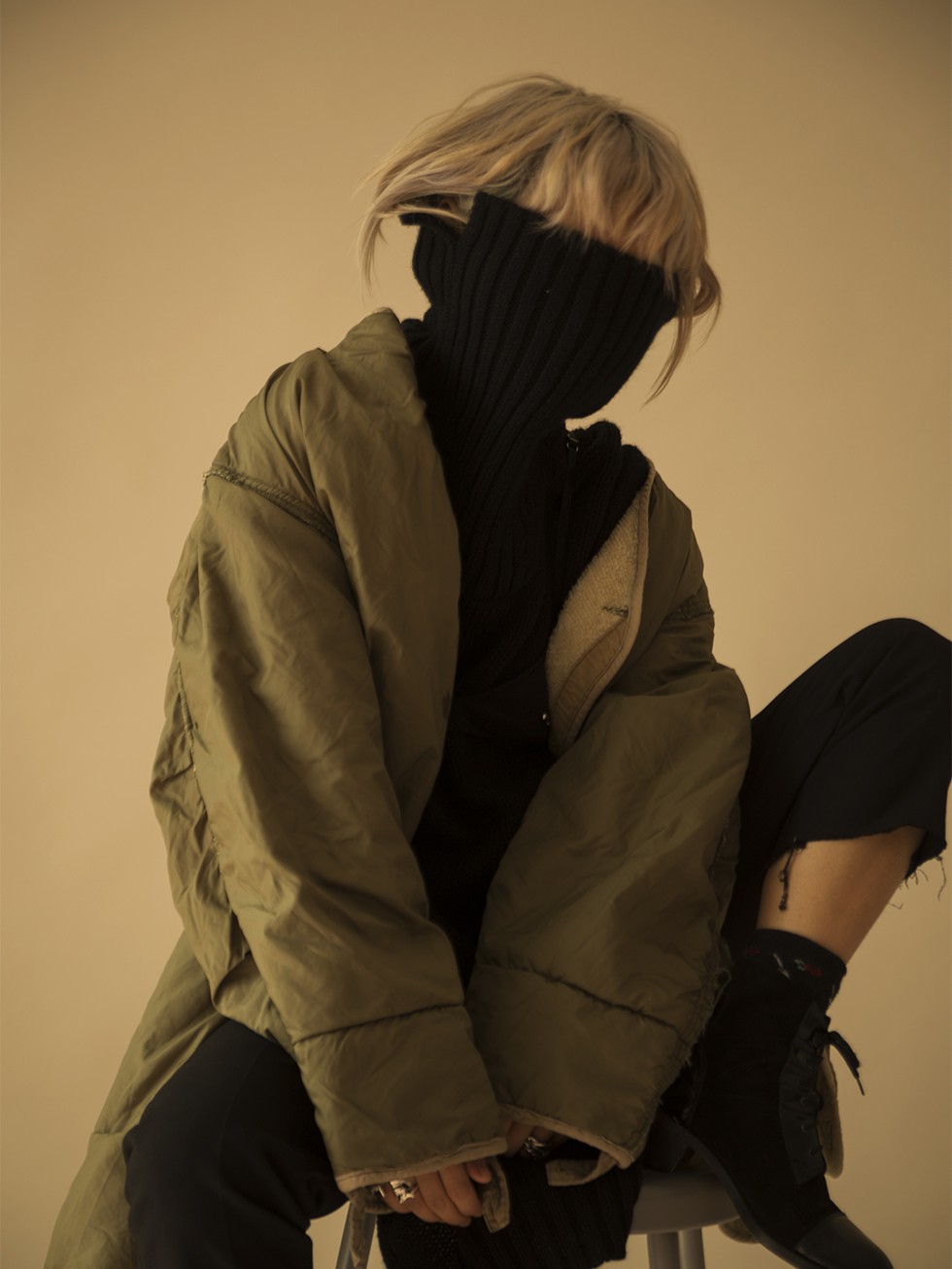 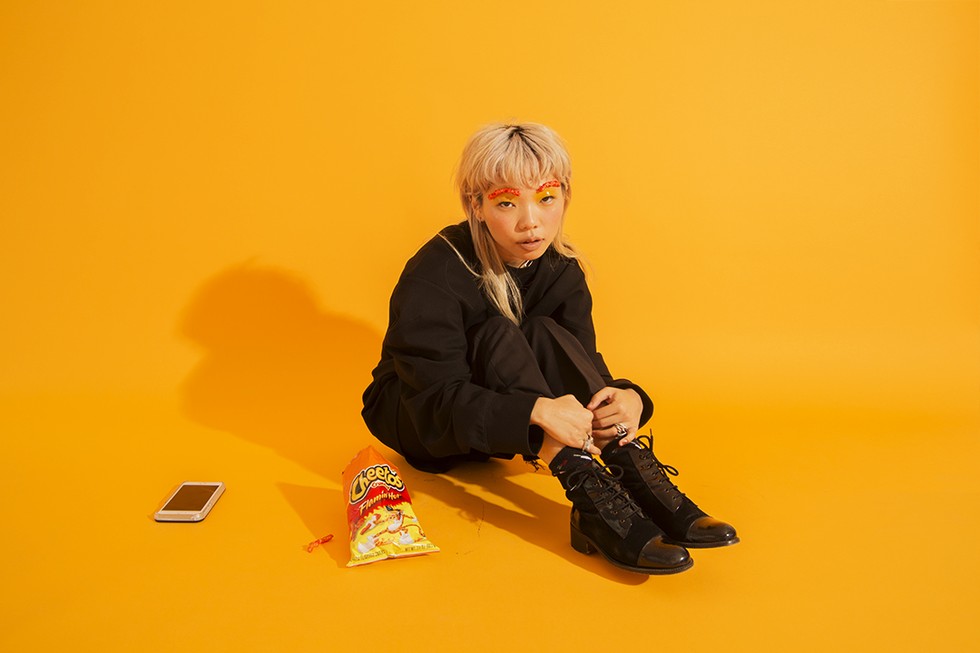 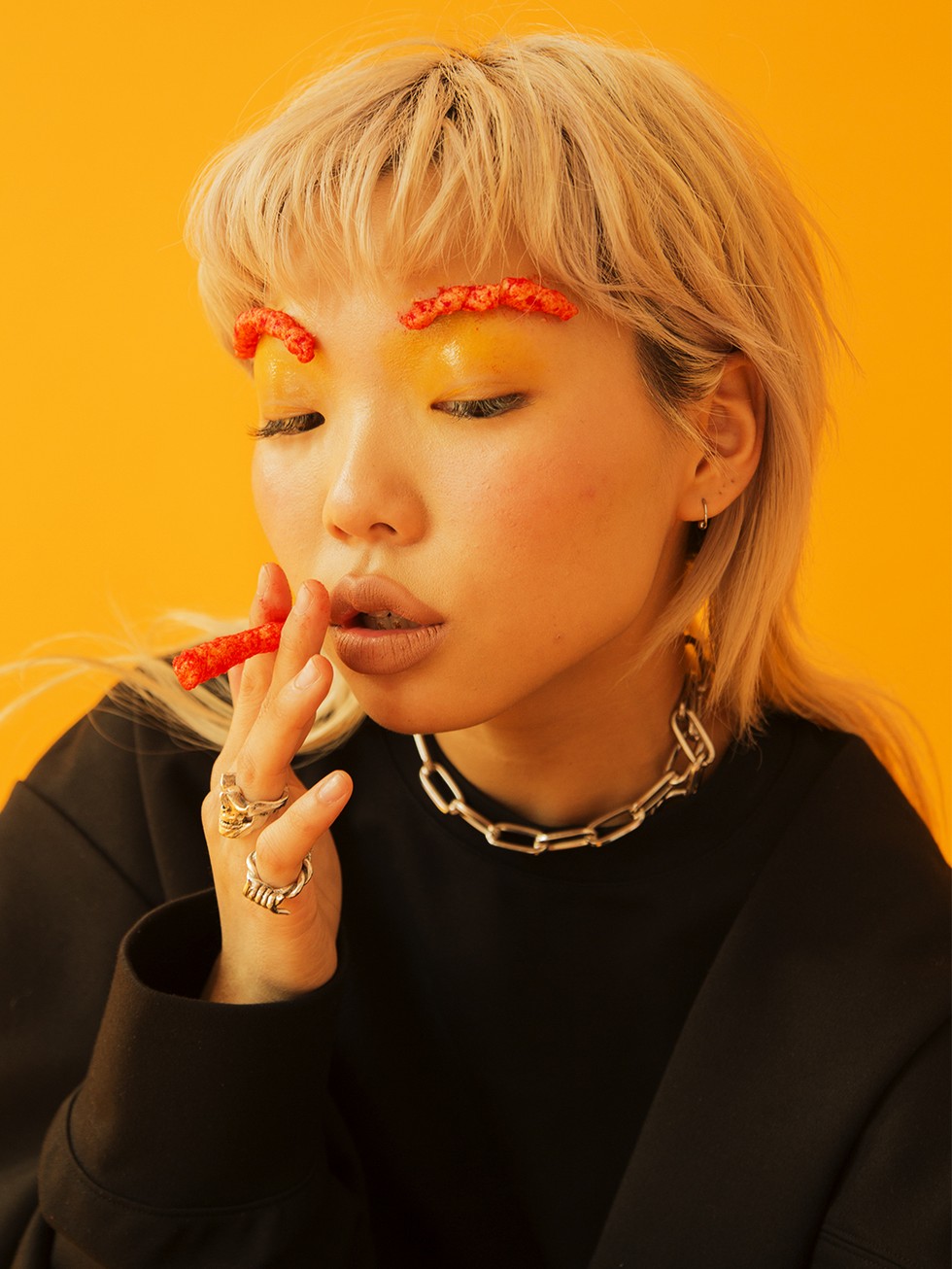 Tell me a little bit about who Princess Gollum is.

Talking about myself gives me so much anxiety so I asked an angel very close to me to help:

Contrary to popular belief she is very, very funny and has an awareness about herself that usually comes from people twice her age. If there was a doll made to look like her, you could pull a string and have an unlimited amount of catchphrases that border on extremely cute to fairly annoying. One of the first things that stood out about her to me is she can say something is cool and then it becomes cool, even if you didn't think it was before. She has an eye for beauty where beauty wouldn't normally be found. The more you are with her the more in love with her you become. She is not the Internet, she is herself. She is constantly evolving and constantly loving, kind caring and thoughtful. And those are her bad qualities. If you should ever to be lucky enough to meet her, cherish every moment you have because she will leave you wanting more. Third Eye Blind by Third Eye Blind is her favorite album and she currently likes wigs. She is as beautiful and weird on the inside as she is on the outside.

When did you first start noticing that big jump of followers?

When I first had my period.

How did you sort of hone in/develop your style?

When I realized that I can literally wear whatever I want and feel comfortable in. I always try to dress in things I feel most myself in, I think that's what style should be, right?

How "curated" would you say your social media presence is? How long do you typically take to post something? Or is it all just sort of done off-the-cuff?

Whatever I post online is pretty close to reality if not completely.

I put some thought into what I'm posting -- I try to think of a good caption but not more than most and not that much less. The initial part about social media that I found fun was that it was on-the-fly (one of my favorite American sayings) -- now it all feels planned, strategized and timed. I can even see when I should post, how many impressions I'm getting on each photo, etc. through the insights feature on Instagram. It gives me anxiety.

How do you deal with the inevitable online haters?

I go on their pages and start liking all their selfies, liking and complimenting on everything. Usually they end up apologizing and we become friends.

Also 9 out 10 times, they are right. I am freaking ugly and weird.

Also when I say ugly I mean beautiful.

Being in Bernhard Willhelm's lookbook Magic Potato is my favorite thing I've ever been a part of. I respect and love him very, very much.

Walking in Gypsy Sport's show for Vogue's CFDA, and being 92 feet shorter than the average height of a runway model was also pretty tight.

Putting a squid on my head with @snapsstudio and @mugopus was also very me.

Most of my everyday face looks with stars and hearts all over my face makes life worth living thanks to @milkmakeup as well as 24kt gold $ sign tooth gems and luscious lash extensions from my girls at @gby_beauty, they're lit.

Last but not least, when I had Hot Cheeto Fries as eyebrows lol.

Let's talk a little about your modeling -- how did you start booking shoots? Why do you think photographers gravitate toward you?

What do you think about the way the Internet has changed the fashion industry and modeling?

The Internet has changed not only the fashion and modeling world but Everything.

Without it, I think the evolution of fashion and the perception of beauty wouldn't be as nearly as progressive as it is now. It's the age of information. We're able to see anything and everything that's going on around the world at the same time, whether it be related to fashion or not. All of those things affect what we wear. It also gives people like me a platform to present ourselves in our own ways and anyone can find each other, and have the freedom to like or dislike, follow and unfollow.

Without the Internet I wouldn't be here doing this interview. But don't get me wrong…there are a lot of downsides to the Internet in the fashion world and also modeling. Things can become the next big thing in a matter of minutes but it can also die just as quickly, if not quicker. Ideas, looks and work are stolen faster and on a larger scale every single day. Doesn't matter who you are, big, small, famous, rich, or poor, it happens to every body and it sucks. People are more prone to hating behind the comfort of their LED screens. I not only get told that I'm ugly (which I know already, thank you) but I also get told to kill myself everyday. To be honest, a lot of the times it's funny and makes me lol but sometimes it gets darker than that and that also sucks. The Internet doesn't define you or make you who you are. It's only a tool. That's why you gotta be grounded and really know who you are at your core. Keep your head and heart connected, keep your soul pure.

Have there been any moments since where you are like 'holy shit' what I do is surreal?

All of the time but also not really.

When I really get into what I'm doing, things seems quite normal but when I take a step back a lot of the times, I'm like 'Woah, this is crazy!!!' but never really surreal. I think if you live life in gratitude, you just appreciate getting to live your cool ass life.

I don't have much else to say but that if you're in the dark right now and not seeing any light… just remember that it WILL pass. Everything passes, I promise. Sometimes you gotta feel super un-tight to feel super tight. Just hang in there.