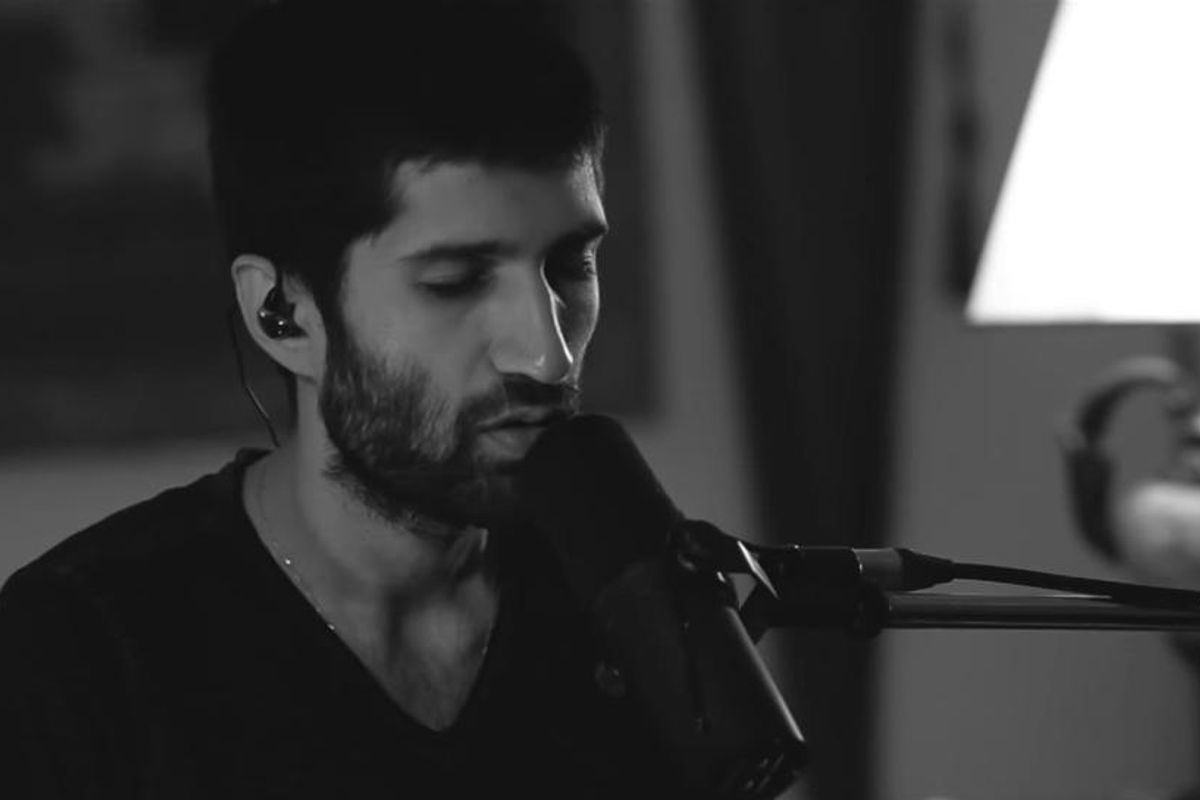 Mumbai-based musicians Sohrab Nicholson and Rohan Ramanna's project, Nicholson, is bringing warmth, ease and intimacy to the live electronic music scene in India. With beautiful videos shot by Sachin Pillai and Angshuman Ghosh and kinetic, exultant live shows, the duo has been catapulted to the forefront of India's festival circuit seemingly overnight. We spoke with them about India's growing live electronic music scene, working on their first full-length album, and how to balance live performance with inherent shyness.

How is the music scene changing in the country? What is Nicholson's place amongst this change?

Nicholson: Five years ago, it was very difficult to do what we're doing for a living. There's a longstanding and heavy tax for establishments that feature live performances in most of the metro areas here. Subsequently, there are only a few venues that can accommodate more than a DJ tabletop setup.

Ramanna: We felt there was something missing in the local music we were exposed to at the time. There was room for a new sound, room to experiment and try new things.

Nicholson: In some respects, everything is fresh and exciting because nobody really knows the scope of what's possible in the years to come. The scene is so young that right now, festivals like NH7 Weekender and Magnetic Fields have been absolute game changers. There's so much potential right now. The best thing any artist can do is to continue to put out work and tour more. That's how the scene will grow.

Ramanna: Most of the new bands that come up here don't spend more than a month producing their first EP. It's rare that a new band would dedicate seven months to write and produce their first EP. They're eager to line up gigs.

Can you describe the experience you try to create for listeners?

Nicholson: We're trying to create a genre-free experience that's original but familiar. All of our favorite music is able to transport us, so that's what we're hoping for.

Your first two EPs, For What and Cold Water, were quite heavy with heartbreak.

Nicholson: Yes, haha! The idea was to build a narrative that ran through each story. Right now, we're knee-deep in writing our first full-length album. We're working on a lot of new material right now, so while the new work is an evolution of what was, writing an album presents you with an opportunity to tell a much larger story. We're also working on an audio visual experience that we hope to tour both domestically and internationally.

In your live shows, you've been known to perform behind sets that obstruct the audience's view of you, as you're quite shy. How do you connect with the audience that's come to see you in person?

Nicholson: We have on a few occasions, and continue, to play behind a translucent net. We're visible but a little restrained. Our visual narrative is projected on screens. The idea is to be part of something bigger without being invisible, and without being the focus.

Ramanna: Our upcoming album and live show is a totally different experience. We're working on a visual show that has a great deal of visual narrative. We're working with Wolves Visuals and Nikunj Patel, a really talented young animator who's doing great work.

Why is it a particularly good or challenging time to be doing what you're doing?

Nicholson: It's good, because there's so much potential and scope for growth. The main challenge is that EDM sort of has a very tight grip on the scene. A greater emphasis on venues that can accommodate live music would balance that out.

Can you share some of your favorite Indian artists you're listening to now?