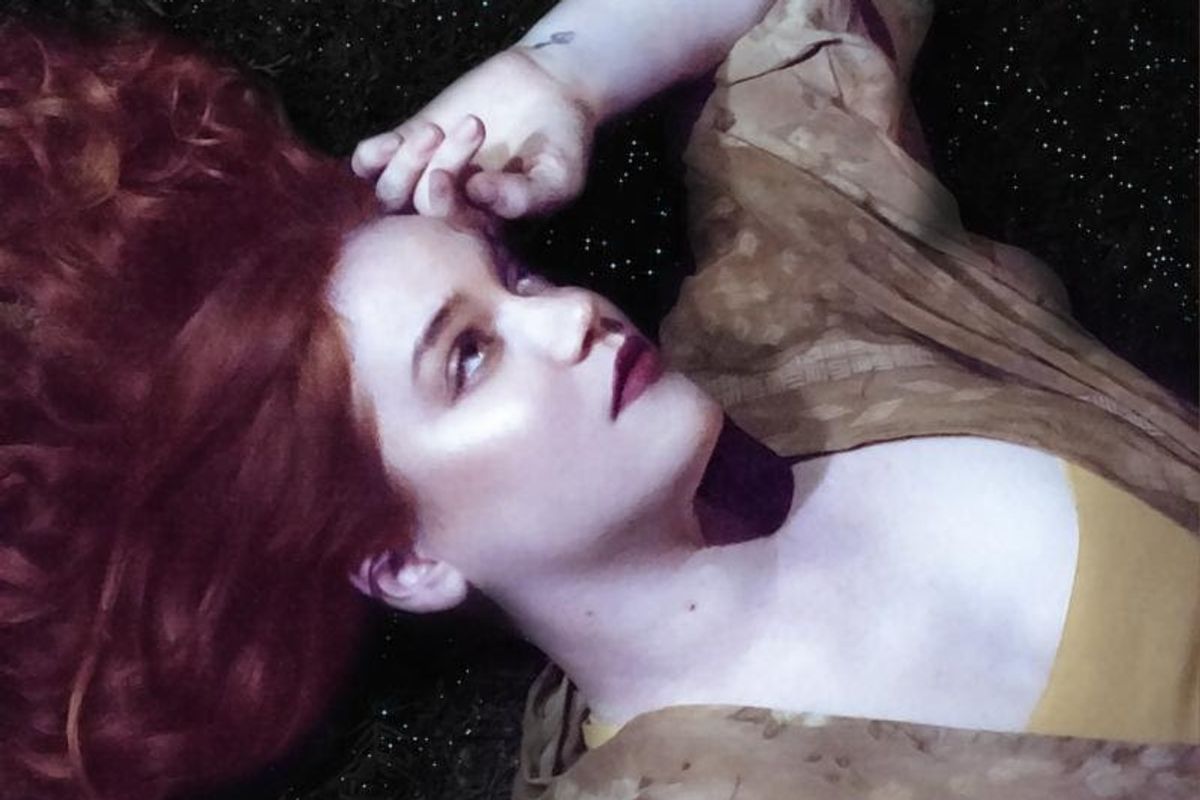 Meet Anna Wise, the Artist-Cum-Activist Who Won't Take No For An Answer

Music doesn't get any more authentic than Anna Wise. The Grammy-winning long-time Kendrick Lamar collaborator and confidante is not only an alt-rnb star on the rise, but she breathes integrity. Her social conscience is so active you might very well label her an activist, but what she really is is a defender of the downtroddon. In fact her surname has become a self-fulfilling prophecy. While cynics may call the singer's desire to "understand the earth", the green-juice-Bikram-effect of LA, to Anna, compassion is not a fad.

Her last two EPs, The Feminine Act I and The Feminine Act II (the latter which she released this year) continue this mission. Through gauzy synth, ethereal vocals and anchored in syncopated beats that pack punch, Anna attempts to break down barriers and give a voice to the silent with some seriously adept social commentary. They're catchy, compelling and Anna's answer to everything that's wrong with America. Oh and she's also totally independent, spearheading the way for artists to avoid the vortex of major labels.

On the road to SXSW, we got hold of Anna to talk The Feminine(s), festivals and female empowerment.

Anna! How's the lead-up to SX been? How are you feeling?I'm feeling good about it! I'm so excited, there's an unofficial showcase that I'm doing which has an all female line-up. That's what I'm mostly excited for.

That's actually something I wanted to talk to you about, do you feel there's enough female representation in the indie-RnB sphere?
I don't feel like there's enough female representation in anything. When I'm on the road, I try and listen to the radio to see how many male artists they'll play on the radio before playing a female artist. It's really hard for women to get that play.

Man, that's just so surprising. That's often so reflected in festival line-ups too.
I so agree. It's so interesting to me, you'll find that women do really well too. So I wonder why it is. It's this misogyny mystery. I'm also friends with a lot of these guys who support women and are putting together these lineups and I'm like, 'you guys support women how are you not putting female artists on the bill?' It's contributing to the problem.

Right, it made global news that Beyoncé was the first female headliner since Björk, essentially because there was a ten year gap between them. It's like it's 2017, why are we branding Beyonce, who is an unquestionably excellent performer, headlining a music festival as a victory for women?
I feel that way about so many things. Like hello, our president is Donald Trump right now. He's straight up misogynist, homophobic, transphobic, Islamaphobic as fuck. It's totally crazy to me that we haven't figured out it's all love. Maybe people hate someone that's so different from them because they actually hate themselves.

That's something I wanted to ask you, I mean how obligated, as a woman and an artist, do you feel to use your platform to address this kind of stuff?
To me it's not an obligation, it's an obsession. It's what I'm thinking about everyday. I'm thinking about women but I'm thinking about Black Lives Matter and gay rights and my trans friends. It's a lifestyle for me trying to better myself and thinking about how I can partner with marginalized groups and help.

It must be exhausting, though, to be pulled in all these directions while trying to be creative?
Honestly I don't feel exhausted by it! It's more exhausting to be black in America, in general. I have the privilege of being white, I see my other friends struggling and I don't want them to struggle. I don't feel overwhelmed or tired, I agree with you that I feel obligated in a way, but it's energizing. Yesterday I met with a women who runs an organization in St. Louis called 'Hands Up' so we're working on how I can come back and help. I have this platform and I don't want to be locked up in a castle on a hill with fences around my house being like 'praise me I'm a fucking god.' It's a lifestyle and it's not fulfilling.

So tell me then how The Feminine: Act II plays a role in that.
Well I would call Act I the sledgehammer through the wall and I would call Act II like a safe place where anyone who's feeling marginalized listen to the music and feel okay for 30 minutes. I wanted to create a project that people feel in touch with.

That must feel so rewarding.
It is so rewarding and I'm working with a really small team and so I'm producing or co-producing every track. I feel really good that people like what I'm creating.

Well you won a Grammy last year so you know they must. Does that kind of award keep you hungry or do you feel like you can take a breath?
Yeah, I mean it felt really validating. I love that I have it and it's in my apartment like 'ooh I did that.' I also don't take it too seriously because it's political. I'm honored and it absolutely changed my life but I'm not like a be-all-end-all thing I can die now.

I wonder if that's ever attainable, to reach that place where you feel you've peaked and that's a wrap.
Totally, life is not a video game.

I feel like we all play it like it is one anyway. Getting to the next level. Moving forward, moving up.
We totally do. That's another obsession of mine, I don't to know how the world ticks. Our brains are so intensely complicated and fascinating and we still no practically nothing about ourselves. I'm so fascinated by existence, like what is god, what is the universe, what are we.

I know that you're releasing this album through Stem, as opposed to a big label. How has that altered your creative process?
It's a lot like running a small business. I get to control every aspect and detail of my career because it's my career. I love writing all my own lyrics and melodies, it's a lifestyle. I'm constantly switching between conceptualizing and actualizing songs or videos and then working on the business side too. With all the money and resources labels have, you can get really big really quick and then it can actually change your heart and your mind.

Have you seen that happen to people around you?
Yeah, there's definitely a separation once you get to a certain level of fame. People start treating them like gods, you can't go anywhere without being hounded. I just want to be regular.

Anna is playing today at SXSW, 8pm at the Swan Dive and 10pm at Empire Control Room's Mazda Studio.