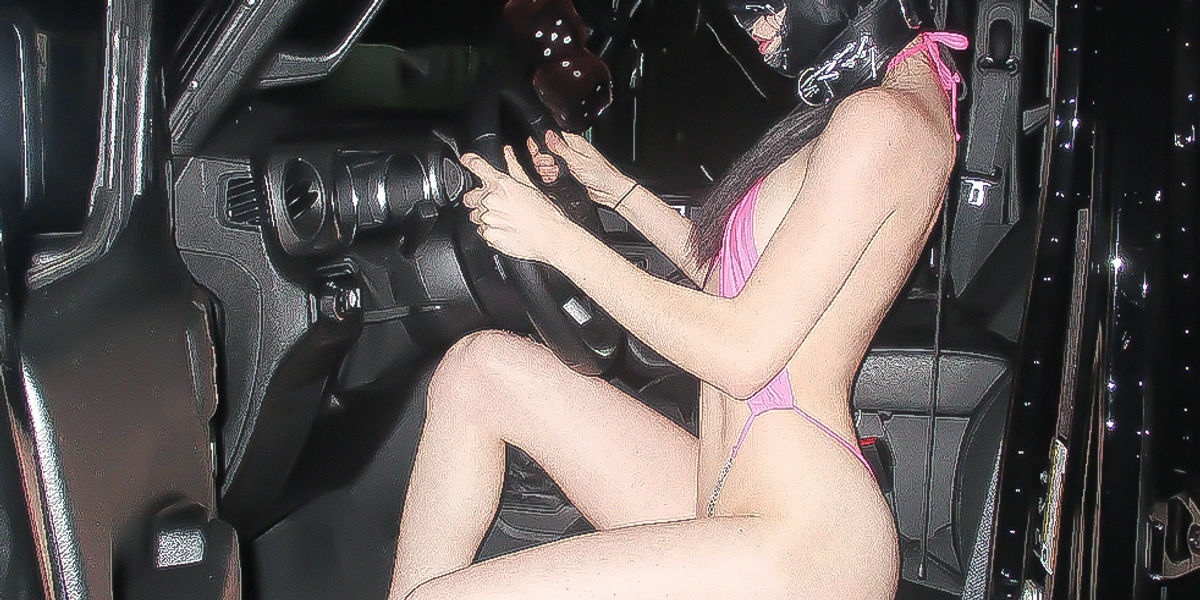 Related | MEATY Would Open the Box to See 'Daddy Pinhead'

"I got my hummer, bitch, and ima use it," MEATY warns with vocals modified to sound like the monster in your closet. "'Hummer' is a song to blast in your car and forget about that bitch who did you dirty," he says of the heavy Shane Clay-produced cut. "Take the power and put it in your own hands. Period."

Related | The Most Disturbing Music Video You'll Watch All Day

"Collaborating with Shane [Clay] is my favorite because he deals with my psycho critical ass, and I feel comfortable to express my feelings and pain around him," MEATY tells PAPER of his longtime collaborator, who puts those devilish raps against ferocious, electronic beats begging to trigger any neighborhood watch group.

Watch MEATY's "Hummer," above, stream the track, below, and catch his performance this Friday, May 28 at HEAV3N's comeback party in Los Angeles alongside artists like Chase Icon, Pussy Riot and Dana Dentata.