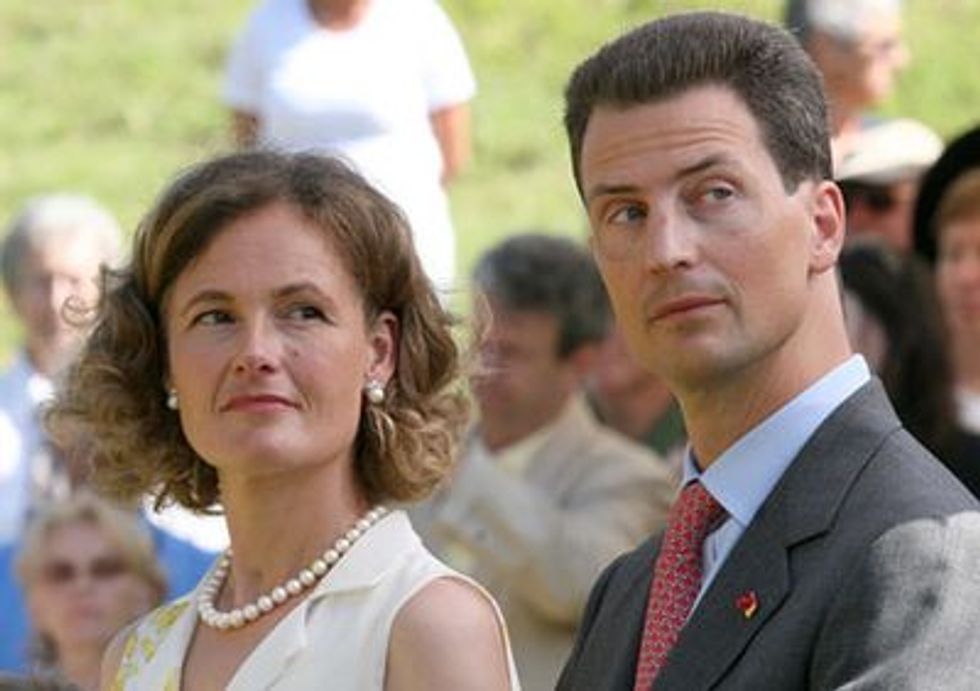 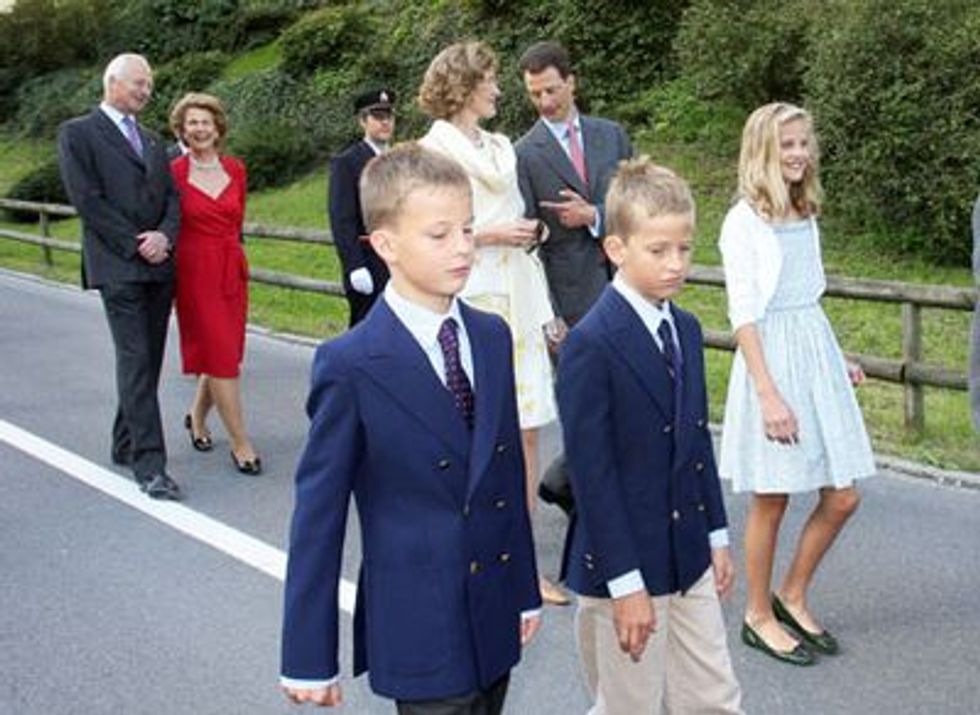 Mr. Mickey has always had a little thing for the Princely family of Liechtenstein. Here's a shot of Hereditary Prince Alois with his wife, the former Duchess Sophie in Bavaria (yes it's IN Bavaria not OF Bavaria. Long story). They were at the National celebration for the birthday of Prince Alois' father Hans-Adam. Also at the soiree were the Hereditary couple's children. MM isn't sure which prince is which but it's probably Prince Georg, Prince Nikolaus and Princess Marie-Caroline. The oldest son Prince Joseph Wenzel is 14 and these lil nippers look more like 9 or 10. Marie-Caroline will be 13 in October and is already a super cutie.