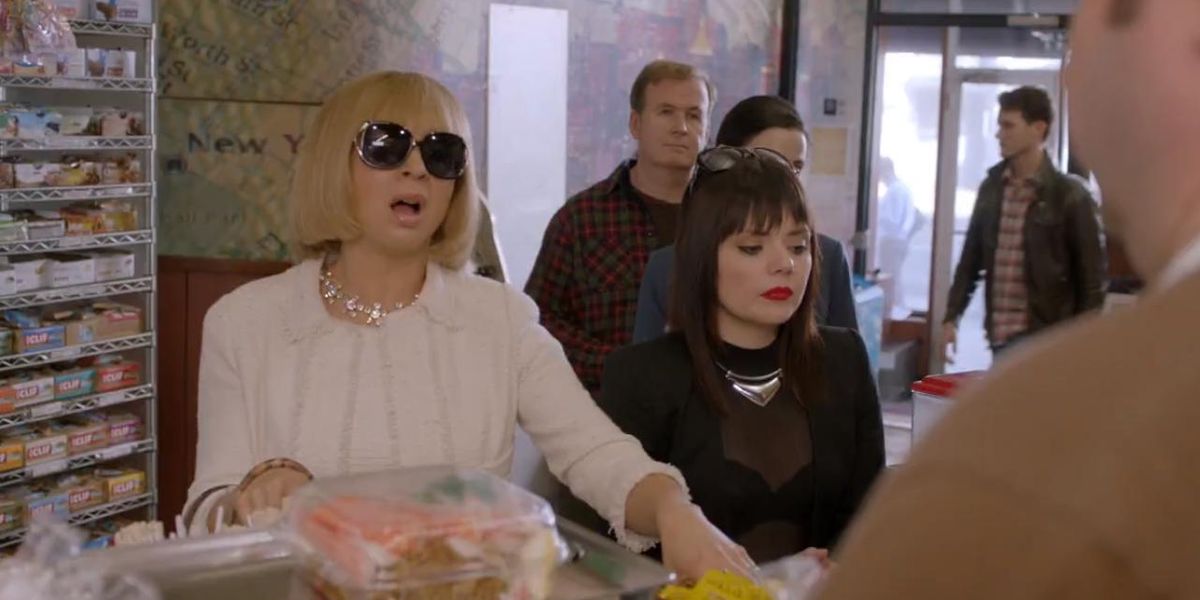 Anna Wintour is often characterized as elitist, reticent and unrelatable, but in a new sketch from Maya Rudolph and Martin Short's new variety show, Maya and Marty, we get to see a different side of her.

Played by Maya Rudolph, Wintour takes viewers through her New York, specifically to the absurdly unglamorous Han's Bodega where she holds Vogue editorial meetings, eats seafood (tuna and imitation crab, specifically) and puts several packets of hot sauce in her bag (Beyonce, anyone??).


At Han's, Rudolf/Wintour pontificates about New York and even bumps into Karl Lagerfeld at Han's whom she embraces in endless cheek air kisses. It's funny but still wonderfully accurate -- most people view Wintour as a larger-than-life figure who does what she wants when she wants. Even at Han's Bodega.