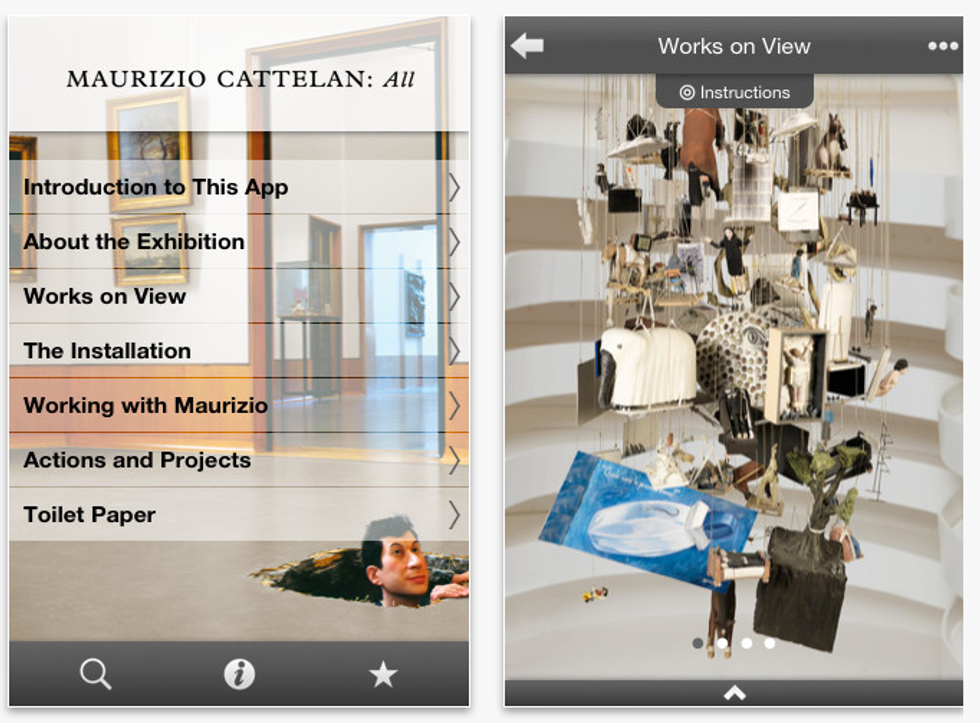 1. The Guggenheim has launched a special app for their exhibition Maurizio Cattelan: All, on view today through January 22, 2012. Better yet, John Waters hosts a series of videos about all of the app's features, which includes behind-the-scenes looks at the instillation, photos and tons of interviews with curators, critics, and the artist's friends.

2. Curious about your Twitter metrics? Tweetsheet will tell you the basics including your biggest followers, most-retweeted posts and more in a neat info-graphic.

4. "No Breasts, No Request" is a collection of notes and signs found around DJ booths and posted on L.A. DJ Mick Fiction's Tumblr blog. So make sure you have a pair of falsies next time you request "Everybody Dance Now," fellas.

8. The  Macy's Thanksgiving Day Parade  is turning 85 this year. PAPER October 2011 covergirl Mary J. Blige is one of the musical guests and the parade will also feature a design by Tim Burton. [NYT]