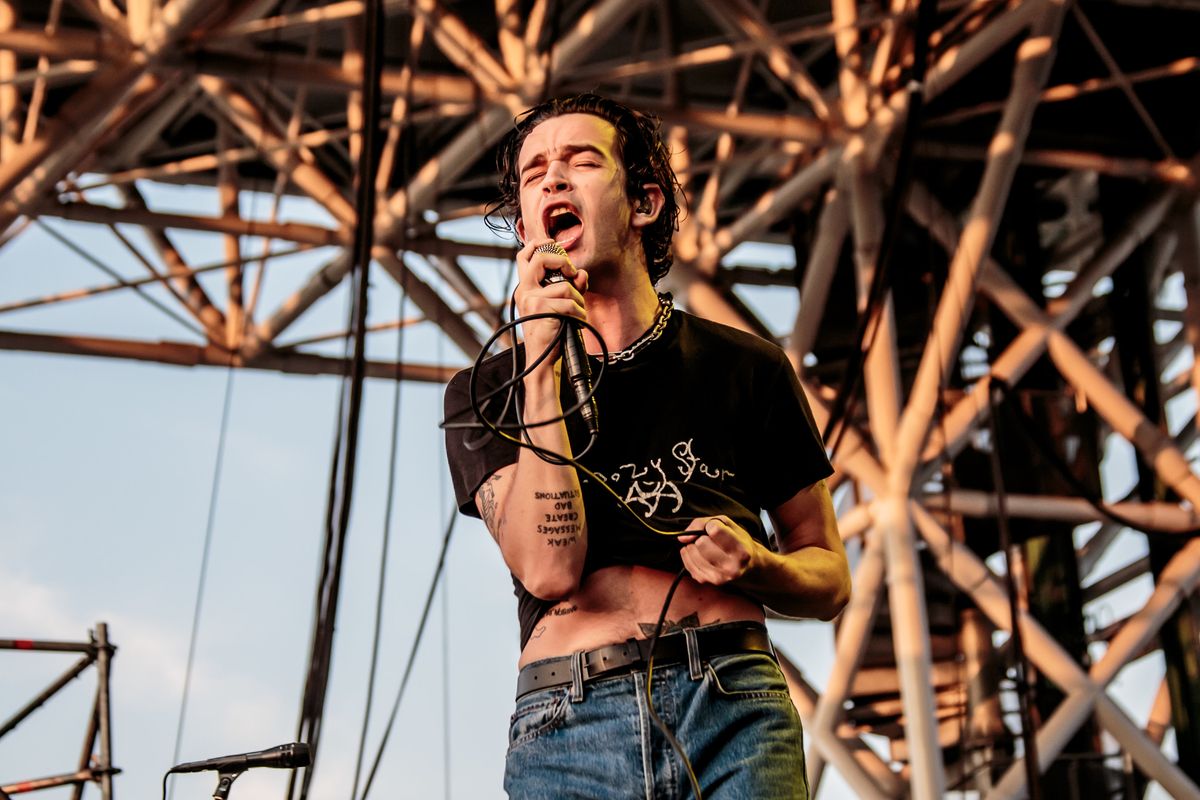 The 1975's Matty Healy Pledges to Only Play Gender-Balanced Festivals

The 1975's Matty Healy has pledged to only play festivals with a gender-balanced line-up from now on.

Following ample criticism of the male-dominated bills of this year's Reading and Leeds festivals, The Guardian's Laura Snapes asked Healy to "only play festivals that commit to X% (ideally 50%!) acts that include women and non binary performers" — a challenge he readily took on.

"Take this as me signing this contract," Healy tweeted in response to Snapes's tweet, though he also explained that The 1975 had already agreed to some festivals that may not feature balanced line-ups. "But from now I will and believe this is how male artist can be true allies."

And while Healy didn't say what percentage of female acts it would take for the band to sign onto a festival, he did follow-up by joking that his agents were likely "having kittens right now."

"But times up man people need to act and not chat," he continued, before thanking Snapes for her suggestion. "Point is that Reading and Leeds with more women would be honestly the best festival in the world."

Not only that, but in a subsequent interview with The Guardian, Healy emphasized the importance of inclusive line-ups by explaining that they help festival concertgoers "feel more included and more represented."

"It's as simple as that. All the best art for me made me feel personally addressed," he said, later adding that he'd also like to see other male musicians do what they can to bolster women, trans, and non binary acts.

Take this as me signing this contract - I have agreed to some festivals already that may not adhere to this and I would never let fans down who already have tickets. But from now I will and believe this is how male artist can be true allies ❤️ https://t.co/1eaZG2hEze

Yeah fuck knows and I’m sure my agents are having kittens right now but times up man people need to act and not chat thanks for the kick up the arse snapes you’re making a difference https://t.co/ykp2k4kiMx

Point is that Reading and Leeds with more women would be honestly the best festival in the world that place is vibeyyy. Let’s not judge people and give the benefit of the doubt that people are going to start to listening ❤️❤️I can feel the change !!