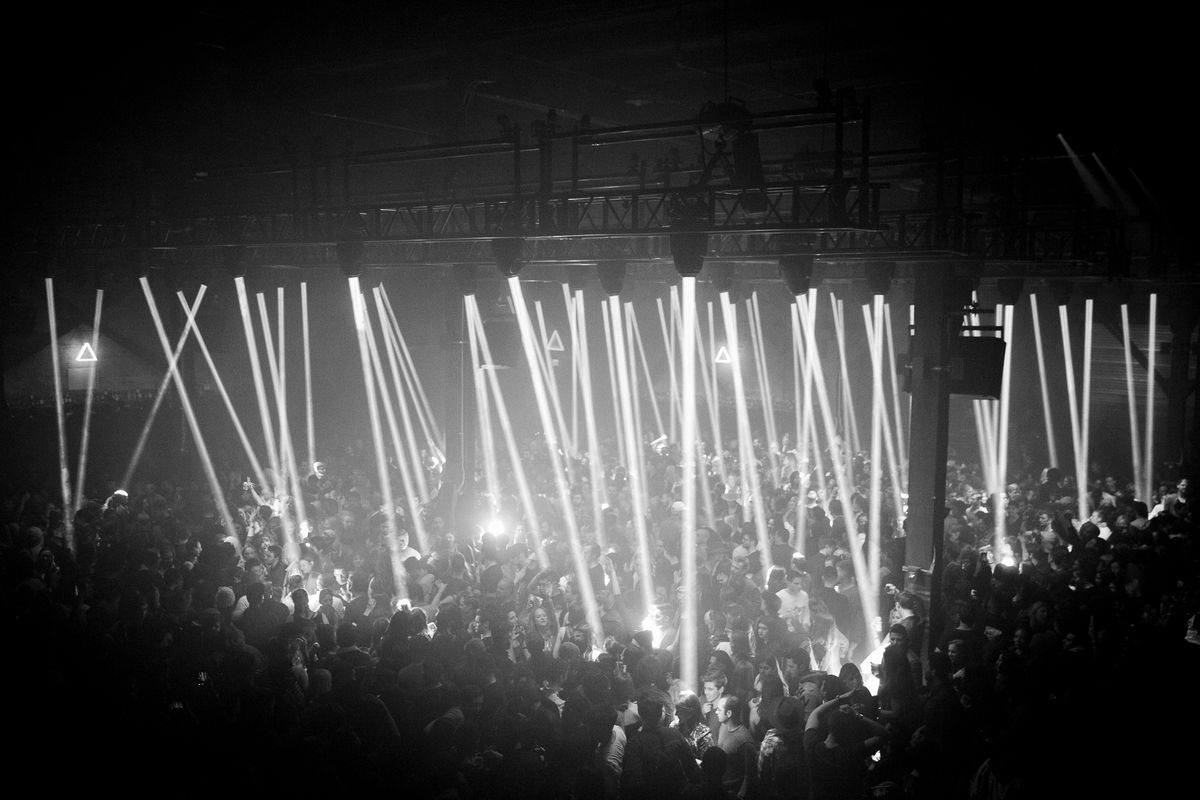 Matte's BLACK Party Was a Wonderland of Sound, Design and Art

Last weekend, creative house Matte hosted its annual BLACK show at the Bushwick arts space, Avant Gardner. They described the event as, "unifying contemporary music and visual art, transforming a night, city, and space into an orchestration of form, sound and culture."

The show, which boasted a sold out venue and over 5,000 attendees including Rita Ora, Binx Walton, Calu Rivero, and Chloe Wise, was the perfect confluence of mediums and disciplines; spiky beams of light and fog from light and sound installations by artists like COCOLAB and Tavares Strachan transformed the Bushwick warehouse into an otherworldly escape as DJs including Dixon, Barnt, Masha, DJ Hell, and Frank Ocean's producer, NOLIFE performed. Pieces like New York Sunshine's "One Ton Tank," which featured people suspended in a tank of water, fused sculpture and live performance art. The perfumery Folie à Plusiers also debuted their new scent, MATTE No. 1, which is designed by Lucas Sieuzac, and is meant to capture BLACK's "enigmatic spirit."

The warehouse, and the mixture of music, design, and contemporary art displayed within it, was meant to feel alluring, layered, and open to interpretation MATTE's co-founder Brett Kincaid says."There is a lot open to interpretation, the eyes see what they see, the ears hear what they hear, and that may be enough, but there is more if you wanna dig, which is also how I think about fashion and the design behind it," he said.

Check out photos of the event, below: