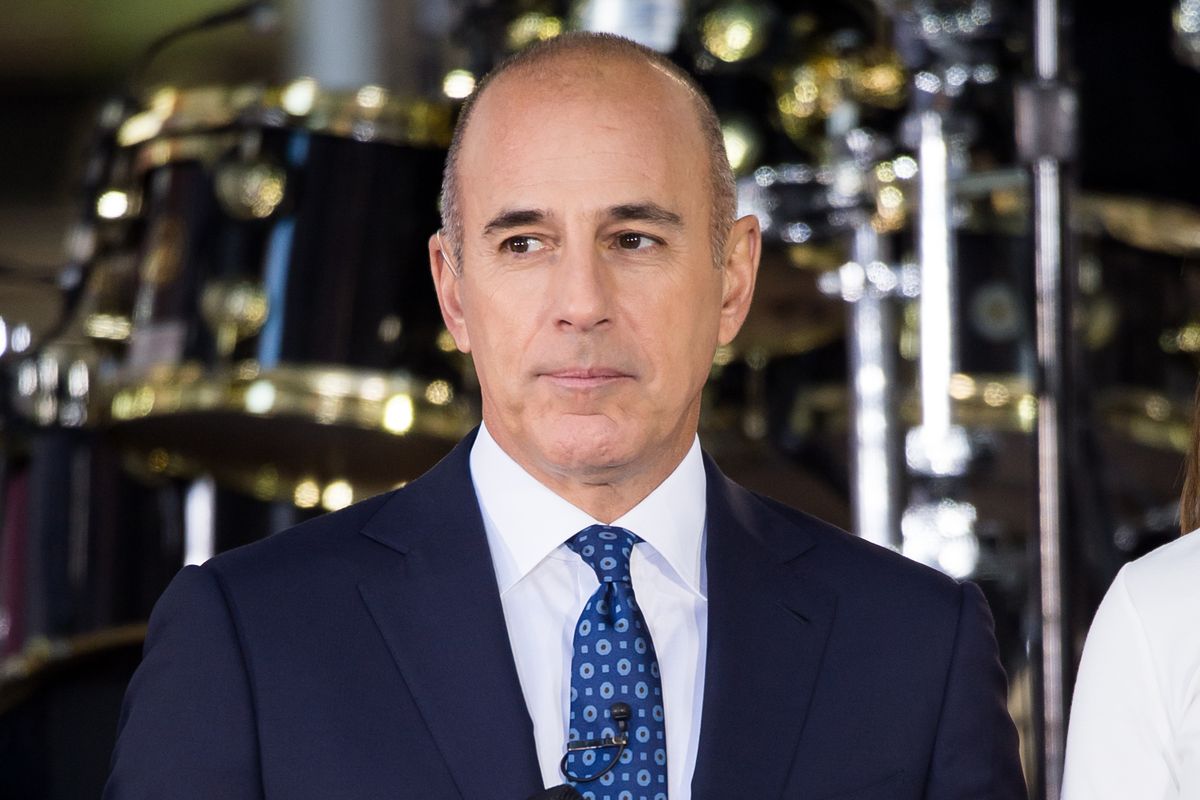 What We Know So Far About Matt Lauer's Sexual Harassment Allegations

The results of a two-monthVariety investigation into alleged sexual harassment by NBC's Today co-host Matt Lauer include details that he once gave a colleague a sex toy as a present, along with a note about how he wanted to use it on her, which left her "mortified." The host also allegedly called a different female employee to his office and exposed himself, before reprimanding her for declining to do anything. The report also alleges that Lauer sometimes quizzed female producers on their sex lives, and played "fuck, marry or kill" in which he'd reveal which of the female co-hosts he'd like to sleep with.

Variety reports that as part of its investigation, the publication conducted dozens of interviews with both current and former staffers, including three women who said they were victims of sexual harassment by Lauer. Their stories have been corroborated by friends or colleagues. All three have for now asked to remain anonymous for fear of professional repercussions.

The news reportedly came as a shock to those within NBC, not least among them Lauer's co-host Savannah Guthrie who delivered the news on air. Appearing to choke back tears, Guthrie said, "We just learned this moments ago," before assuring viewers that the show would remain professional and cover the story as journalists. She then read an official statement from NBC News Chairman Andy Lack about Lauer that said: "On Monday night, we received a detailed complaint from a colleague about inappropriate sexual behavior in the workplace by Matt Lauer. It represented, after serious review, a clear violation of our company's standards."

Matt Lauer has been terminated from NBC News. On Monday night, we received a detailed complaint from a colleague about inappropriate sexual behavior in the workplace by Matt Lauer. As a result, we've decided to terminate his employment. pic.twitter.com/1A3UAZpvPb
— TODAY (@TODAYshow) November 29, 2017

Lack's statement also said that he had "reason to believe this may not have been an isolated incident." According to CNN's Brian Stelter, both the New York Times andVariety are preparing investigations into the journalist's alleged behavior.

Guthrie, who was not only Lauer's co-host but personal friend, said she was "heartbroken" and "devastated" by the news. "We are grappling with a dilemma so many people have faced these last few weeks—how do you reconcile your love for someone with the revelation that they have behaved badly?"

The revelations have caused a look back at some of Lauer's past behavior, including the resurfacing of old Today Show sketches show sketches in which Lauer and others joke about sexual harassment. Lauer's well-publicized treatment of former co-host Ann Curry was attributed by media insiders to his creation of an unwelcoming "boys club" atmosphere, for instance, and during a 2012 appearance on Watch What Happens Live with Andy Cohen republished by TMZ, former co-host Katie Couric joked(?) that Lauer's most annoying quality was that "he pinches me on the ass a lot." Lauer was also widely criticized for interviews with Anne Hathaway and Corey Feldman in which he victim-blamed them for sexual harassment and assault.

remember when Matt Lauer grilled Anne Hathaway about a paparazzi's exploitative upskirt photo of her, said “seen a lot of you lately," then asked if she'd learned her lesson? https://t.co/8vYDG754e9
— Amanda Hess (@amandahess) November 29, 2017

Lauer has been part of the mainstream cultural landscape for 20 years, since he first became a Today co-host in 1997 and NBC's ratings took off. He and Katie Couric were live on air during the September 11th attacks, and he recently interviewed then presidential candidates Donald Trump and Hillary Clinton prior to the election. (He was widely criticized by people of all political stripes for his treatment of Clinton during that interview, however).