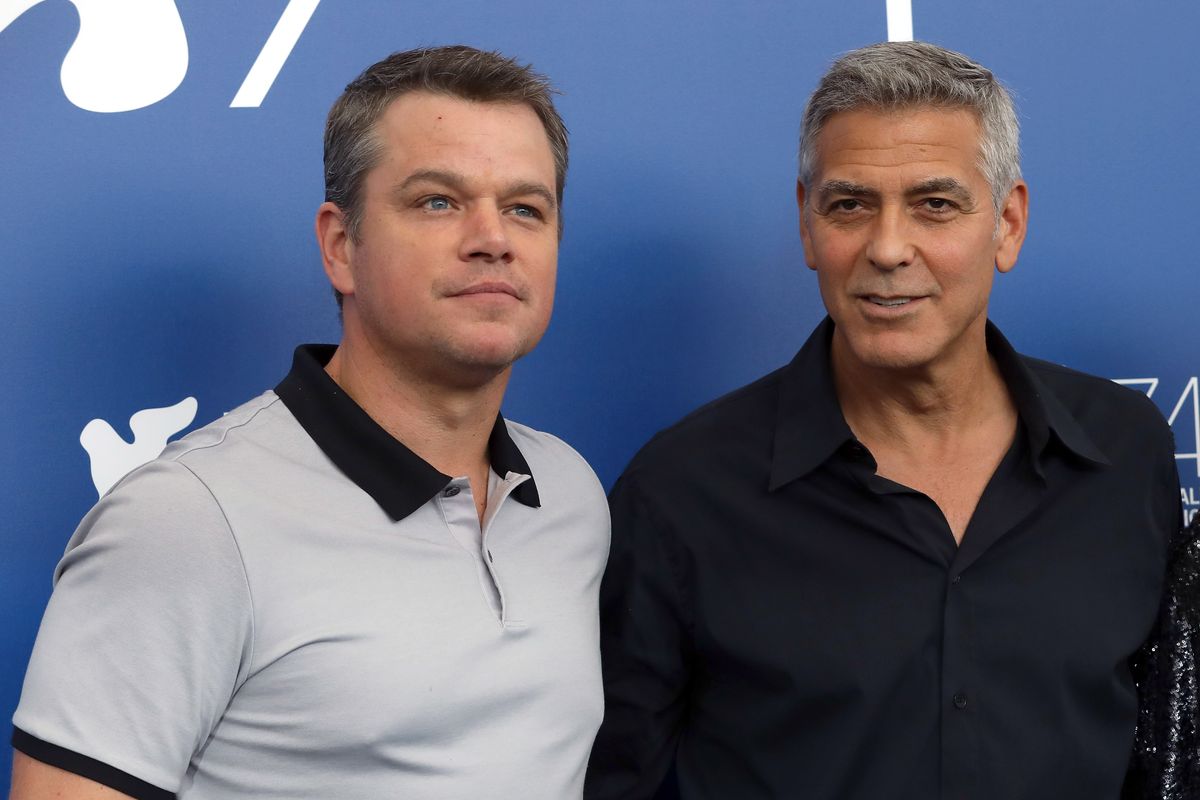 George Clooney and Matt Damon are two actors who worked with disgraced producer Harvey Weinstein early in their careers and now find themselves having to explain what they did or didn't know about his history as a sexual predator. The two are currently on a press tour for their new movie Suburbicon, and sat down with Michael Strahan on on Good Morning America this morning to talk about what they knew.

Both Clooney and Damon said that while they were aware Weinstein frequently hit on actresses, they didn't know he was a harasser or abuser. "I knew he was a womanizer," Damon said. "You know, I wouldn't want to be married to the guy. But I'm not, you know, that's not my business really. But this level of criminal sexual predation is not something that I ever thought was going on. Absolutely not."

Clooney said that Weinstein told him about his "affairs" with actresses. "I didn't really think that they were going to have affairs with Harvey, quite honestly," he said. "And clearly they didn't. But the idea that this predator, this assaulter … was out there silencing women like that … it's beyond infuriating."

Damon did say that he knew about Weinstein sexually harassing Gwyneth Paltrow in the late 90s when she was 22. Earlier this month, Paltrow told the New York Times that she told her boyfriend at the time Brad Pitt, who confronted Weinstein. "I knew the story about Gwyneth from Ben, because he was with her after Brad," Damon admitted.

He said, though, that things between Weinstein and Paltrow were worked out as far as he knew. "I never talked to Gwyneth about it. Ben told me," Damon said. "But I knew that [Weinstein and Paltrow] had come to whatever agreement or understanding they had come to. She had handled it. And she was, you know, the First Lady of Miramax, and he treated her incredibly respectfully. Always."

When Affleck posted on Twitter that he was "angry" about Weinstein's alleged behavior, Rose McGowan quickly called him a liar, saying he knew about the abuse because she told him when it happened. Two women have since come forward to accuse Affleck of groping them.